Blockchain-focused technology firm ConsenSys announced on October 28 that it entered into digital currency cooperation with the Central Bank of France (Banque de France). Agreed companies include names such as Accenture, Euroclear, and HSBC. Within the scope of the cooperation, tokenized 40 million Euro banknotes were issued with the support of the central bank.

LibertyX, America's first and largest network of Bitcoin ATMs, enabled Bitcoin withdrawal on 5,000 ATMs. He explained that Bitcoin sales to be made at ATMs will be subject to certain fees and the consumer fee is determined as 8%.

US-based cryptocurrency exchange Coinbase had a major problem near Bitcoin approaching its 2019 high of $ 13,880. He disabled the trade due to access issues experienced last night.

We see that a little more selling pressure is dominating in the crypto money market today. Before the US elections to be held on November 3, the weakening of hopes that a new economic support program will be implemented for the pandemic had a negative impact on the risk appetite across the market. The failure of the expected deal between Pelosi and Trump yesterday also deepened the sales. Nevertheless, BTC's perception of safe haven continues to consolidate, which yields 4 times better returns than gold on an annual basis.

When we consider BTC / USD technically; Although the $ 13,700 level has been tried, this region has not been overcome for now. Nevertheless, the flag formation continues in the $ 11,500-13,300 range. Because the $ 13,800 band is in front of us as the historical peak of June 24, 2019, and a strong resistance during the week. For now, we are watching the prices stabilize a little more. The uptrend continues, and the momentum signals some rest. 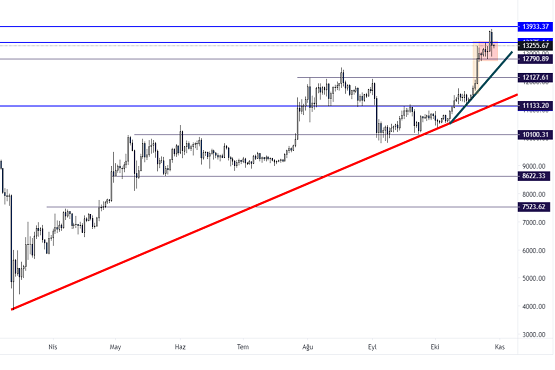 ETH is trading at $ 391 against the dollar this morning. Smart contract auditing firm Quantstamp announced that Ethereum 2.0 is almost ready to be released. The Ethereum community hopes that Ethereum 2.0 will be launched before the end of 2020. All these hopes keep Ethereum at a certain price level.

When we consider ETH / USD technically, the decreasing trend that occurred from the $ 488 level at the beginning of September is still up to date. On the other hand, the minor bullish channel that has existed since the end of September is also effective. However, at the intersection of the bullish channel and the descending trend, ETH was pressured and gave its first response as a pullback. In ETH / USD, which is currently holding at $ 390, there is room for movement between the point where the decreasing trend of $ 390-412 passes. 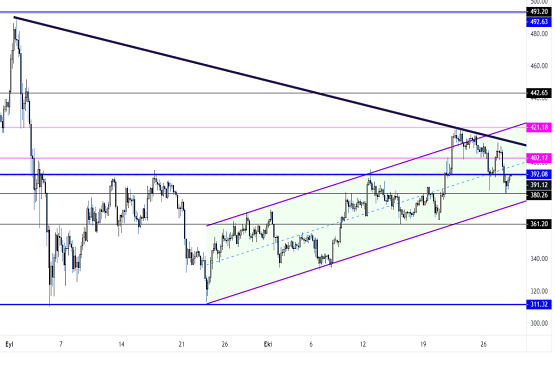 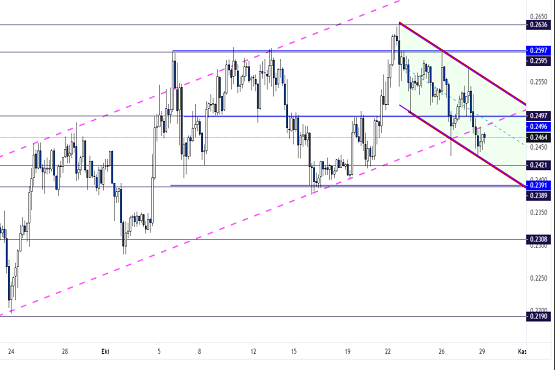 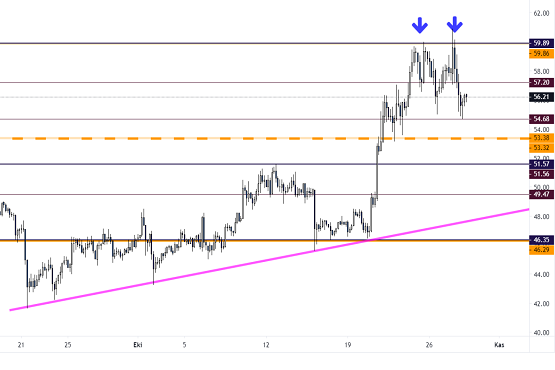