Gold Investors Are Switching to Bitcoin and Ethereum

Bloomberg Commodity Strategist McGlone says in a recent Stansberry Research interview that investors are “giving up gold” and instead take positions in the two largest cryptocurrencies by market capitalization.

During his Sept. 23 appearance on CNBC's "Squawk Box," Jay Clayton, the former boss of the U.S. Securities and Exchange Commission, made an upbeat prediction about the future of the cryptocurrency industry: I personally believe that this technology is here to stay.

Although it is highly variable, bitcoin returns have proven to be worth the risk that the asset carries. Bitcoin fully embodies Markowitz's theory in his article. An important contribution to a portfolio with a high and reliable return.

The head of Federal Reserve, Jerome Powell has announced that the agency will soon publish research findings examining the costs and benefits of central bank digital currency (CBDC).

According to the press release shared with U.Today, Stellar (XLM) and Polygon (MATIC), two mainstream smart contracts environments, will be 100% interoperable as the new bridge launches.

One of Largest ETF Issuers in the U.S. Has Partnered with Novogratz's Galaxy Digital Holdings

Invesco Ltd., one of the largest ETF issuers in the United States, has announced partnering with Michael Novogratz's Galaxy Digital Holdings merchant banking institution that works in the digital assets and blockchain industry.

Twitter has started rolling out a "tipping" feature that allows users to send bitcoin or cash tips. It is available for iOS users, Android users will also be able to start it soon. The company is planning to allow users to authenticate non-fungible tokens.

Bitcoin lost a 1,51% value during morning hours; the current price is $44.238. Economist calls Bitcoin “A Nobel Prize-Winning Diversification Strategy.” In the details attached, although it is highly variable, bitcoin returns have proven to be worth the risk that the asset carries. Bitcoin fully embodies Markowitz's theory in his article. An important contribution to a portfolio with a high and reliable return.

When we consider the BTC/USDT parity in technical terms, although yesterday with Evergrande related negative news, Bitcoin dropped first, and then swept its loss and closed the day 3% rise. In the daily chart, the MACD continues to give sell signals, but in the short term, metrics positively support a rise. If a negative news flow does not come up from China, the short-term price target for BTC is $45,739, which coincides with the 200-day moving average, as we mentioned in yesterday's bulletin. 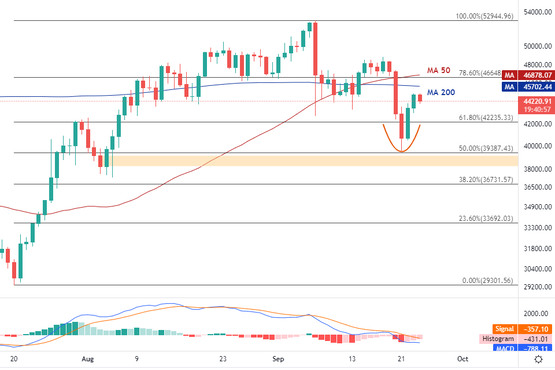 When we consider the ETH/USDT parity in technical terms, the critical downside price movement below the $2900 level could not be persistent, and candlestick patterns signal a turn-back. The parity has risen for two days, and it got a reaction from the first critical resistance at $3160. In the 4-hour chart, MACD gives a buy signal but in the daily chart, there is an ongoing sell signal. Our next short-term price target for ETH is $3300 still valid. 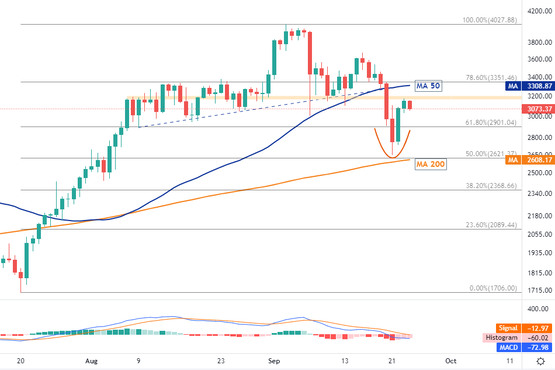 AVAX lost a 5,05% value during morning hours, and the current price is $72,88. When we consider the AVAX/USDT parity in technical terms, having a rising channel as of September 9, AVAX has tested $72,88 found at mid-channel this morning. In the 4-hour daily chart, MACD proceeds to give buy signals following the last days. If it holds above $76.27 as of the daily close, we think that rises will accompany. 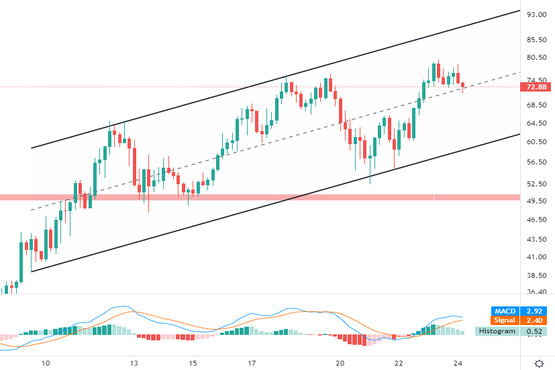 Ripple lost a 1,90% value during morning hours, and the current price is $0,9836. When we consider the XRP/USDT parity in technical terms, XRP, which recently rose above its 200-day moving average, continues to move within the resistance zone at $0.966-$1.01. Having broken the 1-dollar-psychological level upwards, XRP targets $1.088, if it remains above the $0.9623 level, which coincides with the Fibo'61.80 tranche in the daily chart. 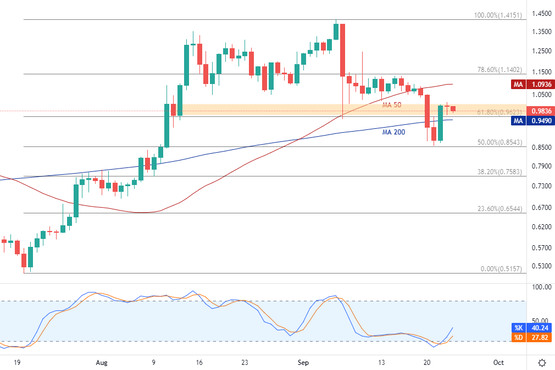 LTC lost a 1,22% value during morning hours; the current price is $161,9. When we consider the LTC / USDT parity in technical terms, having broken the $155.4 level downwards on September 21, equivalent to the Fibo'50 tranche, LTC broke this level upwards again with the market recovery of yesterday and closed the day above this level. LTC could not be persistent below the $155,4 and has risen towards the $165 resistance level. The next price target for LTC is $171. 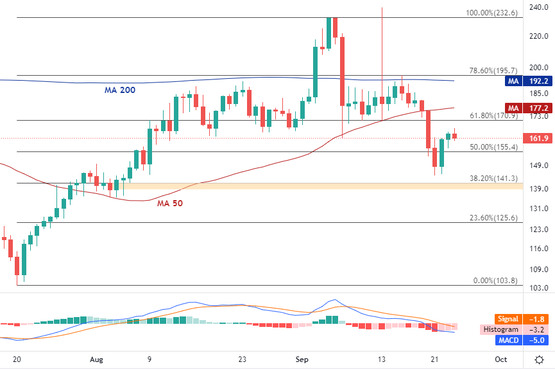 LINK lost a 3,00% value during morning hours, and the current price is $24,65. When we consider the LINK/USDT parity in technical terms, LINK, which rose by about 4 percent yesterday, closed daily above the resistance level at $24,3-$24.80. Stochastic proceeds to give buy signals. If a sharp selling movement does not occur in the majors, and LINK holds on to the new support level at $ 24.3- $ 24.8, the next price target is $27.1. 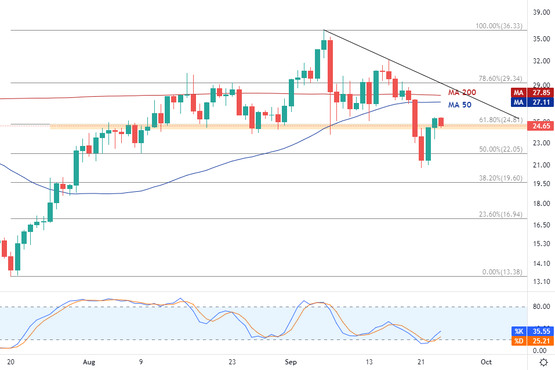 BAT lost a 1,91% value during morning hours; and the current price is $0,689. When we consider the BAT/USDT parity in technical terms, having risen recently alongside the support at $ 0.60, BAT broke $0.677 upwards yesterday, which coincided with the Fibo'50 zone. In the 4-hour chart, although MACD gives a buy signal, there is a stagnated upward trend. Although we cannot yet talk about a short-term trend reversal, it is critical to hold on above $0.677 found at Fibo'50 tranche, in the daily chart. The next major resistance level for the BAT is $0.73, which coincides with the downside trend. 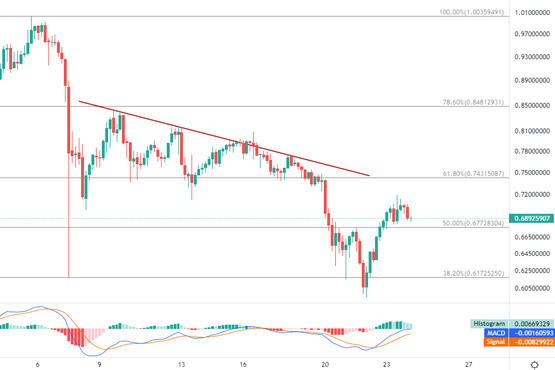