Andre Cronje, “DeFi's Grandfather,” who recently announced that he had abandoned all projects linked to the crypto ecosystem, mocked the sector on Monday saying it was “dead” because of its crypto culture's focus on wealth and ego.

Protection against social media campaigns spreading false information is also part of the importance attached to the cryptocurrencies being discussed to counter the alleged Russian cyber-attack intervention. At the same time, election reforms were announced that would prohibit political parties from accepting donations in the cryptocurrency.

Russian Banks Association, where the number of Russian banks and financial institutions exceeds 300, has called on deputies to criminalize cryptocurrencies held outside the central stock exchanges.

Ethereum's largest non-profit organization has revealed how much ETH it has in its treasury. As part of its effort to increase transparency by communicating its vision to the Ethereum community, the Foundation reports that 80.5% of the $1.6 billion is held in ETH, accounting for 0.297% of the total ETH supply.

“We continue to see demand for fast-growing industries, especially from young investors,” said Fidelity Investments, which has more than $11 trillion under its execution. In addition, the company announced that they launched funds to be traded on the stock exchange focusing on the crypto ecosystem and metaverse.

Bitcoin lost a 0,35% value during morning hours and is priced around $40.691. Grayscale had applied to turn the Grayscale Bitcoin Trust into a spot Bitcoin ETF. In a statement, the CEO of Grayscale said the SEC's approval of a spot Bitcoin ETF was “problematic when to approve it."

Starting on January 24th, Bitcoin continues its rising channel movement. BTC positively closed the day by wiping out its losses when pricing below the lower line intraday. There is a bullish engulfing pattern in BTC, where the daily close price appears to be higher than the former opening. The indicator shows an upward movement towards the 50DMA level, at $42.150. 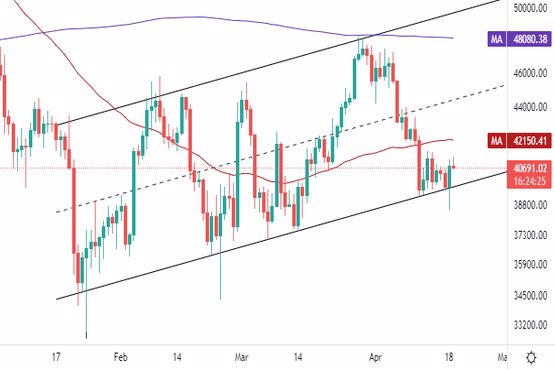 Ethereum lost a 0,50% value during morning hours and is priced around $3037. Ethereum's largest non-profit organization has revealed how much ETH it has in its treasury. As part of its effort to increase transparency by communicating its vision to the Ethereum community, the Foundation reports that 80.5% of the $1.6 billion is held in ETH, accounting for 0.297% of the total ETH supply.

When we consider ETH/USDT pair technically, ETH, which continues its price movement below its long-term downtrend on the daily chart, found support at $2986 (Fibo'50). In the short-term metrics, if the $3000 is not lost downwards again for ETH, which receives a buy signal, a rise might follow towards the level of $3500 (the 200DMA). 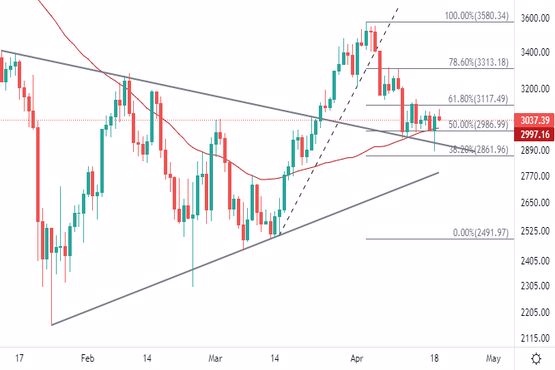 AVAX gained a 0,10% value during morning hours and is priced around $77.78. When we consider the AVAX/USDT pair technically, AVAX has repeatedly tested the uptrend and wiped out the intraday losses. As long as the trend is not lost downwards, the first price target is $84.42, which corresponds to the Fibo'50 slice. 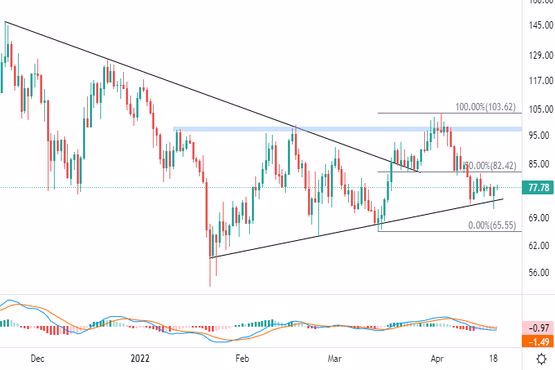 Ripple lost a 0,80% value during morning hours and is priced around $0.7640. When we consider ETH/USDT pair technically, the buy signal came in the MACD. XRP continues its price movement within the existing horizontal channel as of February. When the oarabolic SAR giving the buy signal, the canal middle line is the first resistance zone in XRP, where there is relief in the metrics in the daily chart. 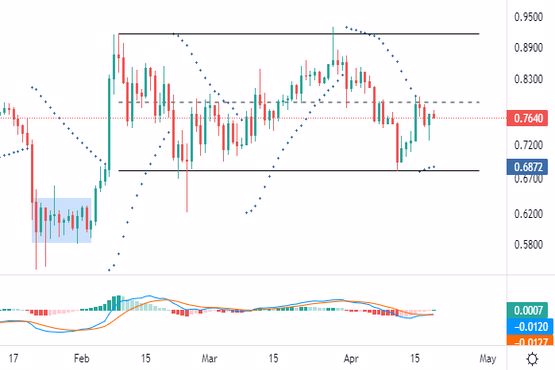 LTC lost a 0,40% value during morning hours and is priced around $110.9. When we consider the LTC/USDT pair technically, LTC had seen a reaction from $114.7, which is an important resistance level. As long as the demand for BTC and ETH continues, the level of 114.7 dollars can be broken upwards, along with the momentum expected to be captured during the dip. 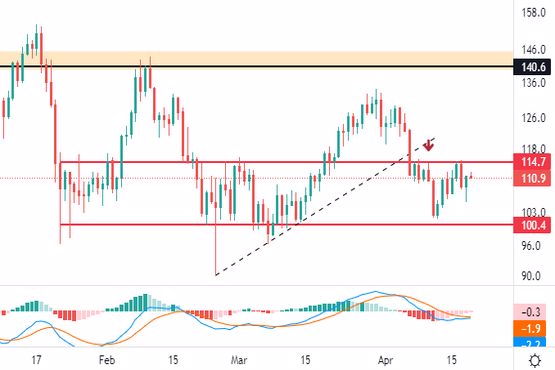 LINK lost a 1,30% value during morning hours and is priced around $13.88. LINK, which has been dominating the price movement below the downtrend since November 10, is priced close to the lower line of the horizontal channel that has existed for more than a year. As long as the demand area marked in blue is not lost downwards, rises might follow towards the supply zone marked in red. 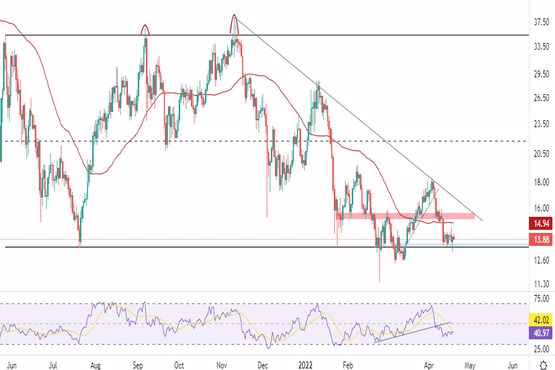 BAT lost a 1,35% value during morning hours, and is priced around $0.7506. When we consider the BAT/USDT parity technically, the price movement continues within the horizontal channel that existed as of March 14th. BAT saw a demand from the zone marked in blue and soared towards the middle channel. If the level of 0.80 dollars is broken upwards in BAT, which experienced a pullback when starting the day, an increase may occur towards the level of 0.97 dollars, which corresponds to the upper line of the channel. 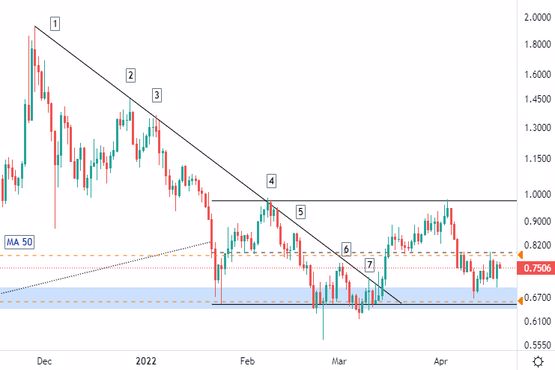