The G7 council of seven industrialized nations is set to issue guiding principles for issuing Central Bank Digital Currencies (CBDC). The G7 council comprises Britain, Canada, France, Germany, Italy, Japan, and the United States; however, none of the G7 members have issued a CBDC.

Parachains serve as L1 blockchains running on the Polkadot network. According to the report, the parachain auctions will determine which auxiliary blockchains can be integrated with Polkadot, thereby providing access to the robust features of the network and its growing user base.

Ethereum On-Chain Metrics Are Ready For A Rally

Ethereum is holding above its critical support, the supply of ETH on the stock exchanges is decreasing, and the number of new addresses on the network is increasing.

JPMorgan CEO Jamie Dimon touched on Bitcoin at the Annual Membership meeting of the International Financial Institute (IIF) on October 11 and claimed that the largest cryptocurrency is "worthless".

According to the Arcane Research report, the number of Lightning Network users could surpass 700 million by 2030. Remittance, gaming, and streaming use cases will help lift the scaling solution to that figure.

Bitcoin lost a 1,20% value during morning hours; the current price is $56.900. Arcane Research estimates that the number of Lightning Network users could surpass 700 million by 2030. Remittance, gaming, and streaming use cases will help lift the scaling solution to that figure. The lightning network, which became very popular after El Salvador and Twitter, is considered one of the most important factors in the rise of Bitcoin. So we think that its impact will continue in the long term.

When we consider the BTC/USDT parity in technical terms, after the sharp price movements of yesterday, Bitcoin is priced near the levels in May. The outlook is positive when we look at the metrics for Bitcoin price movement, which is dominated by a clear upward trend in the daily chart. Although there is a slowdown in the 4-hour chart, we expect price movement to continue upward. As we mentioned in the bulletin yesterday, the price target of $58.355 for BTC is still valid. Price movements near this level should be concerned; a sharp break can carry Bitcoin towards the peak level, $64,900. 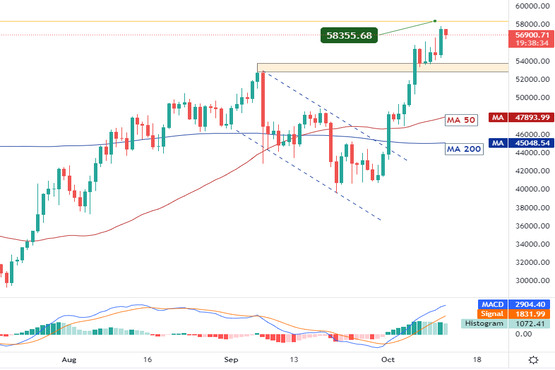 Ethereum lost a 1,40% value during morning hours, and the current price is $3492,81. Ethereum is holding on to the 50-day moving average, which is the critical support level. When we examine the on-chain data for Ethereum, the total amount of ETH held on exchange reserves is consistently decreasing. But, new addresses on the network are increasing day by day. That sets the ground for a new ETH era. ETH might run the show, even though currently ETH is slowly moving forward compared to Bitcoin, which is the leader of the market.

When we consider the ETH/USDT parity in technical terms, there is a head-and-shoulders pattern  in the daily chart, after ETH found the support at $3354 (50-day moving average) and began to rise. The head-and-shoulders pattern shows the trend reversal, but it can also function as a continuation pattern in solid trends. ETH to close the day above $3685 equivalent to the neckline in the pattern can trigger to rise towards the $4600 level (pattern target). 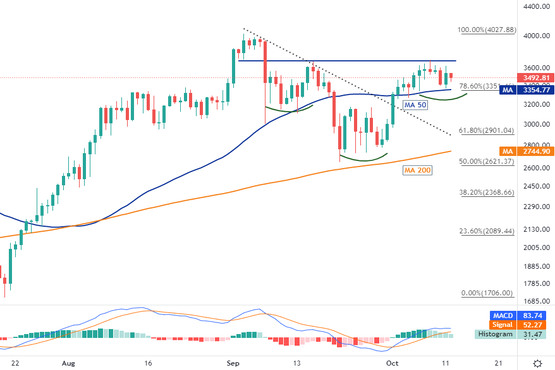 AVAX lost a 3,70% value during morning hours, and the current price is $53,45. When we consider the AVAX/USDT parity in technical terms, having been priced above $56,96 (50-day moving average), AVAX wiped the intraday income out and closed the day below. The MACD continues to give a sell signal in the daily chart, and the downward trend is current. As we mentioned in the daily bulletin yesterday, the next price target that should be followed with the downward break of the 50-day moving average is the level of $50.71 (Fibo'50). 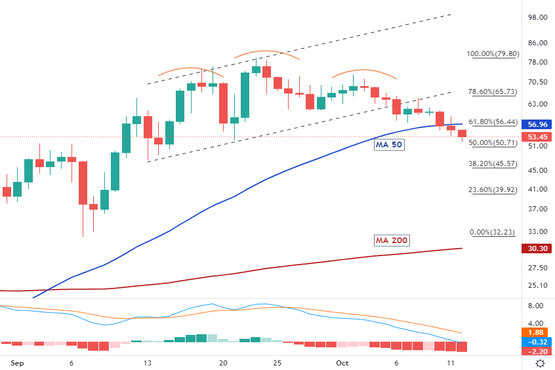 Ripple lost a 2,66% value during morning hours, and the current price is $1,1024. When we consider the XRP/USDT parity in technical terms, XRP broke the $1,093 (the 50-day moving average) level upwards, along with the above-average trading volume on Saturday, and retests the average again. In our opinion, XRP should hold above the 50-day moving average to rise consistently. The daily close below the $1,09 level can result in deeper corrections. We expect XRP to rise towards the $1,41 level if there is persistence. 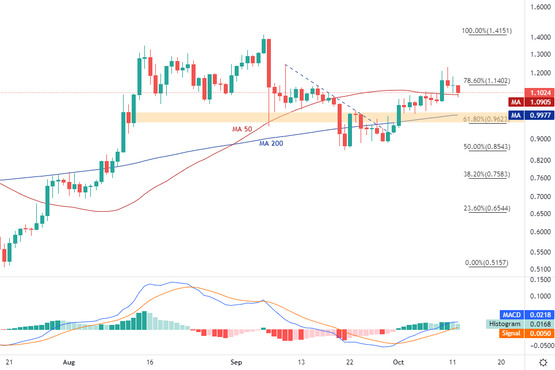 LTC lost a 2,55% value during morning hours; the current price is $174,6. When we consider the LTC/USDT parity in technical terms, having retreated over to $174,6 (50-day moving average) today, LTC has had the same price movement for a long time. MACD still gives a buy signal in the daily chart, but LTC had lost the upward direction; it is essential to hold on to the 50-day moving average. The daily close below it can lead to a retreat towards the $160 level. If LTC can hold on to it, we expect there will a rise towards the level of $189.2( 200-day moving average). 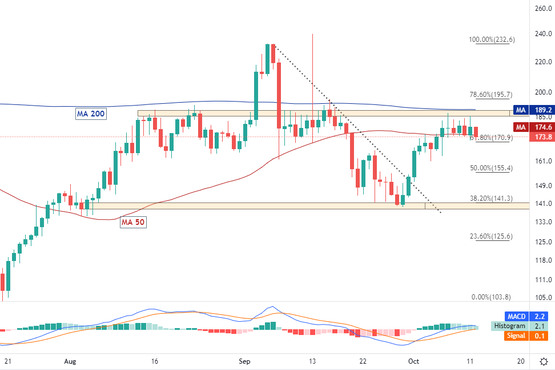 LINK lost a 2,75% value during morning hours, and the current price is $24,52. When we consider the LINK/USDT parity in technical terms, having risen to $26,78 (50-day moving average) yesterday, LINK reversed with the resistance of the mentioned level. Today, LINK continues to price down. Showing a sideways trend for a long time, LINK broke the level downward. If LINK breaks the level of $24.81 (Fibo'61.80) down, the next level to be followed is $22.05. 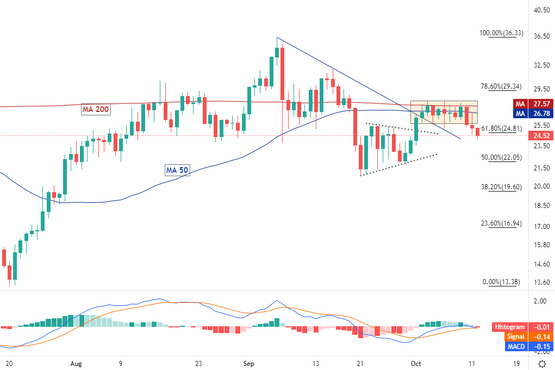 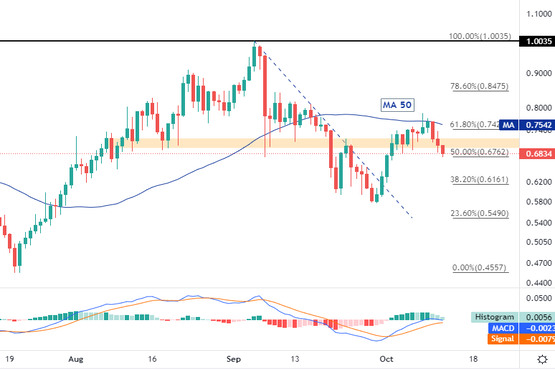