India Considers Imposing 28% Tax on Bitcoin and Other Cryptocurrencies!

India's top indirect tax decision-making body, the Goods and Services Tax (GST) Council, will put the future of indirect taxes on the table, according to a CNBC report. With the upcoming meeting, the tax rate on cryptocurrencies is expected to be 28%.

According to a survey of 81 central banks by the Bank for International Settlements, 60% of central banks are working on proof of concept, while 26% are piloting.
The number of banks evaluating Central Bank Digital Coins (CBDC) doubled in 2022.

Meta will start testing digital collections and NFTs on Instagram this week, CEO Mark Zuckerberg said in a statement yesterday. Similar to what Twitter and other social media platforms have done in recent months, content creators and collectors on Instagram will now be able to use NFTs as profile pictures.

India's Mumbai-based depository, NSDL, officially launched its distributed ledger technology, blockchain-based platform on Saturday (May 7th) during its 25th anniversary presentation. The platform is expected to strengthen monitoring of security and governance in the corporate bond market to bring “more discipline and transparency to the market."

SBI Motor Japan has announced that its customers can now pay for used cars using BTC and XRP. However, the XRP cryptocurrency will be located for the first time on a cross-border e-commerce website in Japan. The company stated that they are considering supporting other important projects that serve the demands of the expanding customer base.

Bitcoin's Inflow to the Stock Exchanges is at the Highest Level of 3 Months!

Bitcoin saw under $30,000. However, the digital asset has reached the highest level of stock market inflow in the last 3 months. Although the outflows compete with the inflows, BTC's rate of inflow into stock exchanges remains a reason for alarm.

Bitcoin gained a 5,11% value during morning hours, and is priced around $31.488.When we consider the BTC/USDT pair technically, BTC has lost the uptrend that has existed since December 2020 and broke it downwards again. Negative metric signals persist on the daily chart. As we stated in the daily bulletin last Friday, although we see that the downward movement continues at the weekend, we cannot talk about a clear reversal signal although there is some recovery on 1-hour and 4-hour metrics in BTC. 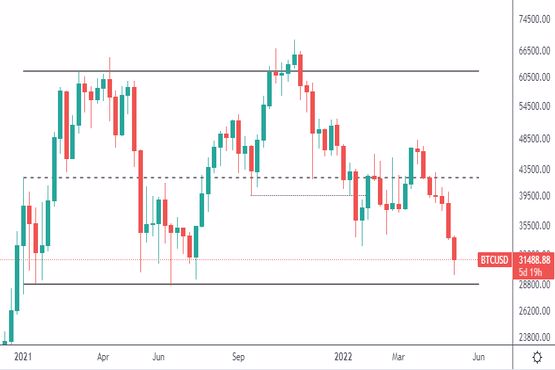 Ethereum gained a 6,86% value during morning hours and is priced around $2378. When we consider the ETH/USDT parity technically, there is an upward trend in ETH, which plunged to the previous dip level at $2200 dollars with the sharp drop yesterday. The support zone at $2480- $2515 was broken downwards yesterday, does not yet have a clear reverasal signal, but has a look that will support the relief rise in short-term metrics. The first level of resistance for a relief rise is read as $2500. 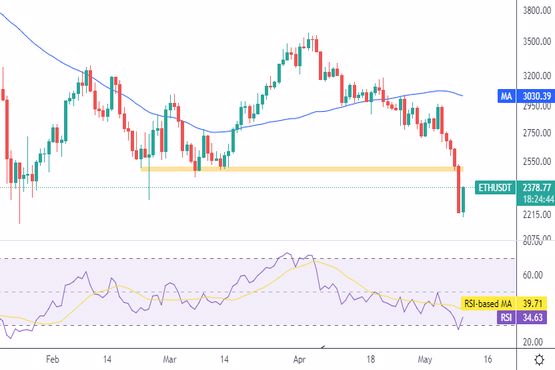 We see that the sales pressure experienced in parallel with the risky assets across the global markets on the first trading day of the week has been replaced by the effort to find support on the second trading day of the week. AVAX gained a 13,46% value during morning hours and is priced around $45.59. When we consider the AVAX/USDT parity technically, we see that $52.94 marked in yellow on the graph has come to the fore as resistance this time. A positive RSI divergence on a day-to-day basis suggests that reaction to AVAX may continue, but inflation data released by the US on Wednesday will be important for all risky asset pricing. 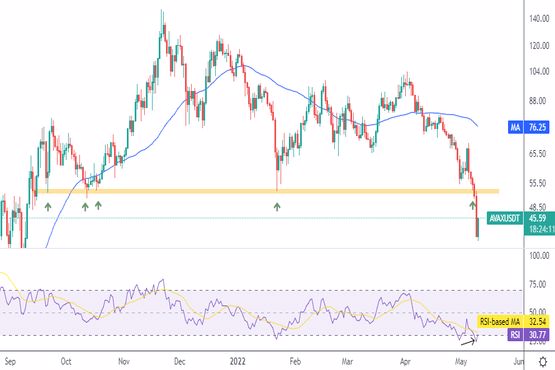 Ripple gained a 10% value during morning hours and is priced around $0.5188. When we consider the XRP/USDT pair technically, it appears to have plunged to the strong support level (existed as of June 2021) marked in yellow on the graph. As we stated in the daily newsletter yesterday, the strong support zone marked in yellow was also lost downwards in XRP/USDT, which we have not yet seen a reversal signal. XRP, which started the day positive this morning, rises towards the new resistance zone, and former support zone. Since we do not receive a clear reversal signal, the rise might be limited. 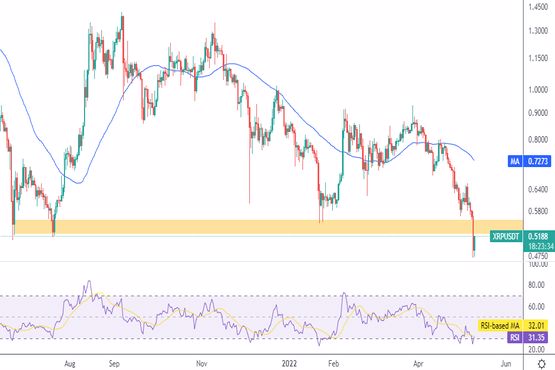 LTC lost a 8,75% value during morning hours and is priced around $81.5. When we consider the LTC/USDT pair technically, LTC plunged to $94.4, the vital support level. And it lost this level yesterday. Although almost all metrics on the daily chart show that they are located in the oversold zone, it is also useful to follow the price movements in BTC, ETH and LTC, which has not yet received a reversal signal. 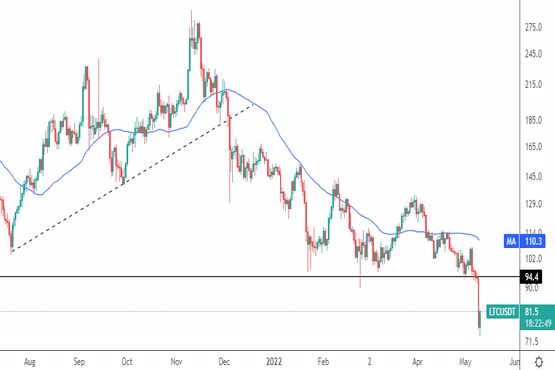 LINK gained a 11% value during morning hours and is priced around $8.81. When we consider the LTC/USDT pair technically, there is no major change in the outlook. When we consider the LINK/USDT pair technically, this horizontal channel (which exists for about 1 year) has recently been lost downwards in the parity. When we check the daily and short-term metrics for LINK, which we see as the drop continues to accelerate with this breakout, it does not receive any reversal signals. Negatively diverging across the market, LINK continued to decline to its next strong support level of $8.50. We don't expect this morning's rise to be permanent at LINK, where we haven't seen a clear reversal signal yet. 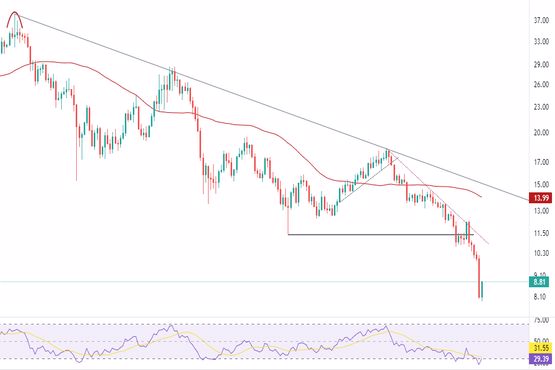 BAT gained a 11,28% value during morning hours, and is priced around $0.4811. When we consider the BAT/USDT pair technically, we see that the momentum continues its downward direction in BAT/USDT, which lost its support as of September 29, last week. No reversal signal has yet been received at BATUSDT, which has withdrawn to the next major support level of $0.45 in line with our expectations. 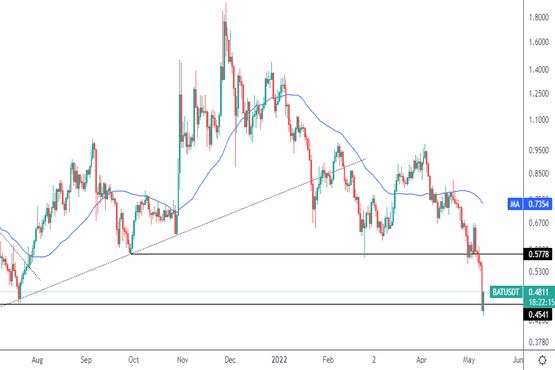