XRP dropped strongly as Coinbase dropped XRP from the list. Then it increased by 35% in the 45-minute period. Experts say this is a bit of a jam. According to the data obtained, the XRP futures contract of $ 96 million has been liquidated in the last 12 hours.

Bittrex, one of the leading US-based cryptocurrency exchanges, announced that, following the lawsuit between Ripple and SEC, it will not be able to trade with XRP as of January 15. The latest data show that Bittrex is trading approximately $ 130 million a day.

Grayscale's recent bitcoin purchases correspond to 10 times the amount of Bitcoins mined on a daily basis. Grayscale's BTC purchase on December 24 was 9,603, exactly 10.6 times that of the mined. This situation points to a "liquidity crisis" by many experts.

After the CBRT announced the digital money project, another step came from the Ministry of Commerce. In the statement made on the official Twitter account of the Ministry, the statement "Searching for the stars of the blockchain" took place.

Stating that Coinbase will remove XRP from the list a few days ago, investor Cochran stated in his last statement that the SEC is more active than thought and that it is in the research phase of other projects and companies.

Goods and Services Tax Proposal from India to Bitcoin

According to reports, India's Central Government, which ranks second as the country with the most Bitcoin trading in Asia, is evaluating the proposal to apply a Goods and Services Tax on Bitcoin. According to the draft, Bitcoin will be evaluated as an "intangible" asset, and a Goods and Service tax will be applied to all transactions.

Bitcoin tested the $ 28,200 level this morning, approaching its record $ 28,400. It continues its course with purchases close to 3% this morning. SkyBridge Asset with a portfolio of $ 9.3 billion purchased Bitcoin for $ 182 million. Greenpro Capital announced a $ 100 million purchase of BTC yesterday. Corporate buying news bolstered its rise every time Bitcoin turned to profit sales. These new developments caused Bitcoin to diverge positively from the market this morning. The number of open positions in CME futures has also been another factor supporting Bitcoin's rise. We can say that the existing long positions are not traded and there is confirmation of the bull walk.

While Bitcoin is at $ 28,200, the daily change in Grayscale is to sell 32 BTC. Technically speaking, momentum and MACD does not confirm the $ 28,400 break for now. Likewise, the image in the BTC / LTC pair does not indicate a strong breakout movement. Therefore, the permanent break of the $ 28,400 level is not supported by the morning variables. The double top formation ended because it did not receive confirmation. We are in the range of $ 26,300-28,400 in BTC / USD. The view is horizontal but positive. 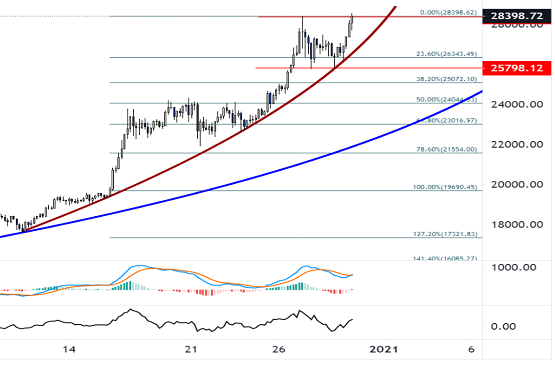 Ethereum is slightly positive at around $ 730 this morning. Ethereum, which moved positively in the emerging market under the leadership of Bitcoin, had sales in some Grayscale ETH funds yesterday. Therefore, while the movement was slower this morning compared to Bitcoin, the fact that most of the funds entered the port of Bitcoin and Ethereum due to Ripple's situation supports the price.

When we consider ETH / USD technically; Note that near $ 750 price activity slowed down somewhat, with horizontal oscillators overbought near $ 750, showing short term intraday weakness. The $ 720 and $ 700 levels are a horizontal trading band in retracements. Because if it breaks $ 700, the double top formation that may occur should be taken into consideration. Although the direction is positive, the moves are trading near the resistance level. 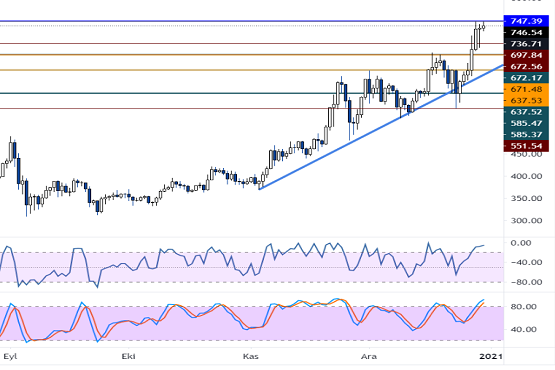 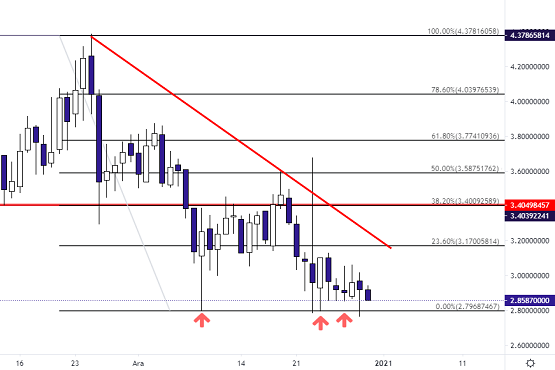 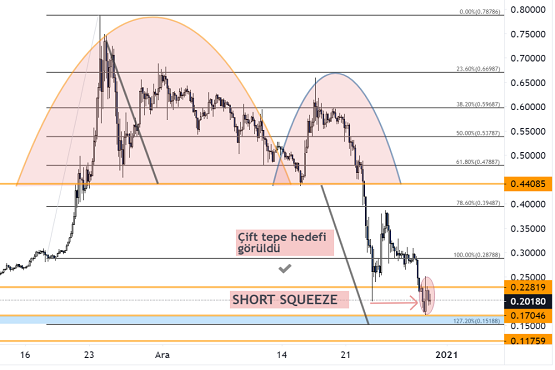 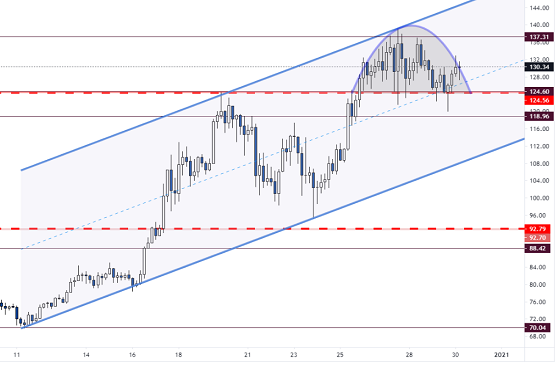 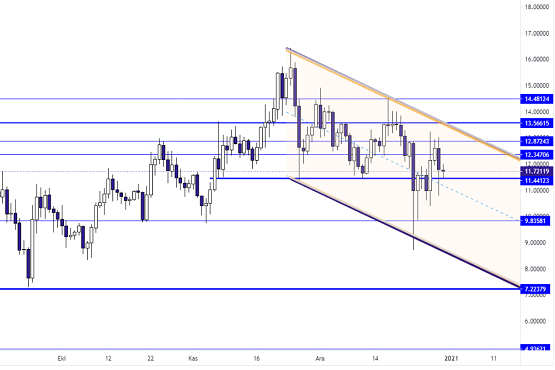 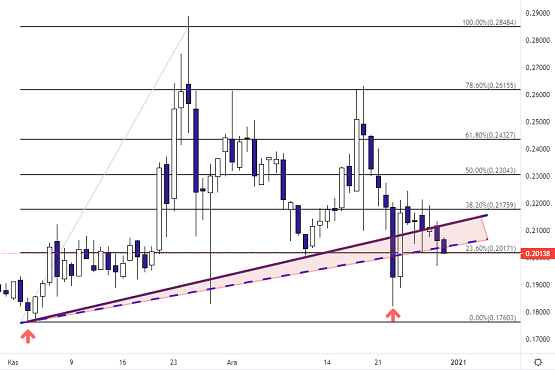