There may be good news for those hoping to earn new tokens by providing security to major blockchains using proof-of-stake. The IRS will not tax your unstaked cryptocurrency. In May, a Nashville couple argued that tokens obtained through proof-of-stake protocols are taxpayer-generated properties that should not be taxed until sold or bartered. The refund option can help clear up the POS tax in the future.

“HMRC treats crypto assets as property for tax purposes. "However, this is inconsistent with the approach currently taken by the government and other regulatory bodies in the UK."

According to several job postings, the American multinational entertainment giant The Walt Disney Company is looking for NFT specialists with various skills. The descriptions of the ads indicate that the company has bigger plans.

Bitcoin mining and its environmental impact have been the subject of heated debate both within and outside the crypto space. Mining for digital assets and other cryptocurrencies is said to be the 33rd largest energy consumer in the world, ahead of populous nations. This has raised concerns about carbon intensity and how mining could contribute to global warming. In a recent report, CoinShares found new data on the carbon intensity of Bitcoin mining after conducting an extensive study. The research report provides further insight into the mining industry and carbon intensity. Although Bitcoin is known to use a lot of energy, it was announced that its carbon intensity is still well below the global average.

India Reports Bitcoin Will Never Be Legal Tender In Country

The government of India has stated that cryptocurrencies will never be considered legal tender. India's Finance Secretary, TV Somanathan, explained in a conversation with Asia News International today that only the rupee and the yet-to-be-released digital rupee have legal tender status in the country.

Bitcoin gained a 0,10% value during morning hours and is priced around $36.939. When we consider the BTC/USDT pair technically, BTC continues price action below the downtrend on November 10. Retesting this trend below for the past 2 days, BTC failed to break the major trend and experienced a sharp decline yesterday. The trend works as a resistance zone on the chart, even if a retest of the downtrend occurred in the RSI, along with decline. The current outlook in BTC is that the drop may continue for a while. 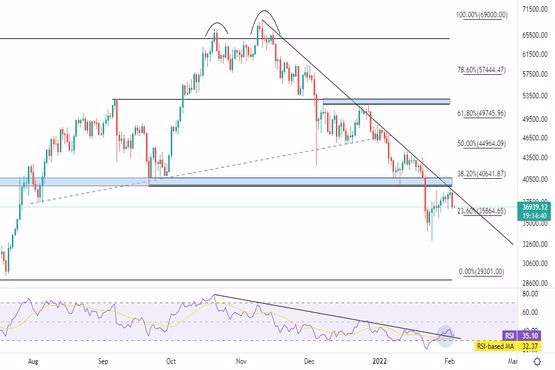 Ethereum lost a 0,70% value during morning hours and is priced around $2661,99. When we consider the ETH/USDT pair technically, ETH urged to the resistance level of $2800-2985 after finding support at $2324 and demand. When we look at the daily candle close in ETH, which faced resistance from this zone yesterday, it is seen that there is a bearish engulfing candle formation. We expect the declines to continue again towards the $2350 levels. 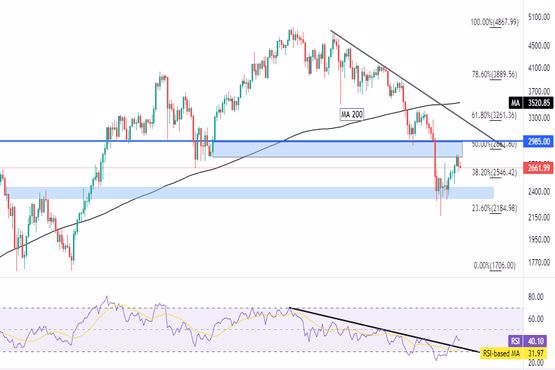 AVAX gained a 0,50% value during morning hours and is priced around $68,10. When we consider the AVAX/USDT pair technically, AVAX, which has risen to $76 after sharp falls, broke the formation on the 4-hour chart. In this period, when there are reactions from the resistance levels in the majors, the decline may continue towards the $60 levels for AVAX. 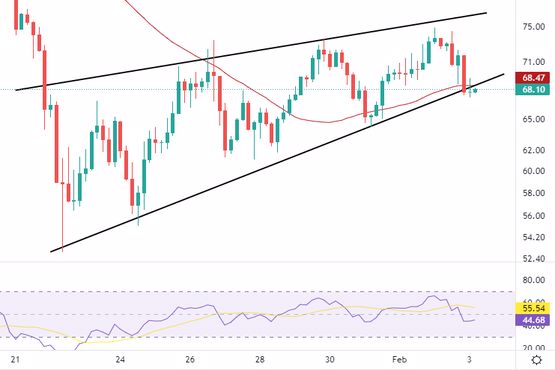 Ripple gained a 0,45% value during morning hours and is priced around $0,6032. When we consider the XRP/USDT pair technically, XRP has not a new outlook but a sideways trend. As of November 10, the price movement continues between $0.5182-0.7121 in XRP, which has been experiencing price movement below the current downward trend. The price action in the 4-hour chart hasn't shown a breakout of the sideways trend yet. An upward break of this zone to $0.7121, and a downward break to $0.5185 might trigger price action. 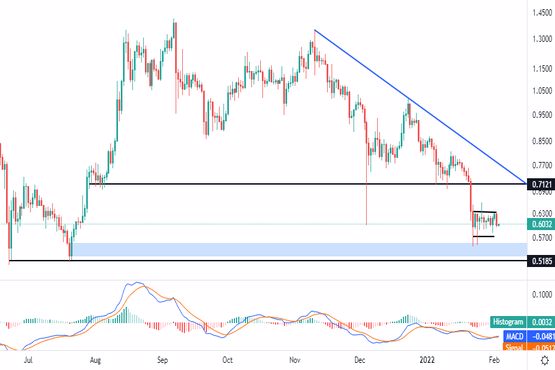 LTC lost a 0,30% value during morning hours, and is priced around $108,2. When we consider the LTC/USDT pair technically, LTC had a sideways trend between $113,1 and $104,9. Yesterday, it broke the $113.1 level, but again went in horizontal line along with sales. Also, we see there is a bearish engulfing candle. Considering those datas, it is expected that the decline in LTC will continue. 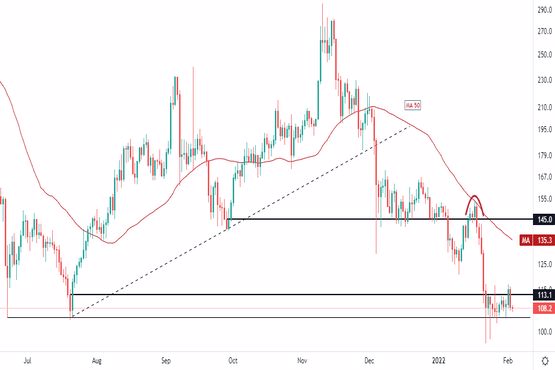 LINK gained a 1,05% value during morning hours and is priced around $15.65. When we consider the LINK/USDT pair technically, LINK continues price action inside the ascending channel as of July 2020 in the weekly chart. However, when we look at the short-term outlook in the 4-hour period, there has been sharp selling in LINK, which has a short-term descending triangle formation above the $16.80 level, with the downward breakout of this triangle. With those sales, the next support level for LINK, which broke down its short-term uptrend, is at $14.60. 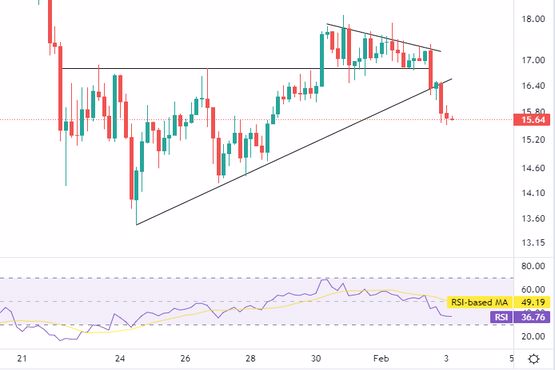 BAT gained a 0,60% value during morning hours and is priced around $0,8156. When we consider the BAT/USDT pair technically, the outlook stays same. BAT, which has tested 5 times before and has broken the strong uptrend that has existed since June 2021 recently, retested it yesterday. After facing resistance, BAT suffered a sales pressure. If BAT fails to break above the $0.8757 level, which coincides with the uptrend and is an important horizontal resistance level, a pullback towards the blue-marked support zone can follow. 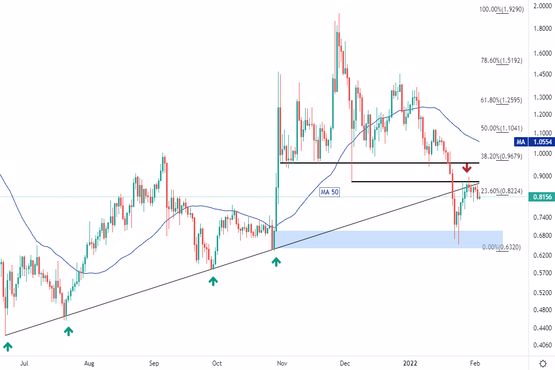