There were many rumors that the Ethereum merge would create a fork and that a different Ethereum would be formed with the pressure of the miners. While there is less than 2 months left to switch to PoS in Ethereum, it is said that there will be a split after the merger occurs. It is said that investors who invest in the PoW consensus, as well as miners, can vote against the destruction of all mining power they have, in the transition to PoS, asking for an old ETH to be found. Thus, for each ETH, an AirDrop of the other ETH will have to be made.

Japan, which is preparing a central bank digital currency (CDBC), has been conducting feasibility tests and digital currency studies since 2021. It even moved to phase 2 of trial testing in April. However, after insufficient interest and request from the public, the Bank of Japan decided to postpone these studies and the CDBC decision.

Australian computer scientist Craig Wright, known as one of the main whales, claimed to be Satoshi Nakamoto. This claim, which many people believe and many oppose, has been put an end to by the British Royal Courts. Wright's initial statement was declared false in almost every respect.

Following his negative and controlling statements about cryptocurrencies last week, SEC Chairman Gary Gensler saw a great reaction. Gensler said he thinks crypto exchanges should be overseen and controlled like stock exchanges. The number of the petitioners demanding the resignation of Gensler, who has previously made many negative statements about crypto assets, has reached 16,000.

Total Loss of $15 Billion in Ethereums Locked for Ethereum 2.0

As it is known, for the ETH merge, most Ethereum investors had locked their Ethereum for their rewards. It was announced that there was a total of $ 15 billion of unrealized losses in these ETHs that have not been used for a while. According to reports by Glassnode and CoinMarketCap, the current price of ETH is almost 45% lower than the average price at the time of the $1600 lockdown ($2400). This brings the total loss of 13 million staked ETH to $15 billion on average.

We see that the upward trend slowed down after the 24,000 levels and even started to reverse. Following the data from the Fed and the momentum created by the positivity of the balance sheets, BTC started its turn movement again. The Job Opportunities and Personnel Change Rate, which will be announced at 17.00 Turkey time today, is one of the data that can affect the price. We see that Bitcoin's decline is especially effective in the downward movement that occurred in the Nasdaq in the evening.

Bitcoin is pricing in at $ 22,886 with a loss of 1.71% in the morning hours. BTC, which broke the critical support levels one by one with the decline it experienced yesterday, fell to $ 22,500 levels after the first fall below the 22,900 level and saw a support purchase in the last 5 hours at a volume below average. If Bitcoin continues its decline, we can say that the first support zone is 21,800 after 22,500. 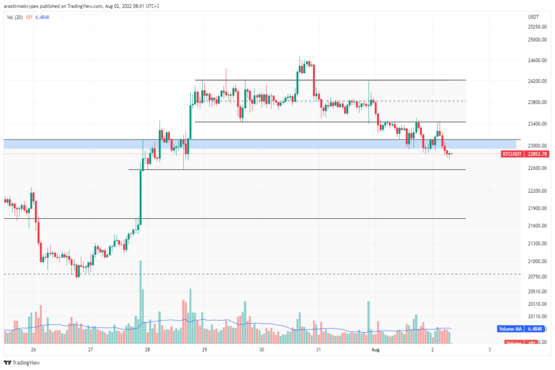 Today, ETH, which lost 3.39% of its value in the morning hours, is priced at $ 1575. In Ethereum, one of the best rising coins of recent times, we see that the momentum created by the merge news is coming to an end. In ETH, which left its investors undecided after the news of the split, although the authorities made statements that there would be no problem, the speculative news may cause the investor to move away a little more. Ethereum has repeatedly tested the range we have shown as the critical zone between 1690-1650 following the horizontal movement. Finally, ETH, which continued its decline after breaking down at 21.00 yesterday, fell to $ 1570 levels. ETH, which is currently on a weak support that has already worked, could fall to the critical support at $1490 if it breaks here. 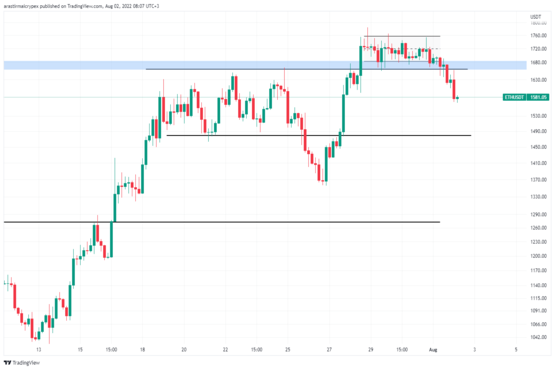 AVAX, which has lost 4.62% of its value as of the morning hours, is priced at $ 22.52. AVAX was in the resistance zone of the downward movement. However, after failing to realize the upward breakdown, it started its downward movement.AVAX, which made 3 peak movements between $ 22.50-26, is currently testing the 22.50 level downwards. A break below this level may lead to a return to 20.50 levels. 20.50 was one of the most difficult resistance levels in the upside breakdown. We can say that that region will not break easily, but if it breaks, we can return to $ 16 levels. 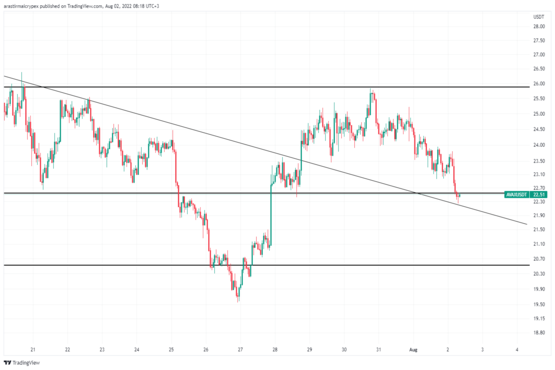 XRP, which lost 1.69% of its value in the morning, is priced at $ 0.3727. Looking at the daily chart of Ripple, it is still in an ascending triangle pattern. Although it made its upward breakdown on Sunday, Ripple, which returned to the channel again, is currently making a rise. In the upside breakdown, we can say that the current target is 0.3770, and in the downside, the level of 0.35 is an important support. 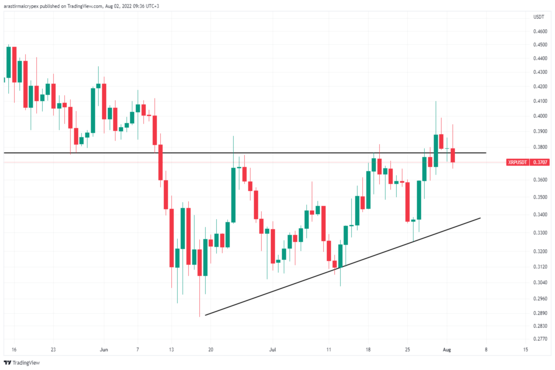 LTC is trading at $57.37, down 3.47% as of the morning hours. LTC showed everyone its weak negative pricing after returning into the channel. LTC, which broke the support at 58.4 on the downside, is currently trying to make a comeback from the $57 level. If the reversal fails, we can say that the channel mid-band of $53.90 is critical. 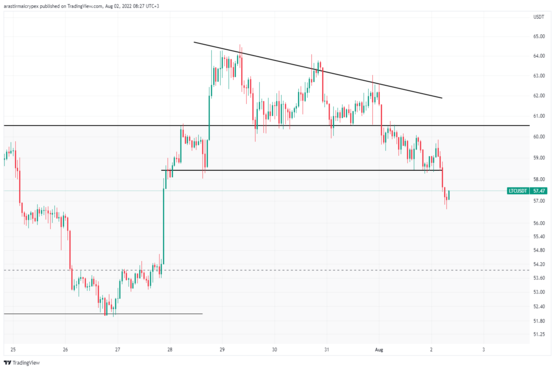 LINK is down 6.09% at $7,109 today. LINK was one of the coins most affected by the decline in the market. LINK, which has fallen to the $7 level, may fall to the channel mid-band. In case of a break of the 6.73 level, we can say that caution should be exercised. 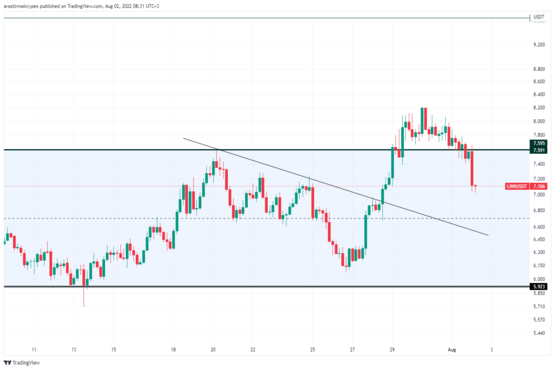 BAT is trading at $0.3937, down 5.90% as of morning hours. BAT made an incredible volume move yesterday and rose to the upper band of the channel, and then returned to the same price by seeing the same rate of sales in the following hour. Afterwards, BAT continued its bearish movement and returned to the channel middle band of 0.3970 levels. In case of a breakdown of this level, we may see a regression in the BAT back to the channel lower band. Therefore, we can say that caution should be exercised in maintaining this level. 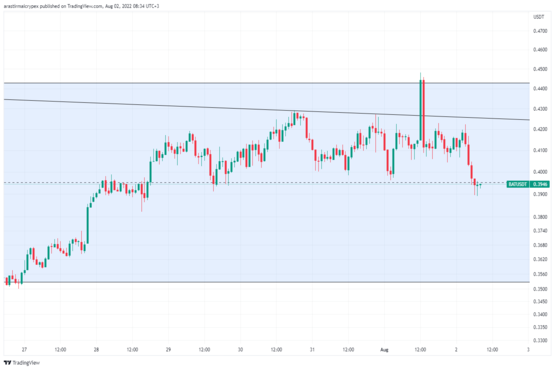