It Has Been Announced That 200 ETH Worth of NFT Has Been Stolen From The Famous NFT Collection!

From the Bored Ape NFT Collection, it was announced that 200 ETH worth of NFT was seized. The incident took place when Bored Ape Yacht Club's Discord server was hacked.

Important Digital Asset Disclosure from the Governor of the Bank of England!
Andrew Hauser, one of the Governors of the Bank of England, gave a speech about the Federal Reserve Bank of New York and digital currencies. He stated that Central Bank officials should be prepared for the significant impact of stablecoins. Hauser also said that a combination of Central Bank digital coins and stablecoins could significantly affect Central Banks' control over money distribution and monetary policies.

A bill was created in New York to ban mining. It was stated that the bill was made due to environmentalism and carbon emissions and was in the approval stage. If adopted, New York would become the first state in America to ban mining. It is known that in some states, municipalities provide income through mining or have mayors who receive their salaries in cryptocurrency.

Stablecoin Law from Japan!
In Japan, with the Terra crisis, it was decided to take measures regarding stablecoins in order to avoid a similar crisis. According to the law adopted by the parliament, Japanese citizens will only be able to access Stablecoins through authorized institutions and banks.

Bermuda Wants to Be a Digital Asset Center!
The island nation, located in the North Atlantic Ocean, is working to become a digital asset hub. Jason Hayward, the country's Minister of Economy and Labor, stated that they are aware of the movements and decline in crypto assets and that they are confident that this decline will not prevent the island from becoming a crypto center, and that this decline will even help them in their long-term plans.

Shiba Signed With The Brazilian Football Team!
Shiba, which has made agreements with many places for daily use and has its payments accepted, recently agreed with Sao Paulo. According to the announcement made from the official account of Sau Paulo FC, ticket purchases can now be made with Shiba.

The positive atmosphere that occurred last weekend continued on Monday with the American Stock Markets being on holiday. However, with the negative start on the American Stock Exchange as of Tuesday, there was a decline in BTC from 32,000 levels to 29,000 levels. We can say that the fear of recession is not over yet and despite the weak stance of altcoins in this process, Bitcoin's strong stance between the 29,500-300 band is positive. At the end of the week, Bitcoin, which makes a weekly green bar, seems to have gained momentum to the market on Monday morning after making a red bar for the 9th week at the top. 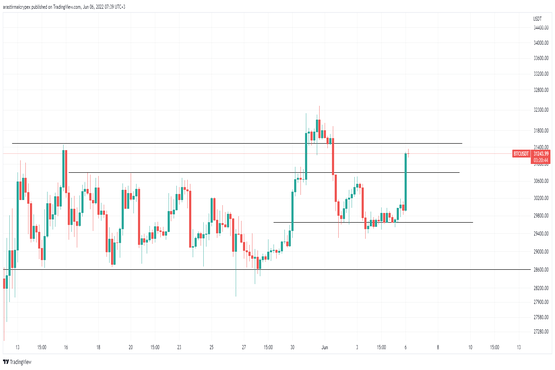 Although Ethereum is a weak image based on price, as the merge date approaches, the number of positive news increases. The number of addresses holding 32 or more Ether has reached its highest level in the last 13 months. In addition, the number of addresses holding 1 or more ETH has increased steadily since late May. This is described as a preparation for the whales' merge, which is scheduled for June 8 via Ropsten. So the result of this test seems to be very effective in the pricing of ETH and the entire coin market.

ETH, which gained 4.08% in the morning hours today, is priced at $ 1879. Ethereum is within a 4-hour falling channel and we can say that the critical levels for the upward movement are the 1950-2000 band. 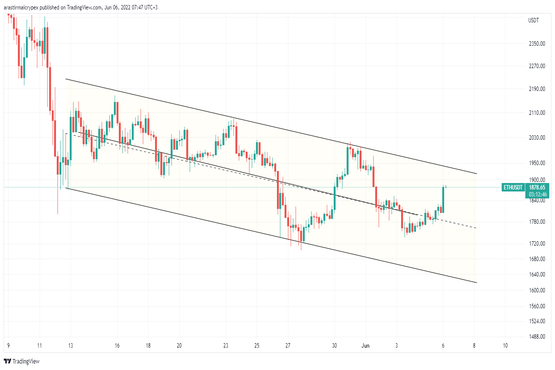 AVAX, which increased by 9.55% as of the morning hours, is priced at $ 26.47. We see AVAX entering a symmetrical triangle pattern on the 4-hour chart. We can say that the resistance point is very close and the upside breakout attempts have taken place, and that the upside breakdown requires closures above the 26.70-27 dollar band. 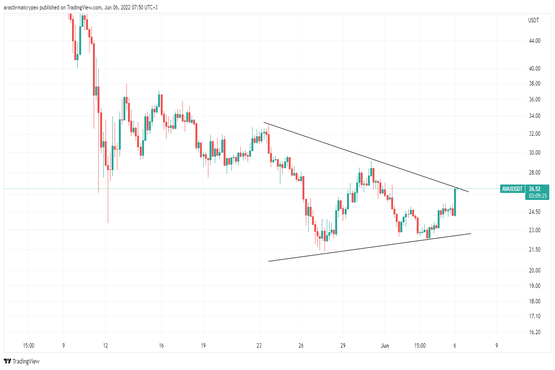 XRP, which gained 2% with the morning hours, is priced at 0.4032. When we examine the 4-hour chart, we can say that XRP, which is in a falling channel, has tried many times to break the resistance in the past week, but then it has retreated to the middle of the trend and now it does not seem strong enough to make an upward breakout. 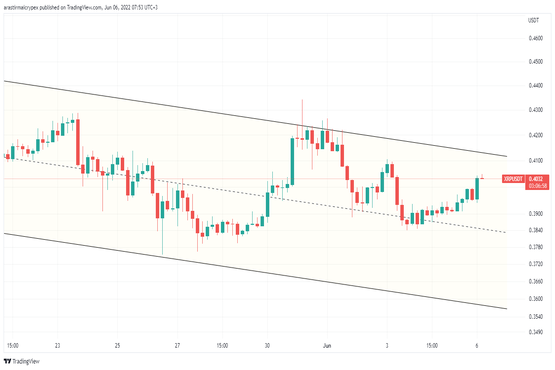 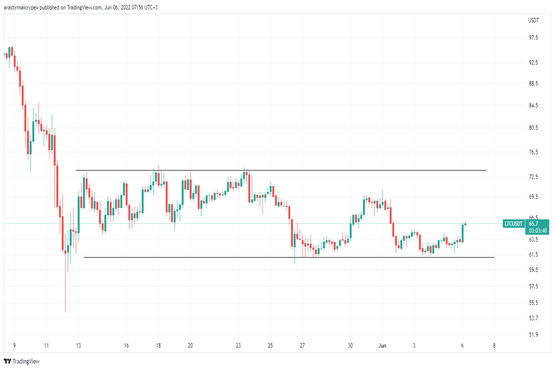 LINK, which has lost 2.36% of its value as of the morning hours, is priced at $ 8.01. When we examine the 4-hour chart, we see that a falling channel has been broken upwards and the rising movement has not stopped after the breakdown. We would like to say that the next resistance point is at the $9 level. 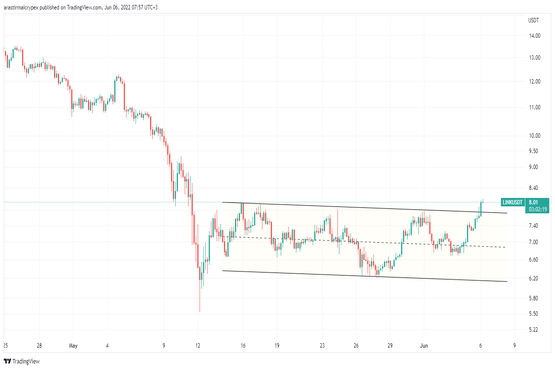 BAT is trading at $0.4040, up 5.07% as of the morning hours. When we look at the 4-hour chart, we can say that it is in a falling channel and that the channel is approaching the resistance levels and that the upward breakdown requires closures above 0.41 levels. 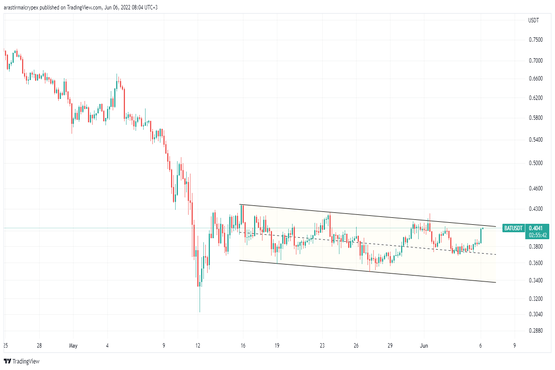