Mizuho Bank, Japan's third-largest bank, and the country's local payments giant Japan Credit Bureau (JCB) are preparing to issue a digital identity based on blockchain technology. The new system, announced by Fujitsu on its official website, will use a blockchain solution developed by Fujitsu Lab.


Trump Seeks A Larger Economic Stimulus Package
US President Trump's announcement caused movement in both BTC and altcoins. Donald Trump said he was willing to go beyond the $ 1.8 trillion bid for a virus aid plan already offered by Nancy Pelosi.

Cryptocurrencies Are Almost As Popular As Gold Among Russian Investors
The World Gold Council, a giant market development organization in the gold industry, published a report on individual gold investments in Russia on 20 October. When the investments made in Russia in the last 12 months are examined, cryptocurrencies with 17% slice ahead of gold in 16%.

Bitcoin is taking a strong stance, with gains of around 4% this morning making its rise fundamentally and technically for some time. We stated that the market dominance increased to 62.5% and stole the role from Etheruem in our newsletter yesterday and evaluated the reason as safe harbor demand. The main reason behind this rise of Bitcoin is the incentive package announcements and the transformation of its strong stance according to global markets into an element of trust. Expectations that the economic stimulus package, which is still in negotiations in the US, could be implemented before the 3 November Presidential elections increased after the President of the House of Representatives Nancy Pelosi gave the administration a deadline until Tuesday.

When we consider BTCUSD technically; the most important bullish signals came from this side. The formation of two flags triggered the rise and indicated that the trend would continue. While the first flag ends with the appearance of $ 12,200, the other formation with a wider angle will not end until $ 12,600 is seen. For this reason, the uptrend and slope are followed. 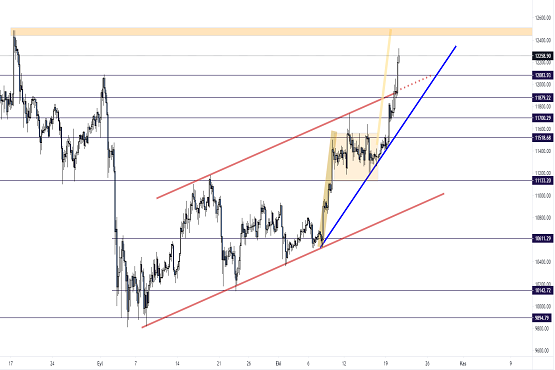 Ethereum remained lower in terms of return compared to BTC, the leading coin in the crypto money market. DeFi tokens and the Ethereum network are becoming popular where the risk appetite of the market is high. The risk to the US election results in global markets and the increasing cases of Covid in both the US and Europe led investors to safe harbor assets. However, this does not mean that ETH and DeFi tokens were sold, but the amount locked in DeFi reached $ 11.3 billion.

When we examine Ethereum technically in dollar terms; Three different appearances occur in the 4-hour period. The main trend is a horizontal channel, the secondary trend is a bullish channel, and a more minor trend is in a descending channel. However, momentum and MACD indicators continue to hold their momentum. Therefore, our position in the upper band of the minor channel for ETH, which is exactly $ 381, turned the attention to an upward break. Still, without this breakdown, the trading band is densely in the range of $ 365-382. 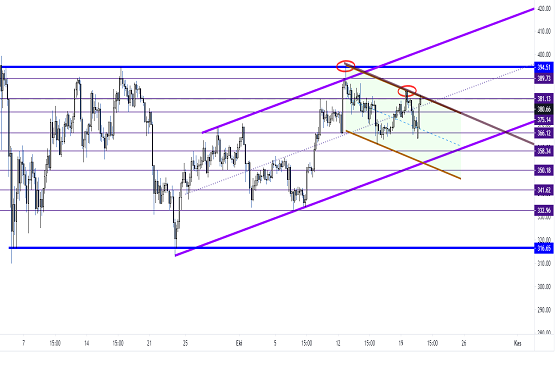 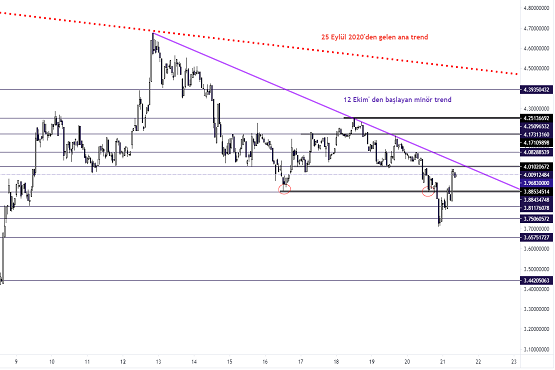 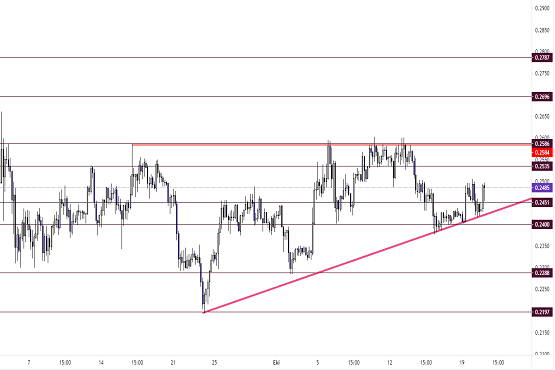 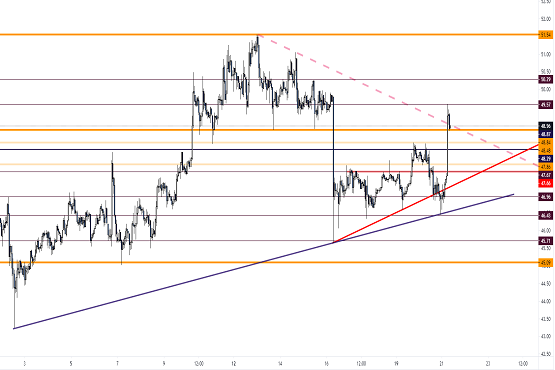 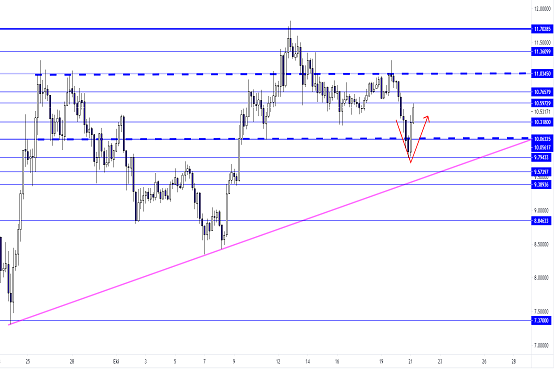 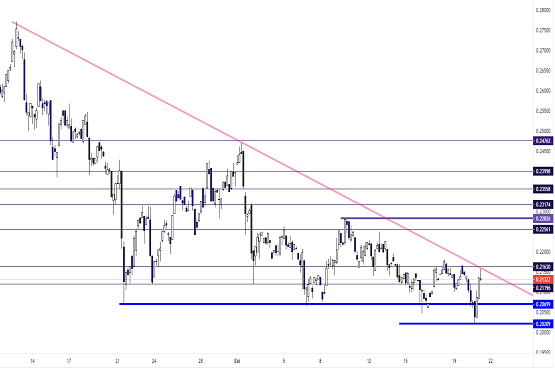