JPMorgan took a big step into the metaverse with the popular blockchain-based virtual world Decentraland on Tuesday. The "Onyx lounge" was introduced along with a report outlining the bank's growth opportunities for businesses and the reasons for its "increasing interest" in the metaverse.

The US Securities and Exchange Commission has launched an investigation into the US-based arm of the cryptocurrency company, Binance.US, according to a report released by the Wall Street Journal on Tuesday.

Fidelity International, a global subsidiary of one of the world's leading investment companies, has announced the launch of its first Bitcoin exchange-traded product (ETP) in Europe, ETF Stream reports. Fidelity Physical Bitcoin ETP is listed in Frankfurt under the code FBTC. Trading under the ticker FBTC, the ETP will charge a fee of 0.75%.

Today, U.S. Representative Josh Gottheimer unveiled the early draft of a bill regulating U.S. dollar-backed stablecoins. The proposed legislation would designate certain stablecoins as "qualified" and apply traditional deposit insurance to stablecoins. Qualified stablecoins can only be issued by banks or non-banks that meet certain regulations.

Bitcoin lost a 1,45% value during morning hours and is priced around $43.949. Fidelity International, a global subsidiary of one of the world's leading investment companies, has announced the launch of its first Bitcoin exchange-traded product (ETP) in Europe, ETF Stream reports. Fidelity Physical Bitcoin ETP is listed in Frankfurt under the code FBTC. Trading under the ticker FBTC, the ETP will charge a fee of 0.75%.

When we consider the BTC/USDT pair technically, BTC broke the downtrend as of November 10 and surged towards $45.855. This zone (the dip level on December 2021) worked as a resistance level and along with sharp sales, BTC retreated below the 50MA level. Strongly holding onto its 50MA, BTC is bullish again and is trending upwards to the resistance zone marked in yellow. Although the current view creates a possible head-and-shoulders formation, a daily close above the $46,900 level is required for confirmation of this formation, and this formation may push the BTC price to the $58,000 levels. 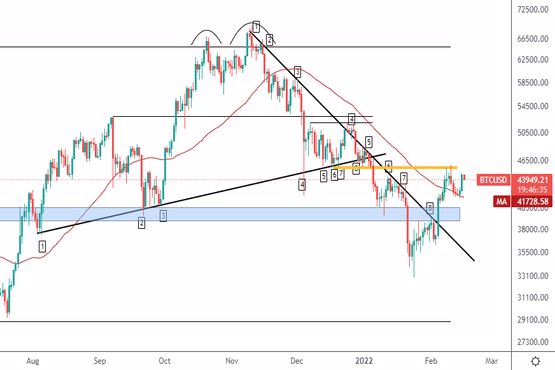 Ethereum lost a 1,95% value during morning hours and is priced around $3134. When we consider the ETH/USDT pair technically, ETH broke the short-term minor trend upwards and continued its rising towards the major downtrend. For ETH, which tested this trend last week, the breakout of the trend could not persist. Although there was a short-term pullback in the morning hours for ETH, which broke both the 50MA and the downtrend yesterday, with above-average trading volume, we expect the uptrend to continue for a while. 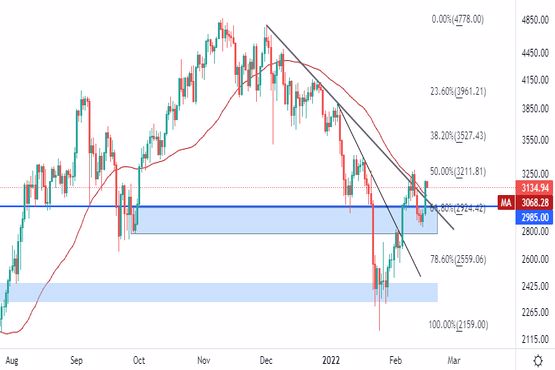 AVAX gained a 0,50% value during morning hours and is priced around $93,71. When we consider the AVAX/USDT parity technically, AVAX, which tested its major long-term downtrend several times, broke the 50MA level ($84,15) and major downtrend with an above trading volume and closed the day. A few days of persistence above this level could bring AVAX to $100. 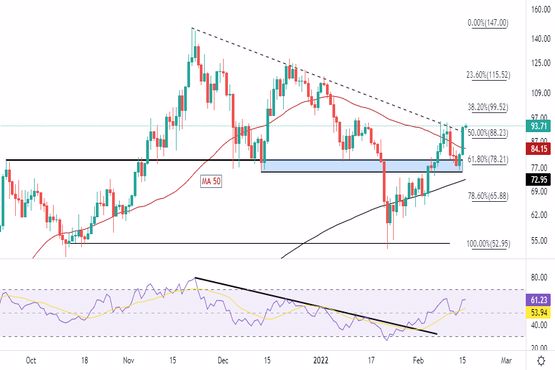 Ripple lost a 2,40% value during morning hours and is priced around $0,8351. When we consider the XRP/USDT pair technically, XRP broke the downtrend and 50MA level, it had experienced a sharp rally towards the 200MA level. It gained a more positive outlook than the general market. This week, we expect the rises to continue towards the 200 MA for XRP, which accompanies the market. 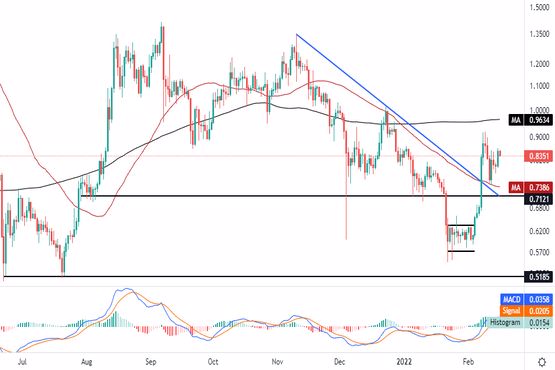 LTC lost a 2,50% value during morning hours and is priced around $129,3. When we consider the LTC/USDT pair technically, LTC, which has seen a horizontal price movement between $113,1 and $ 104,9 for a long time, broke the sideways and surged towards $145. After facing resistance from this zone, LTC lost the level of $129,8 (50MA level) on Friday. LTC broke the 50MA level yesterday with above-average trading volume. If a persistence above this level occurs, it will trigger a rise towards $145 again. 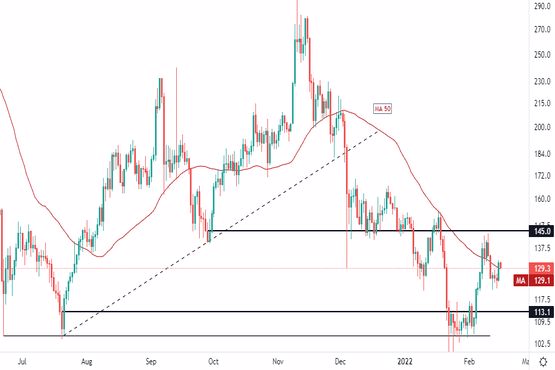 LINK lost a 2,85% value during morning hours and is priced around $16,94. When we consider the LINK/USDT pair technically, LINK continues price action inside the ascending channel in the 4-hour chart. During the price action below $15, LINK received a bullish signal with the formation of a positive divergence in the RSI, and faced a reaction from the $17 level, which corresponds to the middle band of the channel. If the breakout of this zone occurs, a rise towards $20 might continue. 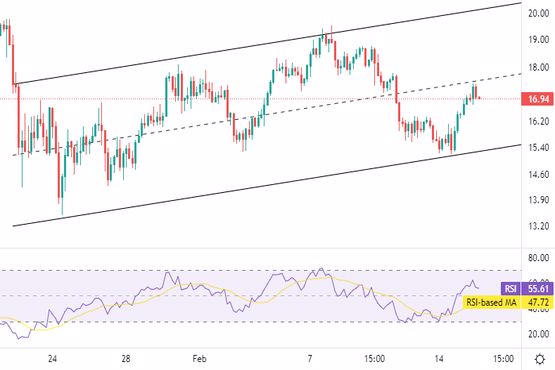 BAT lost a 1,5% value during morning hours, and is priced around $0,8432. When we consider the BAT/USDT pair technically, there is no major change in the outlook. BAT often tested the strong uptrend on June 2021 and broke it downwards last week. Then, it retreated towards the target level of $0,80. As of last night, we think that a short-term rise might follow for BAT, which appears to have positive divergence and confirmation in RSI. The first major resistance level is $0.9715 (50MA level). 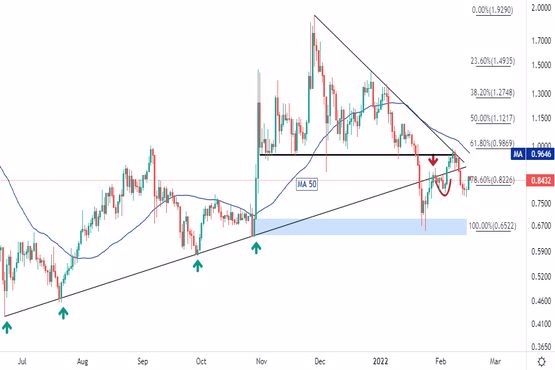