The scheduled date for Ethereum's transition from PoW to PoS is August or September. It is said that this transition may even start a new bull season in the crypto money market. However, constant delays rumors accelerated significant declines in crypto assets. However, the merge test, which has been announced as June 8, will be the first concrete information that people will be able to obtain about the ETH test that will take place.

UK's Crypto Asset Plan!
In the UK, tests will be conducted for the use of blockchain technology in traditional financial operations. (It will be used to exchange shares and bonds.) According to government officials, while the digital pound studies are already underway, these developments have led to rumors that the UK is working and planning to become a crypto money center in the future.

Positive Development from PayPal to the Crypto Market
Although crypto could be traded for a while through PayPal, one of the leading companies in payment technologies, the purchased assets could not be moved to another address. According to the statement, PayPal now allow the crypto coins owned to be moved to other addresses.

Crypto-Friendly Senator's Bill
Cynthia Lummis, the cryptocurrency-friendly senator of the United States State of Wyoming, has presented the bill on crypto assets. The draft law will introduce crypto assets into the financial order. The bill includes proposals on stablecoins and mining. In addition, the bill includes studies on the expenditure and taxation of crypto assets.

An Important Partnership Move from Ripple: Agreed with Lunu!

USDD, which was launched as Tron's stablecoin, has increased measures to prevent a crisis similar to the UST crisis experienced by Terra. When Tron founder Justin Sun made the announcement on his Twitter account, it was announced that USDD contained a large amount of BTC, USDT and TRX in order to be more comfortable to use and reassure USDD in the future.

BTC, which entered the week in a positive direction, continued to rise with the positive movement of the American stock market. However, the investigation opened by the SEC yesterday about BNB Coin caused a short-term shock in the market and returned the BTC price to 29,000 levels. However, with the panic of the investigation slowing down and the US stock market closing positively, BTC returned to 31,000 levels. Then it returned to the 30,000 band. However, this was the 5th day that BTC broke above the 31,000 level in the last 1 week and maintained its strong image at the 30,000 levels.

Bitcoin is pricing in at $ 30,344 with a loss of 2.49% in the morning hours. Although it had a slight decline as of the morning hours, which had an active day between the levels of 29,000-31,500 yesterday, it managed to stay above the 30,000 level. When we look at the weekly chart, Bitcoin, which is in a rectangular formation, has started to give a return signal from the critical region. He has moved away from the critical levels that he has not been able to get rid of for 3 weeks with the green bar he has made in the last 2 weeks. 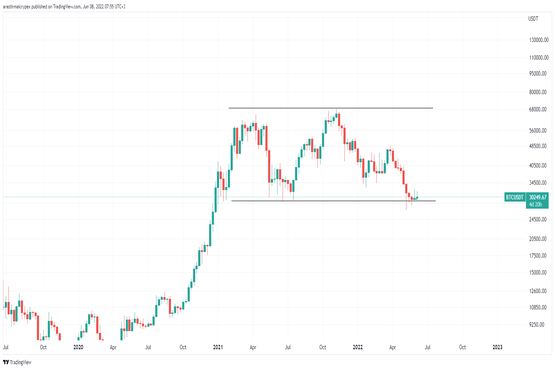 1 day before the Ropsten merge test, the decline in the entire crypto market due to the negative news also affected Ethereum and the price fell to 1730 levels. The test, which was announced to take place today, has created an instability in the Ethereum price for the past 2 weeks and a weak image in this instability, but it seems quite likely that the price will return to the levels where BTC was priced at 31,000 levels if the test is positive.

ETH, which lost 1.32% of its value in the morning hours today, is priced at $ 1789. Ethereum is located in a channel that has been falling for 4 hours and has been positioned in the middle-upper part of the channel for the last 2 days. We can say that the critical levels for the upward movement are the 1950-2000 band. 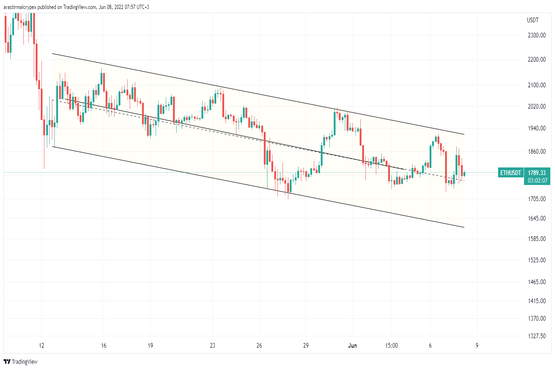 AVAX, which is down 1.67% as of the morning hours, is priced at $ 24.21. Avax's weekly chart is approaching the bottom of the ascending channel and the $23 level must not be broken in order to stay above this uptrend, which has been in it since January 4, 2021. 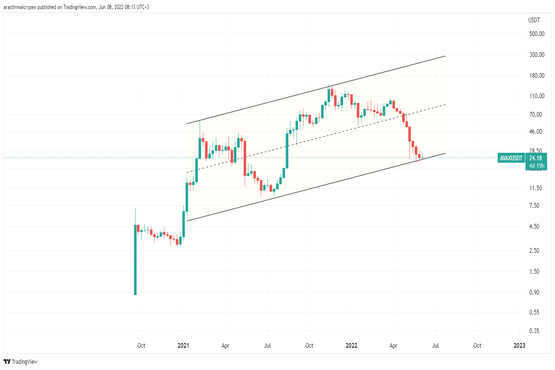 XRP, which lost 2.11% of its value in the morning, is priced at $ 0.3990. When we examine the 4-hour chart, we see that XRP, which is in a falling channel, tried to break the channel upwards yesterday, but failed to break it again. 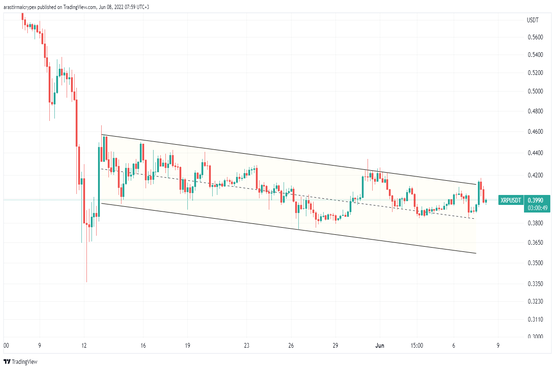 LTC is trading at $62.7, down 1.72% as of the morning hours. When we look at the 4-hour chart, we see a rectangular formation. After the reversal from the bottom of its formation, it advanced to $ 65 levels, but returned to $ 62 levels in the morning hours. 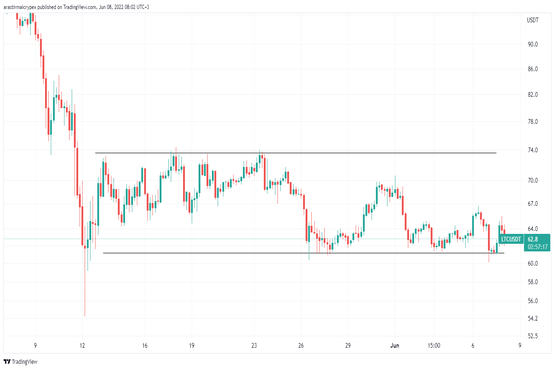 LINK, which has lost 2.74% of its value as of the morning hours, is priced at $ 8.45. When we examine the 4-hour chart, we see that the falling channel it is in has managed to break upwards last night and then remain at those levels. The next resistance points appear to be around 9.20 and 11.50. 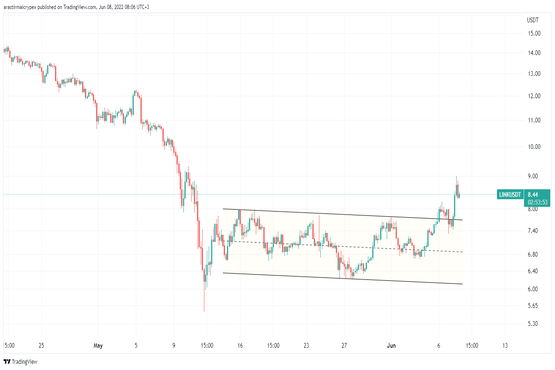 BAT is trading at $0.3931, down 0.03% as of morning hours. When we look at the 4-hour chart, we see that it is in a falling channel and although it tries the upward breakdown many times, it returns into the channel without succeeding. 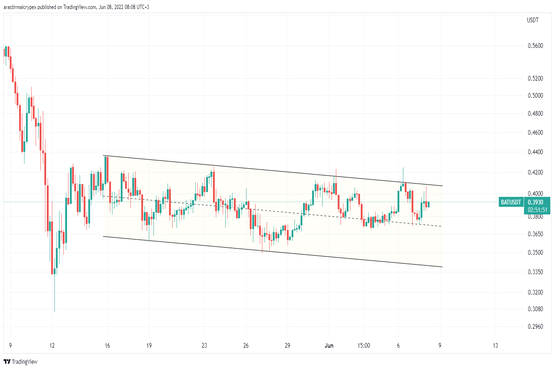