In addition to Bitcoin and Ethereum, Leonteq is launching a wide range of crypto assets in Germany and Austria, offering products with Aave, Algorand, Bitcoin Cash, Cardano, Chainlink, Cosmos, EOS. Some of them are: Litecoin, Maker, Polkadot, Ripple, Stellar.

PSG claimed the move to pay Messi cryptocurrency positioned him as "one of the most innovative brands in sport globally."

Powerbridge Technologies plans to invest in cryptocurrency mining for Bitcoin and Ethereum through globally planned operations.

On August 12, 2021, Australian subsidiary Mawson Infrastructure Group announced that it had signed a contract with Canaan Convey Co to purchase 15,000 Bitcoin mining devices.

Just a week after implementing one of its core upgrades, the Ethereum network has burned more than $100 million in fees. This amount, which amounted to more than 32,000 ETH burns, contributed to last week's rise.

Bitcoin, which gained about 1.5 percent in the morning, is priced at $45,088. When we check the chain data for Bitcoin, we see that the 7-day average of net flow from exchanges/exchanges is at negative levels, that is, BTC output from exchanges to wallets continues. At the same time, when we look at the ratio of btc held on exchanges to the total amount of BTC in circulation, it is seen that it is about 13.2%. The diminishing supply of the stock markets indicates that the medium and long-term expectation for BTC is on the upward trend.

When we consider BTC/USDT parity in technical terms, BTC continued its price movement within the remaining rising as of July 20th, losing its momentum in the uptrend. Btc, which fell below 45.175, which coincided with yesterday's withdrawals and its 200-day moving average, closed below this level. BTC tested its 200-day average again with daily candle opening. When we examined it over a 4-hour period, it signaled buy in the stochastic oversold zone and btc broke the channel middle band, which was at $45,000, again. If the 200-day moving average breaks upward again and persists on it, rises towards the upper band of the canal can be expected. 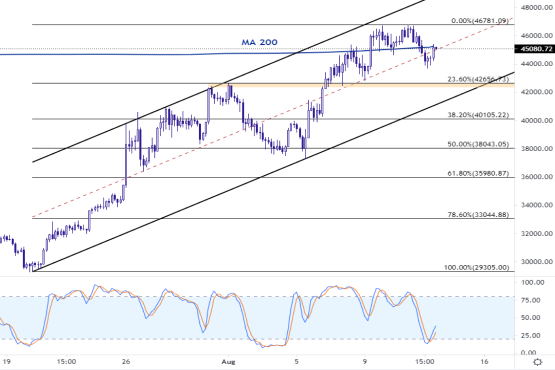 Ethereum, which gained about 1.38 percent in the morning, is priced at $3088. When we look at the circulation between exchanges and wallets in the last 24 hours, it is seen that approximately $160 million of ETH has been transferred from exchanges to wallets. For ETH, which we have seen for a long time, the start of its burning with the London hard fork will have a positive effect on the price in the medium and long term.

When we consider the ETH/USDT parity technically, ETH continued to move in price within the rising channel for about 25 days, losing about 4 percent with the market-wide retreats yesterday, falling to $3000, which corresponds to the channel subgroup. When we examined ETH, which found support at these levels last night and in the morning, in a 4-hour period, it signaled buy as of the 4-hour candle we were in in the stochastic oversold zone. If the channel sub-band is lost downwards, the next level of support for ETH is in the $2890 - $2930 band. If the channel sub-band continues to operate as support, $3350, which corresponds to the channel middle band, is our first target level. 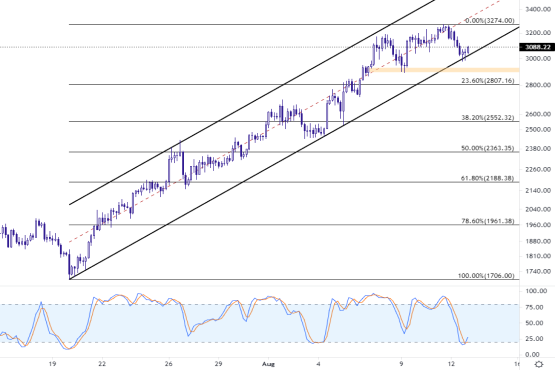 AVAX, which gained about 1.88 percent in the morning, is priced at $16.88. When we technically examined the AVAX/USDT pair, AVAX, which continued its price movement within the existing rising channel as of July 20, started the retreat movement with resistance at $17.5, which coincided with the channel upper band yesterday, and fell to our target of $16. AVAX, which is recovering rapidly with its support at $15.60, which corresponds to Fibo'23.60, broke the channel middle band upwards again. Although MACD continues to sell over a four-hour period, the pressure towards a downturn appears to have subsided this morning. The next target for sustained rises is $18.20. 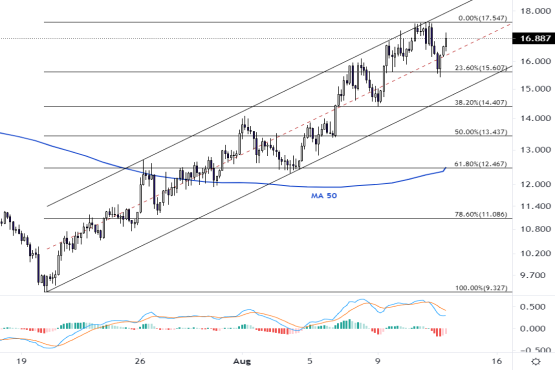 XRP, which appears to be dominated by horizontal price movement in the morning, is priced at $0.9783. When we consider the XRP/USDT parity in technical terms, XRP, which has been moving in price within the rising channel for a long time, recently experienced a rapid rise by breaking the channel top band up. As of yesterday, the channel upper band was broken downwards and the withdrawals in XRP, which was being priced back in the channel, found support from the region close to Fibo'23.60 and also the channel mid band of $0.914. In the 4-hour period, macd signaled to sell with the candle we were in. If the support he found last night is inadequate, the next level of support should be followed by the channel sub-band. 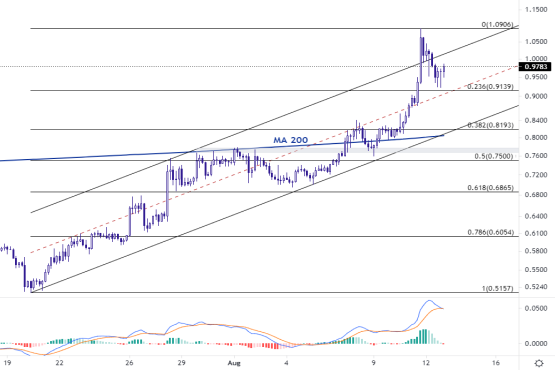 LTC, which gained about 1.9 percent in the morning, is priced at $167.62. When we consider LTC/USDT parity in technical terms, yesterday's sell signal on MACD remains valid in LTC, which continues to move prices within the channel that rose as of July 20th in a 4-hour period. As we noted in the bulletin yesterday, LTC, which we expect to experience a retreat to the $160 levels to create demand again, has fallen to $160.77 and appears to have found support from this region again. As price movements close to support continue across the market, if it starts to rise with the support it has found in BTC, we expect the rise to start towards the next target level of $200 for LTC. 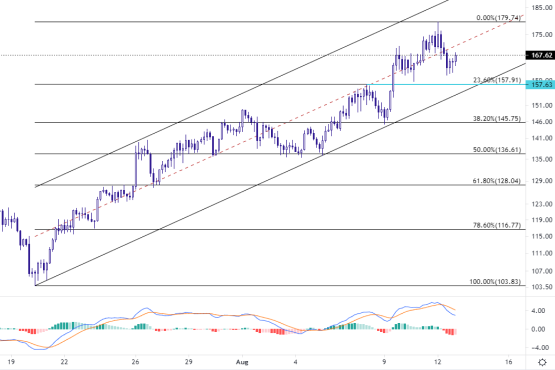 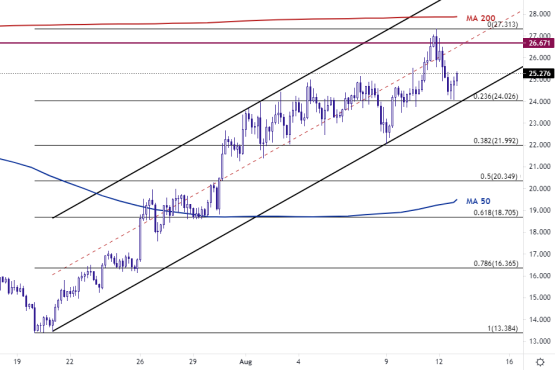 BAT, which gained about 1.3 percent in the morning, is priced at $0.726. When we consider BAT/USDT parity in technical terms, BAT, which has been moving the price within the existing rising channel as of July 20, has retreated to $0.69 with the negative discrepancy in MACD as we mentioned in the bulletin yesterday. Bat, which has found support from this level, has broken the significant resistance level of $0.7237 upwards with the candle opening last day. If the level of $0.723 is maintained for BAT, which we have seen relief in the downward movements with the buy signal from the stock in the 4-hour period, our next target level is $0.80. 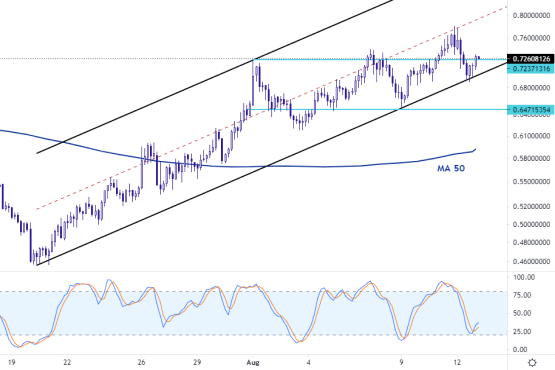