Testnet for MimbleWimble, Litecoin's privacy-focused update, has been released. However, it was stated that this testnet did not receive the expected attention in the first place. The developers stated that only a few blocks could be mined and these numbers were not enough for the activation of the update.

HSBC, one of the largest banks in the world, announced that they have implemented the world's first decentralized trade finance platform Contour. Contour is creating a global network for trade finance with distributed ledger technology, according to the statement.

CBDC Statement from Canada
The Central Bank of Canada (BoC) also made a statement regarding the CBDC, which has recently been brought to the agenda by the ECB. BoC stated that CBDCs can bring various security and storage risks.

The UK financial regulator FCA has banned the sale of cryptocurrency derivatives to retail users. Stating that excessive volatility and derivative products are not suitable for retail consumers, the institution will put the ban into effect on January 6, 2021.

Bitcoin started the day with a 1,3% loss and traded at 10,500 $ levels. US President Trump gave an order to stop discussions about the new stimulus package which expected to be implemented soon. Also, Trump stated that their offer is 1,6 trillion $ instead of 2,2 trillion and he said it’ll be given for hardworking Americans and small enterprises. On the other hand, Bitcoin transaction volume increased as miners’ are taking out coins from their wallets. This circumstance is not supporting the prices fundamentally.

BTCUSD is having a little selling pressure and it’s holding onto a secondary support level of 10,450 $. The parity, in which the previous low 10,150, is passing by the major support 9,800$. Technically the lower-highs are showing that there’s not much appetite for an uptrend. That’s why it’s crucial to focus on support levels on possible fallbacks. The leading signals are showing weakness for now but holding above 10,450 $ can trigger the reactions to 10,650 $ levels. 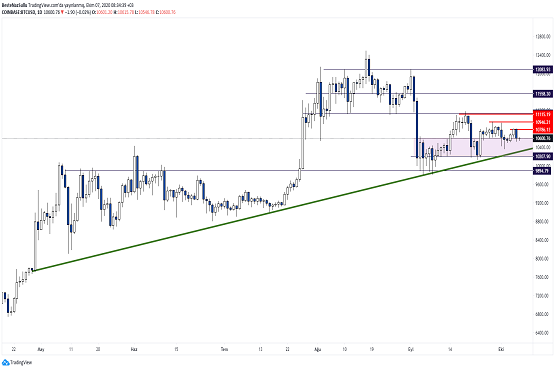 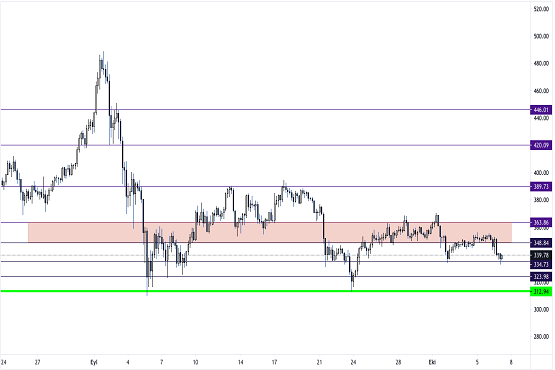 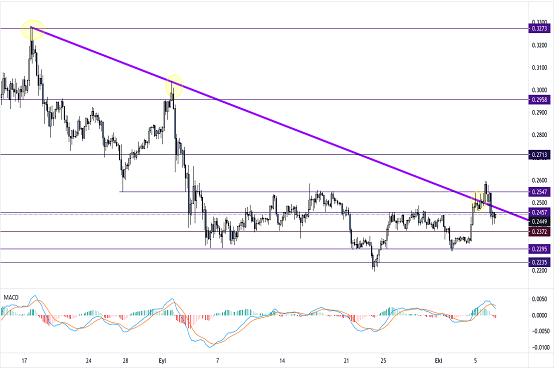 Ethereum is dissociating from Bitcoin with a 4,2% fall this morning. Uncertainty of the 2.0 update caused a selling pressure on ETH and DeFi tokens. Moreover, postponing the new stimulus package led to a major sale on Bitcoin and Ethereum, which is the second-largest cryptocurrency.

Technically ETHUSD is showing reactions from the supports of 334 $. The most important intraday resistance level is 355 $. ETH is keeping its movement inside the horizontal band and a horizontal strategy can be implemented in order to profit from intraday volatility. Support and resistance levels are at the forefront while ETH is moving horizontally. 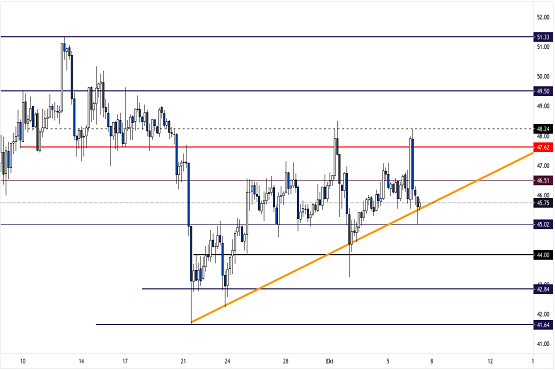 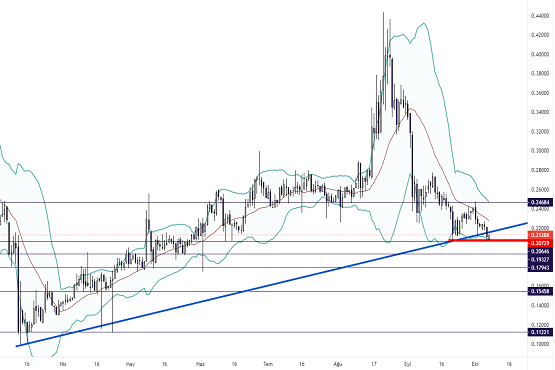