Madonna's interest in NFTs emerged in March with monkeys she bought from the Bored Ape Yacht Club for 180 ETH. On Monday, Madonna and digital artist Beeple introduced a three-video NFT collaboration that depicts three unique aspects of parenting-inspired life.

Jamaican Central Bank President Richard Byles announced that the Jamaican Central Bank's Digital Money (CBDC) will be launched this summer. However, Jamaica's digital currency is expected to save the central bank millions of dollars to replace paper notes.

Australian ETF to be Launched on Thursday

It was postponed in late April following the announcement of 3 of Australia's funds (ETFs), which would be traded in the first cryptocurrency markets. According to the statement, it will be launched on Thursday, May 12.

Is the US Economy at Risk?

"The US Economy Is About to Be Collapsed"

The United States economy is on the brink of collapse once again, Schiff said: “The entire US economy is about to be collapsed again, but this time there will be no dress rehearsal like COVID-19. This is going to be real. We won't ask businesses to shut down, they'll have no choice but to shut down. Tens of millions of people will be fired from jobs that will never come back!

According to WhaleStats data, Ethereum whales have added the Metaverse token to their list of most purchased within 24 hours. According to the report, the average price of MANA purchased in the 100 largest Ethereum wallets was 6.323 MANA tokens with approximately $1.18.

3,000 BTC ATMs Established Worldwide in 2022
While the rate of usage of cryptocurrencies in the sector continued to increase, the data obtained by Finbold showed that the number of Bitcoin ATMs worldwide was 34,340 on January 1, while this number has increased by about 3,000 since then with 37,338 Bitcoin ATMs on May 10.

Bitcoin gained a 1,40% value during morning hours, and is priced around $31.163.When we consider the BTC/USDT pair technically, BTC has lost the uptrend that has existed since December 2020 and broke it downwards again. Negative metric signals persist on the daily chart. As seen in the graph above, pricing continues in the zone close to the channel lower line in BTC, which continues its price movement within a horizontal channel of approximately 70 weeks. If today's inflation data from the United States eases the Fed's hand, there may be a rise across the cryptocurrency market. 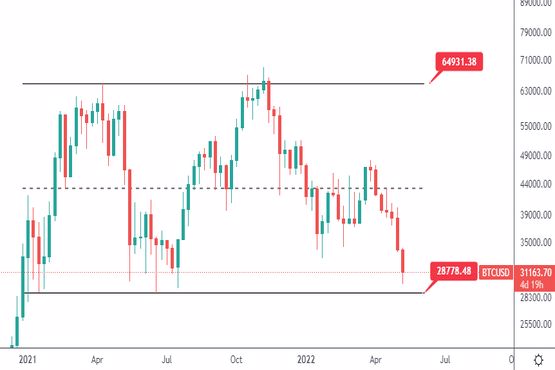 Ethereum gained a 1,70% value during morning hours and is priced around $2352. When we consider the ETH/USDT parity technically, there is an upward trend in ETH, which plunged to the previous dip level at $2200. Although the support area in the $2480- $2515 region, which broke at the beginning of the week, was retested yesterday, there was no upward breakout. For ETH/USDT, where we will follow the same level in intraday pricing today, we cannot talk about permanent rises unless the yellow marked zone is broken upwards. 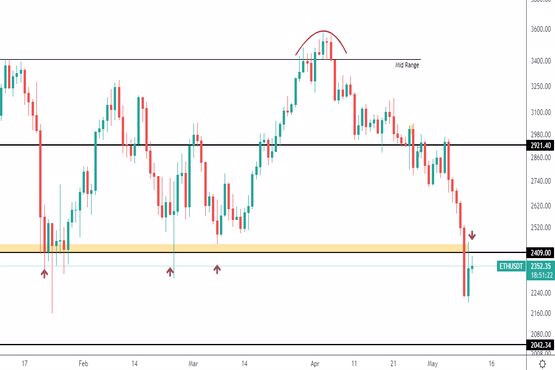 AVAX lost a 6,30% value during morning hours and is priced around $42.16. When we consider the AVAX/USDT parity technically, we see that $52.94 marked in yellow on the graph has come to the fore as resistance this time. We see that yesterday's rises towards this zone were considered as sales opportunities by the investor. When we consider the metrics on a daily basis, the inflation data to be announced by the USA today will be important in pricing for AVAX/USDT, which we cannot talk about a clear reversal signal. 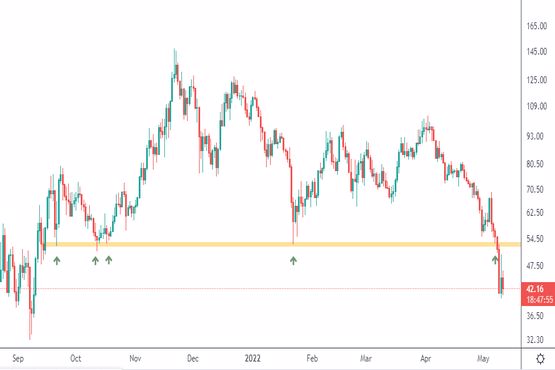 Ripple gained a 0,60% value during morning hours and is priced around $0.5138. When we consider the XRP/USDT pair technically, there is no major change in the outlook. We see that it has fallen to the strong support zone that has existed since June 2021 marked in yellow on the graph. As we stated in the daily newsletter, the strong support zone marked in yellow was also lost downwards in XRP/USDT, which we have not yet seen a reversal signal. XRP, which started the day horizontal this morning, rises towards the new resistance zone, and former support zone. Since we do not receive a clear reversal signal, the rise might be limited. 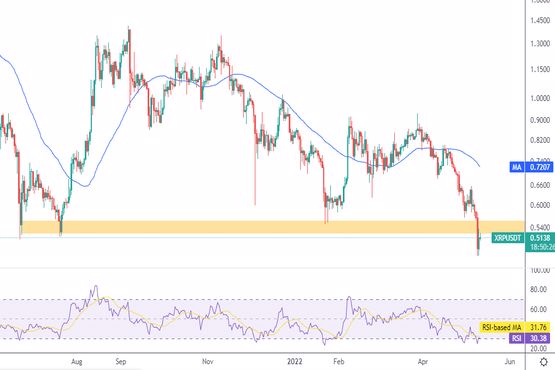 LTC gained a 0,15% value during morning hours and is priced around $80.2. When we consider the LTC/USDT pair technically, LTC plunged to $94.4, the vital support level. And it lost this level yesterday. In LTC, which continued its price movement in the descending channel, there was a slight relief with the support found in the lower lower line of the channel yesterday. Although almost all metrics on the daily chart show that they are located in the oversold zone, it is also useful to follow the price movements in BTC, ETH and LTC, which has not yet received a reversal signal. 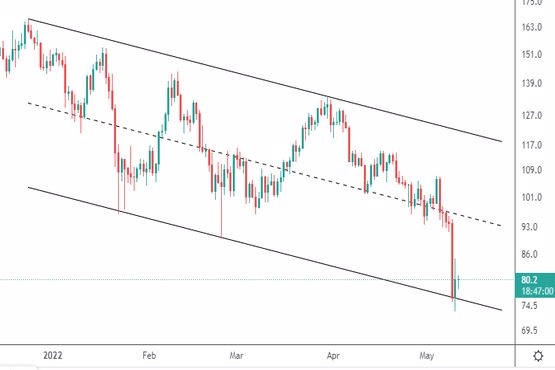 LINK gained a 0,70% value during morning hours and is priced around $8.53. When we consider the LTC/USDT pair technically, there is no major change in the outlook. When we consider the LINK/USDT pair technically, this horizontal channel (which exists for about 1 year) has recently been lost downwards in the parity. When we check the daily and short-term metrics for LINK, which we see as the drop continues to accelerate with this breakout, it does not receive any reversal signals. In the chart above, there is no clear reversal signal yet in LINK, which has risen slightly with the support we found from the important demand zone in the weekly chart marked in blue. 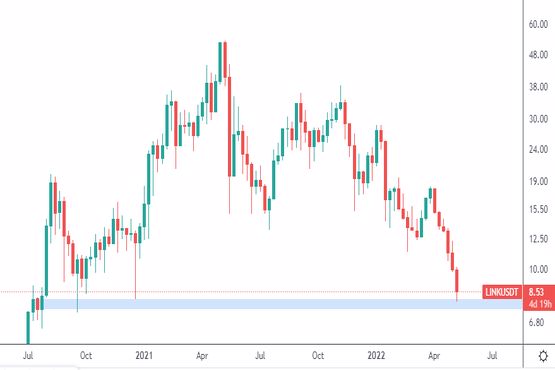 BAT lost a 0,20% value during morning hours, and is priced around $0.4628. When we consider the BAT/USDT pair technically, there is no major change in the outlook. In the BAT/USDT, which lost its support last week as of September 29, we stated in the daily newsletter that the momentum in the direction of decline continued at the beginning of this week. No reversal signal has yet been received at BATUSDT, which has withdrawn to the next major support level of $0.45 in line with our expectations. 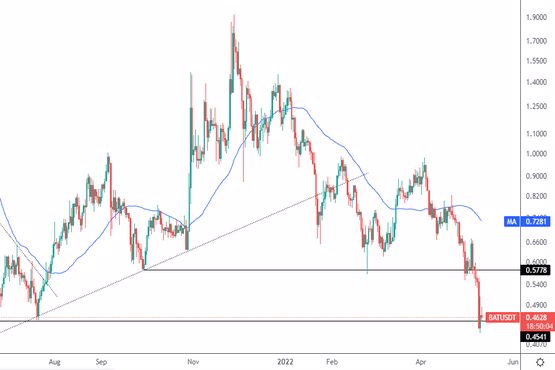