Analysts at global banking giant Goldman Sachs have reportedly said that the widespread adoption of Bitcoin and crypto assets may not be as bullish as most investors believe. The strategists tell Bloomberg that as the adoption of Bitcoin and other cryptocurrencies increases, their price starts to correlate more and more with other macro assets such as crude oil, technology stocks, and the US dollar.

The number of Bitcoin wallets for 5-7 years has increased significantly and reached an 8-month high. According to the data, 716,325 pieces of Bitcoin are currently held in wallets without any movement since 2015, when the cryptocurrency was trading at about $300.

The International Monetary Fund (IMF) has told El Salvador that the costs of implementing the country’s Bitcoin law, which makes the cryptocurrency legal tender, exceed the potential benefits. The IMF has also urged El Salvador to dissolve the “Fidebitcoin” trust fund and start charging fees for services provided by the government’s Chivo digital wallet.

Mike McGlone says in his tweet: "Bitcoin and Ethereum are still in early adoptions days with increasing demand vs. declining supply and related price implications. Our bias is why complicate it -- unless something unlikely reverses the proliferation of the nascent technology, prices should rise over time."

A new Russian law could force potential cryptocurrency investors to take a test before they are allowed to buy digital assets above a certain limit. It is also hoped to regulate cryptocurrency mining and cut off access to cheap energy for investors mining at home.

Many banks offering cryptocurrency-related services have grown in light of the increasing crypto usage worldwide. According to a study published by American Banker on January 29, 2022, which includes estimates from 153 senior banking executives from the regional and global financial sector, the number of banks providing crypto products and services is estimated to more than double by the end of 2022.

Companies holding Bitcoin on their balance sheets recorded large losses after the selloff. These companies, which gradually added BTC to their assets, had made billions in profits as the cryptocurrency price rose.  However, since the downtrend that caused Bitcoin to lose around 50% of its value, they have now seen billions of dollars shaved off their balance sheets collectively.

Bitcoin lost a 2,60% value during morning hours; the current price is $36.894. The number of Bitcoin addresses in 5-7 years soared and reached an all-time-high of 8 months. According to the data, 716,325 pieces of Bitcoin are currently held in wallets without any movement since 2015, when the cryptocurrency was trading at about $300.

When we consider the BTC/USDT pair technically, BTC continues price action below the downtrend on November 10. BTC broke the downtrend as of October 20 in the daily RSI. So, a breakout of the downtrend might follow. But it is too early to say that the decline has ended because no clear reversal signal has been received in the daily chart for BTC, which we expect sales pressure to decrease, and the price movement continues below the major downtrend. 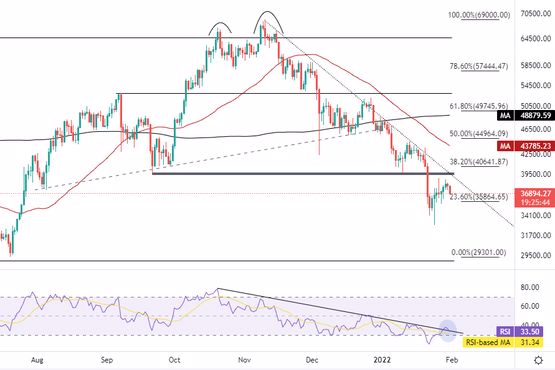 Ethereum lost a 4,20% value during morning hours, and the current price is $2491. When we consider the ETH/USDT pair technically, ETH had broken $2546 (Fibo'38,20) at the weekend. And this morning, it broke it again downwards. ETH should hold onto the zone marked in blue in the daily chart. But it plummeted to the supply-demand zone. If it stays below it, a retracement towards $1800 might follow. 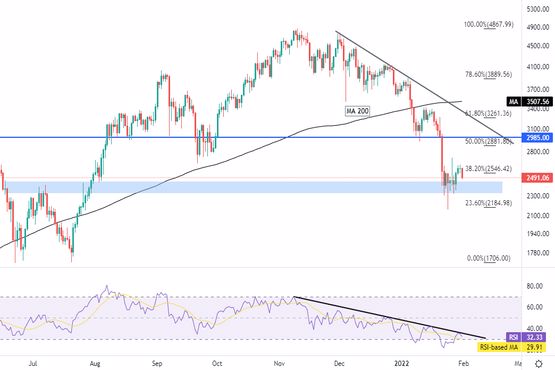 AVAX lost a 4,55% value during morning hours, and the current price is $64,79. When we consider the AVAX/USDT pair technically, AVAX plunged to $76 following the sharp falls, and a downward price movement dominated for the last two days. MACD gives a buy signal after a long time in the daily chart. $79,80 is the pivot point for AVAX. If it cannot break the resistance zone at $76-79,80, a rise towards the zone marked in blue can follow. 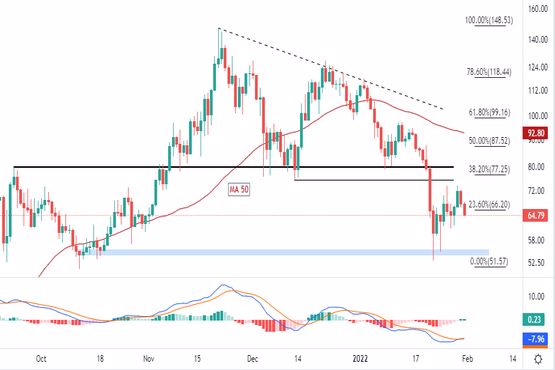 Ripple lost a 3,00% value during morning hours, and the current price is $0,5831. When we consider the XRP/USDT pair technically, XRP continues price action below the downtrend on November 10 and between the 0,5182-$0,7121 band. There is a negative divergence in XRP compared to the general market at the end of last week, which is relatively positive for altcoins. The XRP, which has recently tested the support zone marked in blue in the chart, is plummeting. As long as XRP holds onto the support marked in blue, a rise towards $0,71 can occur. 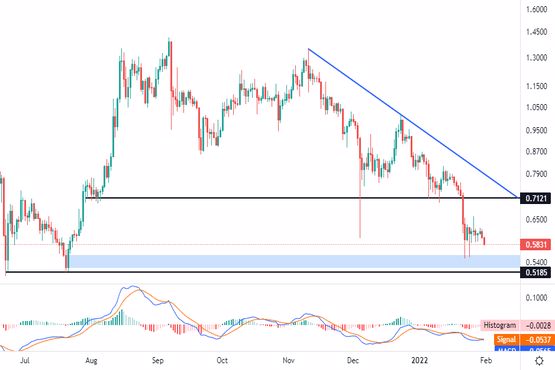 LTC lost a 3,50% value during morning hours, and the current price is $104,9. When we consider the LTC/USDT pair technically, LTC had a sideways trend between $113,1 and $104,9. So a breakout of this zone is important in the daily chart. There is no reversal signal for LTC, and major price movements should be followed. LTC faced resistance at $113,1 yesterday. If it loses this zone and shows a sideways trend for a couple of days, the selloff may deepen. 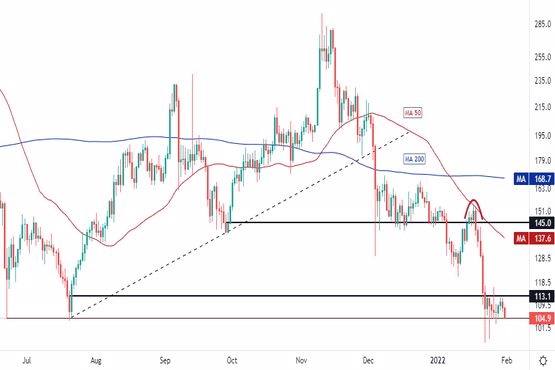 LINK lost a 6,30% value during morning hours, and the current price is $16,77. When we consider the LINK/USDT pair technically, LINK continues price action inside the ascending channel as of July 2020 in the weekly chart. Every price movement marked in blue is the support level demanded by the investors. Last week, it found support at $14,40 (the channel lower line) and the supply-demand zone marked in blue and closed the week positively. If it holds onto this zone, an upward price movement might follow. 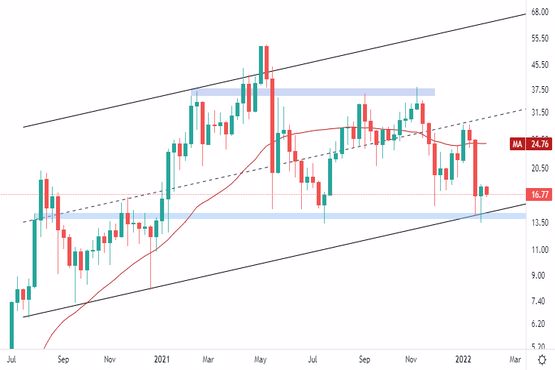 BAT lost a 2,20% value during morning hours, and the current price is $0,8141. When we consider the BAT/USDT pair technically, BAT tested its uptrend five times as of June 2021 and broke it downwards recently. And retesting movements continued. There is a downward price movement back along with the sales experience in BAT, which cannot provide persistence over this trend again. As we mentioned in the daily newsletter last Friday, if the trend breakout does not occur, the retracement might follow to the zone marked in blue after a possible resistance. 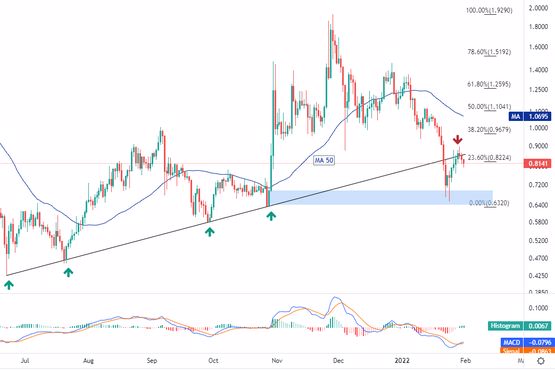