On March 14, a proposal outlining an alternative token economic mechanism was presented by the community leader "monet-supply" at the MakerDAO forum. If the proposal passes the management vote, the protocol can replace the existing governance token MKR with a new token called stkMKR.

In an effort to curb inflation, the Federal Reserve raised its benchmark interest rate by a quarter of a point for the first time since 2018. The central bank has signaled seven more interest rate hikes in 2022.

HSBC, one of the largest banks in the world with approximately $3 trillion in assets under its management, is included in the metaverse. HSBC secured virtual real estate on its meta-game platform this Wednesday, Sandbox, a meta-verse project, said.

In December 2021, Instagram's CEO Adam Mosseri described how the company was researching NFT technology during its AMA session. Three months later, at the South by Southwest (SXSW) event in Texas, Meta CEO Mark Zuckerberg announced that Instagram plans to promote NFTs “in the near term”.

DeFi credit platform Aave announced the release of the third version of its protocol, which promises greater security, decentralization and capital efficiency for users. The third version of Aave stylized as Aave V3 will be available in six networks; Polygon, Phantom, Avalanche, Arbitrum, Optimism, and Harmony. The company told The Block that the Aave V3 will soon be positioned on the Ethereum mainnet.

Over 100 crypto farms in Kazakhstan have ceased operations as a result of ongoing inspections in the mining sector. Officials say some facilities are linked to prominent businessmen and former government officials.

Bitcoin lost a 0,27% value during morning hours and is priced around $41.020. When we consider BTC/USDT pair technically, after a horizontal market at the weekend, BTC surged by the support level on Monday. Although the Fed meeting triggered Bitcoin to fall, BTC closed the day near its intraday peak level. In BTC, which broke its 50MA level upwards, the transaction volume was above the average yesterday. If a daily close occurs above $40,140 (50MA level) it is expected that there will be pricing towards $45,000. 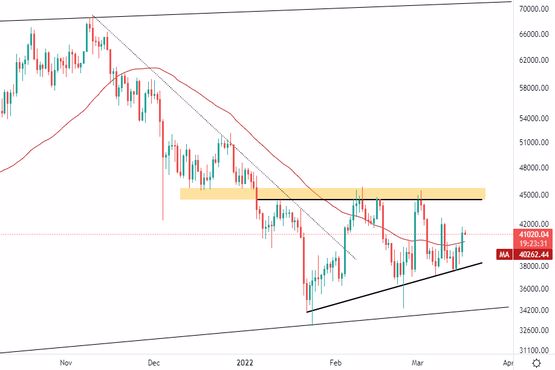 Ethereum lost a 0,50% value during morning hours and is priced around $2758. When we consider ETH/USDT pair technically, ETH, which continues its price movement below its long-term downtrend on the daily chart, broke the trend and the 50MA level ($2578) upwards as of yesterday's daily close. If the retest is successful in ETH, which has retreated towards the trend this morning and continues price movement above the 50MA level, the next price target is $2980. 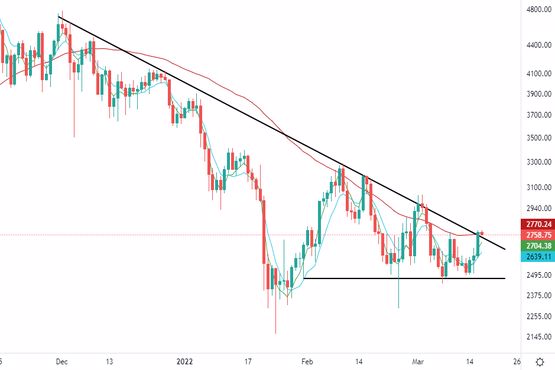 AVAX gained a 2,56% value during morning hours and is priced around $76.01. When we consider AVAX/USDT pair technically, AVAX had a stagnated price movement as of January and broke the downtrend on February 24 recently. But after the interest decision, the stagnated zone appears again. It received a reaction from the 50MA level and resistance zone marked in blue, but it had a limited effect. If the resistance of $77.33 breaks upwards, pricing towards $85 might follow. 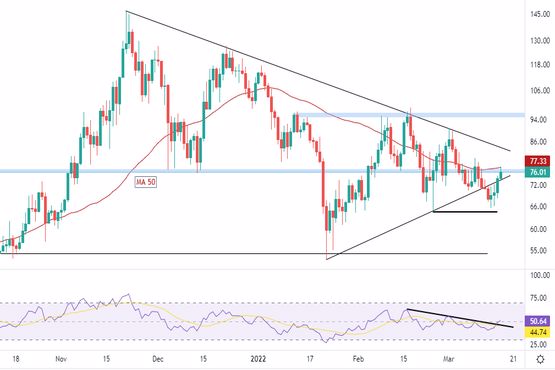 Ripple gained a 0,10% value during morning hours and is priced around $0.7927. When we consider XRP/USDT pair technically, there is no major change in the outlook. XRP, which broke the downward trend with the positive lawsuit decision on Friday, sustains the 50MA level. With the interest decision yesterday, the positive trend in XRP continues. Our next target level is $0.862 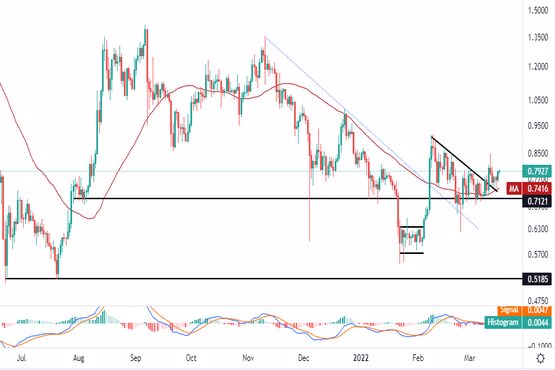 LTC lost a 1,17% value during morning hours and is priced around $110.2 When we consider LTC/USDT pair technically, LTC, which could finally break the downtrend that existed for a long time, and surged towards $113.1 yesterday. While LTC closed the day near the 50MA level, a volume-free pullback dominates this morning. If it breaks the $113.3 level upwards, we expect a rise to our next short-term target of $120. 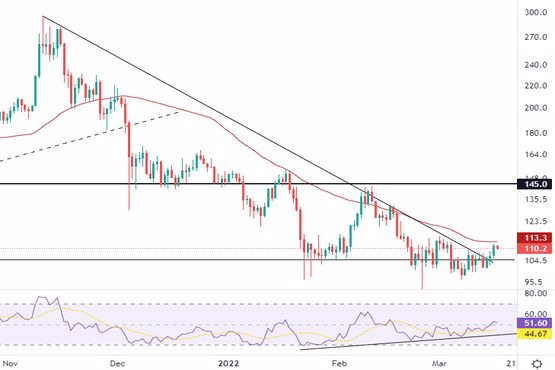 LINK lost a 0,90% value during morning hours and is priced around $14.52. When we consider the LINK/USDT pair technically, LINK has price action inside the horizontal channel as of May 26. The stagnated price movement dominates over LINK on February. LINK broke both the channel lower line and the stagnated zone upwards two days ago, and increased by 7% after the Fed decision. We expect the rise to continue until the red zone marked on the chart. 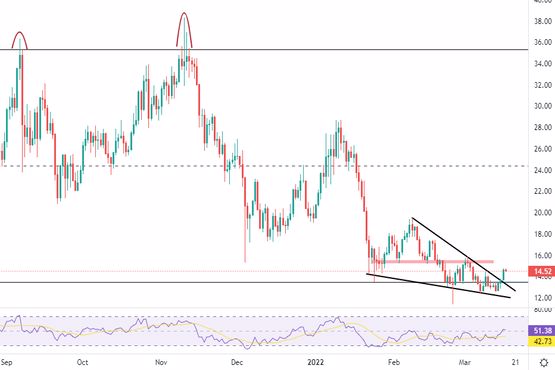 BAT gained a 4,00% value during morning hours and is priced around $0.8576. When we consider the BAT/USDT pair technically, BAT broke the downtrend on November 28 and a momentum accelerated. As we mentioned earlier in the daily newsletter, a positive divergence had occurred on the daily chart. Reaching the price target, BAT increased with positive news flow. And it broke the level of $0.7686 (50MA level) upwards. Facing reaction from the $0.8888 resistance zone this morning, we expect the rise to continue towards the $0.962 level if it surpasses. 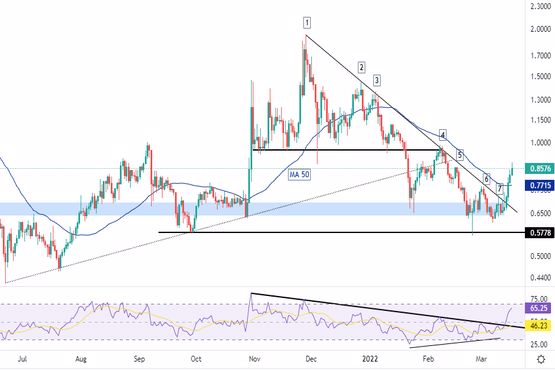