Meta, formerly known as Facebook, brings NFT feature to Instagram, one of the most used social media platforms in the world. The implementation will first start in close to 100 countries. The feature will cover Ethereum, Polygon and Flow NFTs. It will also support Web3 wallets. Owner Mark Zuckerberg, who made a statement on the subject, said that NFTs are the reason for the company's Web3 work and that they do this not only to build technology, but also to help the ecosystem. Because at the end of the day, we won't be creating most of the content.

BlackRock has announced a partnership agreement with Coinbase to manage its institutional clients' crypto investments and portfolios. A former BlackRock executive said that he thought crypto assets would be in everyone's portfolio, which is why he saw BlackRock's move as quite logical.

As a result of new researches, negative results were reached regarding the investor characteristics of the bear market entered in the cryptocurrency market and its interest in the market. In the report, it was stated that this period caused the interest in the market worldwide to decrease considerably. Internet research statistics of crypto assets showed a decline of 30% in the Netherlands, Ireland and the United States.

Applying for Tax Relief on Crypto Assets in Japan

In addition to the fact that there is no news to be priced in the general economic markets, the positive developments in the crypto market have ensured that pricing remains strong and stabilized. For the last week, we see that the amount of entry and exit to the market has been at the same levels and is over 1 trillion dollars. Although there is an expectation of decline in the markets, it seems very important for BTC to remain at these levels in order to continue its movement with the 28,000 target. 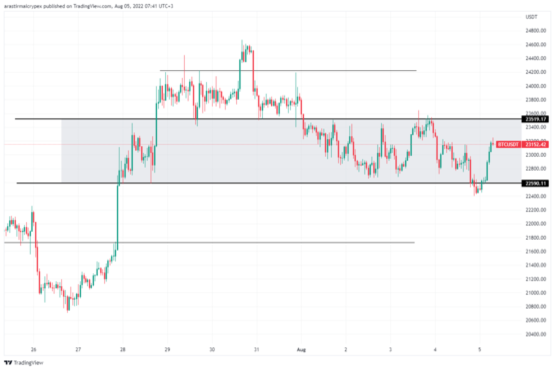 Today, ETH, which has gained 3% in the morning hours, is priced at $ 1655. Just like Bitcoin, ETH continues its horizontal movement, especially the 1560-1580 level serves as a very critical support. It saw a reaction from the support level of 1580 last night when it fell below the $ 1600 level again and then managed to rise to the channel resistance of 1660 levels. We see that these channel movements in ETH and BTC have created quite a lot of opportunities and they have been making the same movements for about 5 days. Although there has been an above-average volume inflow in the buying direction in recent hours, we see that a strong selling pressure is created at the resistance levels. 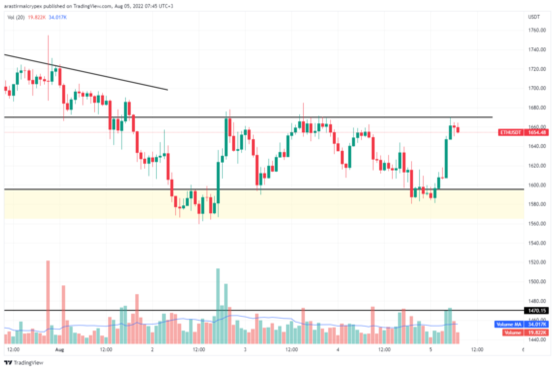 AVAX, which has gained 1.93% as of the morning hours, is priced at $ 23.82. AVAX was maintaining its descending triangle pattern on the hourly chart. After testing the 22.90 levels yesterday, it started to rise and continued its rise by breaking the resistance level. AVAX, which is currently priced around $ 24, shows the potential to rise to $ 26 levels if it sees breakdowns in BTC and ETH. At the same time, we can say that the support level should be paid attention to the 22.90 levels after the old resistance zone of 23.50. 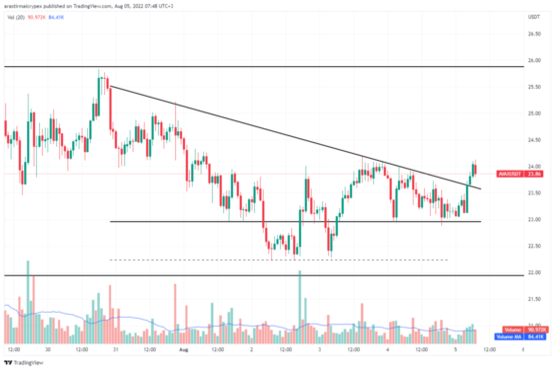 XRP, which gained 1.40% in the morning hours, is priced at $ 0.3762. Ripple entered a descending triangle at the beginning of the month, then tested between the support-resistance levels after receiving support at 0.3640 and confirming the pattern. After breaking upwards after testing the support zone of 0.3640 last night. We see a reversal from the 0.3770 levels, which have been acting as resistance for some time. In case of a breakdown of this level, we can say that Ripple can continue to rise with the target of 0.40 level. 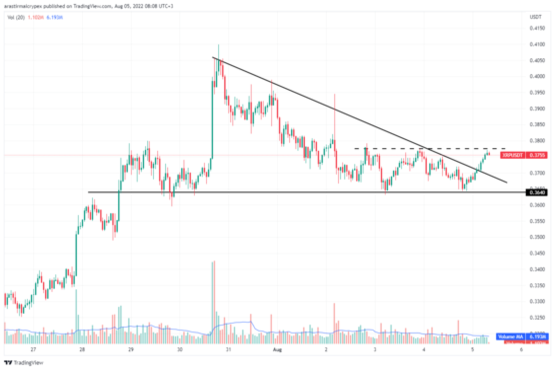 LTC is trading at $61.58, up 3.24% as of morning hours. LTC also continued its horizontal channel movement, breaking with yesterday's overall rise and is currently testing the 61.50 level, which it has tested many times before. In case of an upward breakdown here, we can talk about the targets of $ 65 and then $ 72. 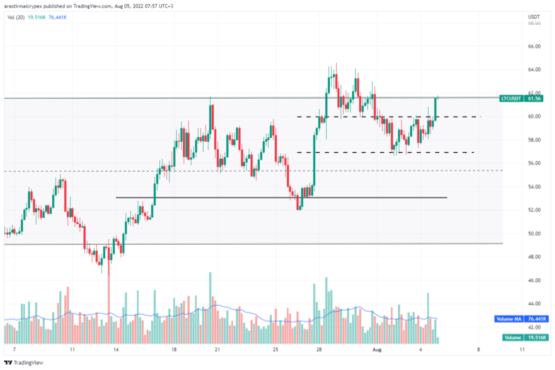 LINK is up 4.40% today at $7,687. LINK has become one of the most upward movement open coins of recent times. In LINK, which sees a very positive pricing and purchasing power with every rise in the market, we see that the descending triangle pattern breaks upwards and we see a 6% rise in 6 hours after testing the support level. LINK, which is currently above the resistance level at 7.70, can continue its $9 target rise if the buy continues at the same volume level. 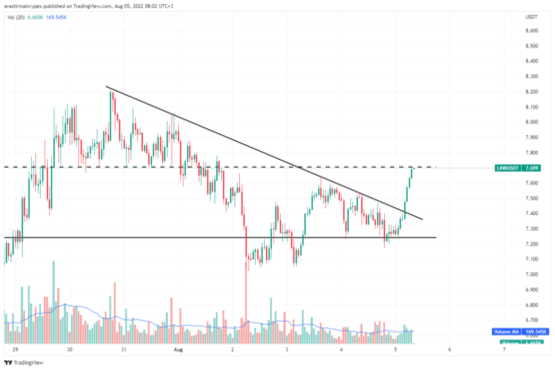 BAT is trading at $0.4229, up 4.91% as of morning hours. BAT failed to break the resistance level with a low volume yesterday in the falling channel it is in and returned to the channel middle band. BAT, which started to rise with the support it found from there, continued to rise to 0.4280 after breaking the channel upwards and saw a small selling pressure from there. 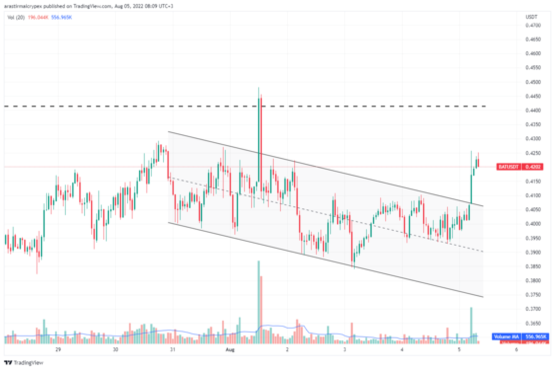