Polkastarter, the platform where Polkadot projects are launched, announced yesterday that it will start offering real estate land sales services. According to the announcement, the first NFT metaverse land sale will take place next week on Polkastarter, allowing users to purchase real estate from top metaverse projects.

When most financial regulators worldwide are on their way to enforcing cryptocurrency regulations, the European Union (EU) is taking the urgent step of issuing a planned framework for the new asset class.

Ark Invest CEO Cathie Wood maintains her bullish expectation in Bitcoin despite the recent market. Beyond inflation, Wood expects Bitcoin to be useful as a hedge against party risk in the long run. She also said that there are more positive metrics in the chain data than indicators that signal negative.

Hillary Clinton recently called on the Biden administration to regulate the cryptocurrency market. She said the technology could be "manipulated" by Russia and China and even "destabilized" the dollar's status as the world reserve currency.

Moonbeam, an Ethereum-compatible smart contract platform, has won its second parachain auction on Polkadot. According to the company's announcement, over 35 million DOTs worth approximately $1.4 billion have been locked.

Grayscale: The Metaverse Ecosystem Could Soon Be Worth $1 Trillion

Through the firm's latest report, Grayscale analysts estimate that the crypto metaverse ecosystem could be worth more than $1 trillion in a few years if the industry maintains its current rate of adoption.

Shiba Inu (SHIB) has steadily grown in popularity and mainstream media attention, resulting in a total of one million token holders. The decentralized meme currency reached its milestone on Thursday, November 25, after experiencing a significant increase in the number of token holders over the previous few months.

Bitcoin lost a 1,95% value during morning hours and is priced around $57.875. Ark Invest CEO Cathie Wood maintains her bullish expectation in Bitcoin despite the recent market. Beyond inflation, Wood expects Bitcoin to be useful as a hedge against party risk in the long run. She also said that there are more positive metrics in the chain data than indicators that signal negative.

When we consider the BTC/USDT parity technically, the price movement continues within the ascending channel that existed as of July 20. As we mentioned earlier in the bulletin, BTC, which started to rise with the positive RSI divergence and double bottom, continued its rise to $59,500 yesterday. Although it has experienced a pullback with this resistance from the $60,000 resistance area, there has been no signal to support the retreats yet. If it wipes out intraday loss, we expect $60,000 resistance to be broken upwards. 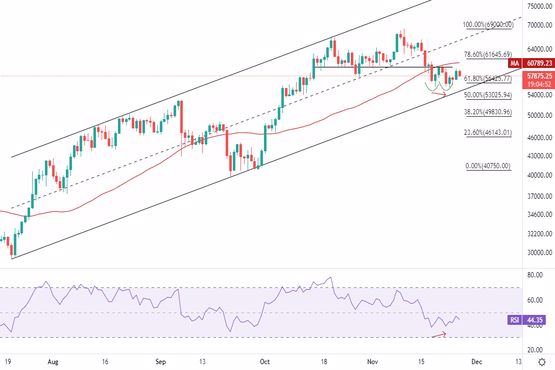 Ethereum lost a 2,40% value during morning hours and is priced around $4416. When we consider the ETH/USDT parity in technical terms, as stated in the bulletin yesterday, ETH was on a sharp rise. We received a return signal with the support at the $3940-4050 band the engulfing bull candle pattern that came along. With the rise, ETH faced resistance at $4540, which coincides with the downtrend that existed as of November 9th. As of this morning, ETH, which started to retreat, is retesting the $4400 level. If the downwardtrend is broken with the successful retest, the sharp rises can continue. 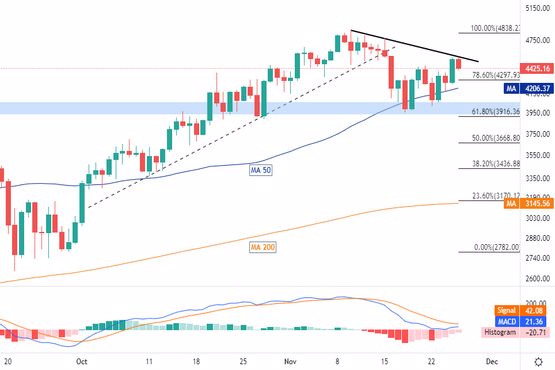 AVAX lost a 3,20% value during morning hours and is priced around $116,15.
When we consider the AVAX/USDT parity technically, AVAX, which continued its price movement in the ascending channel that existed as of August, experienced intraday rises yesterday, but most of the gains were wiped out. As of this morning, a retracement can be seen up to the midrange band of the channel for AVAX, which continues to retreat. 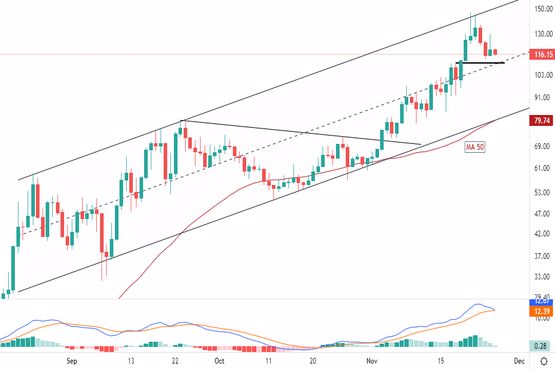 Ripple lost a 1,65% value during morning hours and is priced around $1,028. When we consider the XRP/USDT pair technically, XRP, which continued its price movement within the rising channel that existed as of September 21, closed the day positively with the support found at the level of $1.024, which corresponds to the lower band of the channel yesterday. Our XRP comment stays the same: there is positive RSI divergence and double bottom formation in the daily chart. The positive outlook will stay as long as there is no day closure below the channel lower band. 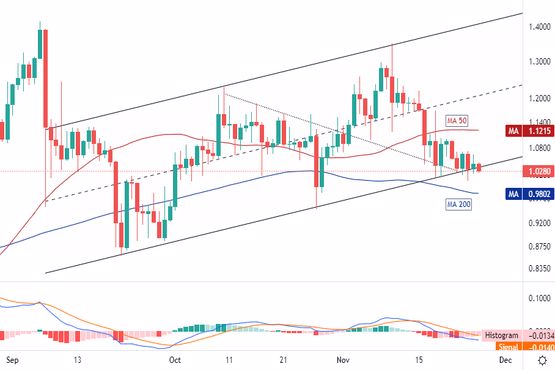 LTC lost a 3,00% value during morning hours and is priced around $216,7.
When we consider the LTC/USDT pair technically, LTC, which continued its price movement within the rising channel that existed as of July 21, started to rise after finding support at the 50MA ($207,5). LTC, which experienced a pullback this morning with the resistance at $222.2 (Fibo'61.80), sees a slight recovery in the metrics that continue the sell signal in the daily chart. The outlook is positive as long as the 50-day MA is sustained. 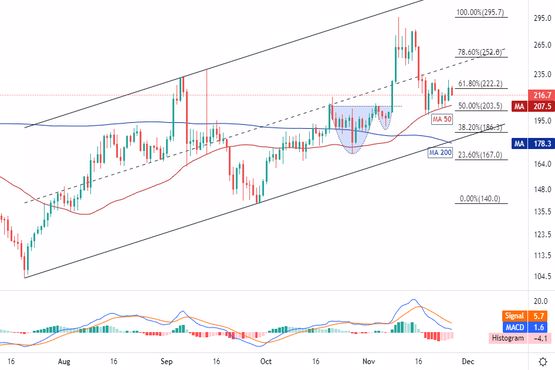 LINK lost a 1,17% value during morning hours and is priced around $26,04.
When we consider the LINK/USDT parity technically, although the negative outlook in the metrics continues in the daily chart, LINK, which has fallen below its 200-day moving average in the past days, broke this level again and closed the day above. At the same time, a rise can be expected for LINK, which has positive RSI divergence. Intraday pullbacks might continue to the $25.50 level. 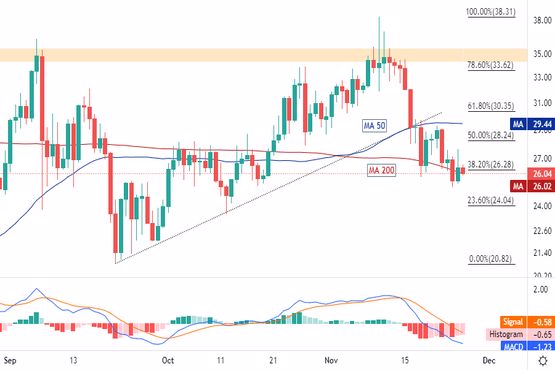 BAT gained a 22,1% value during morning hours and is priced around $1,7376.
When we consider the BAT/USDT pair technically, for BAT, which had a stagnated price movement after the sharp rise on October 30, as we mentioned before in the daily bulletin, the price movement, which would be decisive, would be the breakout of this area. The stagnated area, which was broken up 2 days ago, triggered sharp rises and BAT reached a new high at $ 1.86. We are waiting for the sharp price action to correct, but if the rises do not slow down, it can continue up to the $2.30 level. 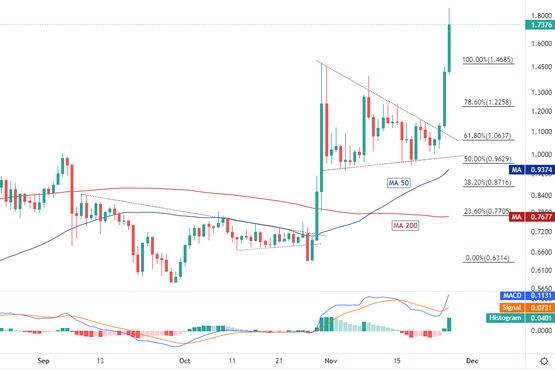