Digital asset investment products totaled $109 million last week, despite the recent price drop and the negative impact of the conflict in Eastern Europe. After the exits in January, the latest data points to the 5th week of the entries.

South Korea's Kookmin Bank has announced that it has set up a Digital Asset Management Preparatory Committee ahead of the imminent launch of its digital asset investment products. According to the reports dated February 21, 2022, the firm said the committee will focus on identifying the product and strategy capabilities of crypto assets and AI mutual funds, as well as the associated risks and compliance issues.

2022 Will Be Institutional Investors' Year According To InvestAnswers

A popular crypto analyst says that in 2022, institutional money for Bitcoin will come and increase the price of the crypto asset. In a new video, InvestAnswers says filings for its 412,000 subscribers with the U.S. Securities and Exchange Commission (SEC) show the growing interest of institutional investors in buying Bitcoin.

Mexican billionaire Ricardo Salinas Pliego once again showed his support for Bitcoin. On this occasion, he advised investors to buy Bitcoin and not sell the cryptocurrency.

Premier League champions Manchester City and new partner Sony have begun building a virtual replica of the Etihad Stadium, which will be the team's headquarters in the Metaverse. Etihad Stadium is the home of Manchester City. The team announced on February 18 that it had signed a three-year agreement with Sony that will allow virtual reality professionals to use the image analysis and skeleton tracking technology of subsidiary Hawk-Eye.

Bitcoin lost a 0,80% value during morning hours and is priced around $36.598. Bitcoin saw its highest inflows since December 2021, with a total of $89 million last week. Inflows remain moderate, with total inflows over the past 5 weeks totaling $221 million representing 0.7% of total assets under management.

When we consider the BTC/USDT pair technically, BTC, which broke the strongly held 50MA level last week, continued its downward price at the weekend. With the negative divergence and double bottom pattern in the RSI, the target level has been reached for BTC, where we received reversal signals. However, as we mentioned in our daily newsletter yesterday, the support zone marked in blue was broken down and the reaction was seen from this zone, which was retested from $39,000 yesterday morning, and plunged to our target price of $36,500. For BTC without a clear reversal signal, the decline may continue towards the previous dip level. 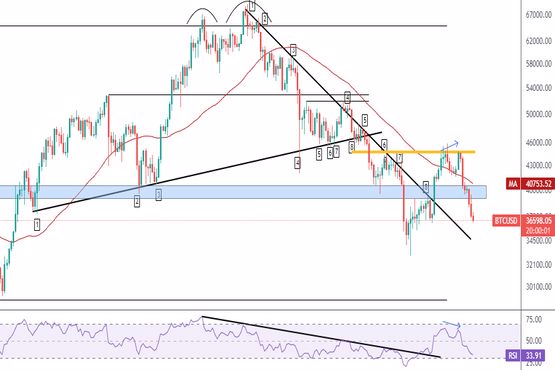 Ethereum lost a 1,30% value during morning hours and is priced around $2523. Although the net total positive trend in the money flow to digital asset products during the 1-week period we left behind, it is seen that there is an outflow of approximately 15.2 million dollars from ETH.

When we consider the ETH/USDT pair technically, there was a  sharp fall in ETH, which could not hold onto its major short-term downtrend and 50MA level as of December 1st. With this price action, ETH broke the blue-marked support zone to the downside, and this zone was retested at $2750 yesterday, and there was a reaction with it. For ETH, which does not yet have a clear reversal signal, the downward price movement is expected to continue. 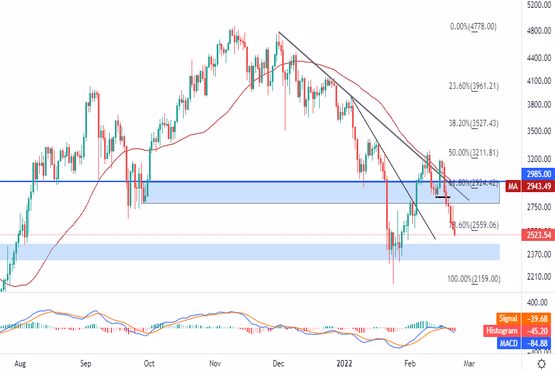 AVAX gained a 2,40% value during morning hours and is priced around $80,60. When we consider the AVAX/USDT pair technically, AVAX, which has received many reactions from the blue-marked resistance zone last week, could not hold onto the long-term major downtrend but the trend was broken to the downside again. We expect the negative price movement to continue towards the $60 level in AVAX, which broke the $75.5-79 band to the downside yesterday. 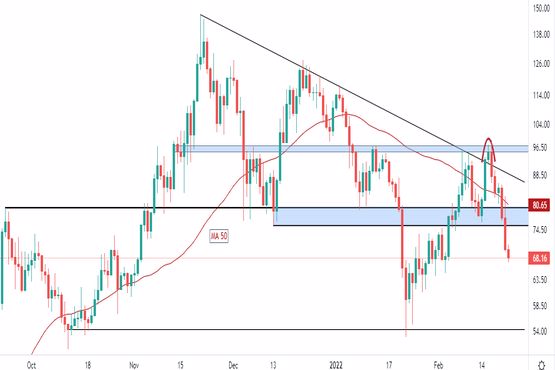 Ripple lost a 2,80% value during morning hours and is priced around $0,6810. When we consider the XRP/USDT pair technically, XRP had a descending triangle and broke the level of $0,75 downwards. After the breakout, the drop continues for a while. 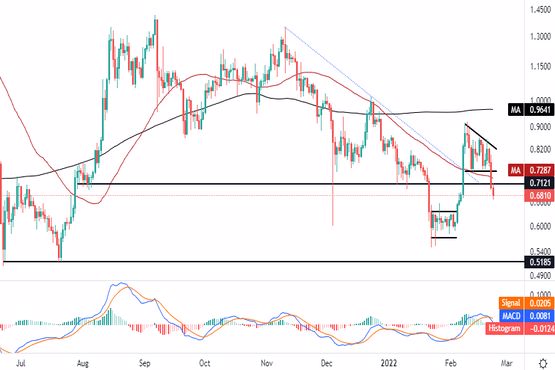 LTC lost a 0,75% value during morning hours and is priced around $101,8. When we consider the LTC/USDT parity technically, LTC, which faced resistance from $145, broke the $113,1 level downwards and closed the day below. As we expected, LTC, which could not hold above the $113.1 level again yesterday, continued to decline, and the $104.9 level was broken down. Our next expectation is the $97.5 level. 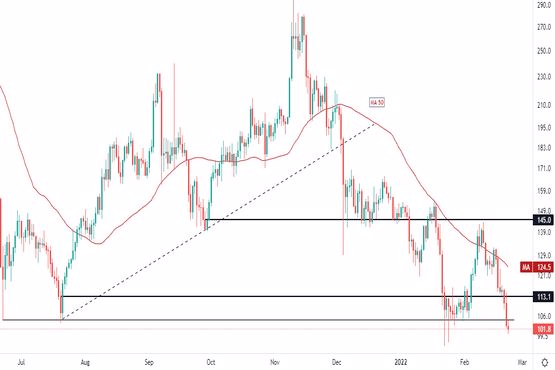 LINK lost a 1,90% value during morning hours and is priced around $13,25. When we examine the LINK/USDT pair technically, it is seen that the weekly channel lower line, which has been in existence since July 27, 2020, has also been broken down. In LINK, which started the day positive yesterday, we mentioned that the channel lower line was retested at $15.30 and no return signal was received. For LINK, for which we have not yet received a positive signal, we expect the downward price movement to continue. 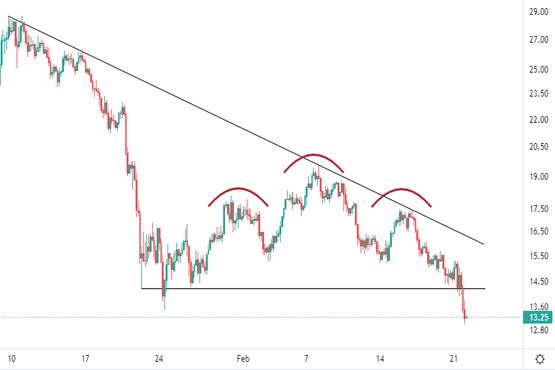 BAT lost a 0,55% value during morning hours, and is priced around $0,6368. When we consider the BAT/USDT pair technically, BAT has repeatedly tested the uptrend that has existed since June 2021 and broke it down again. The sales pressure followed. For BAT, which we are talking about head-and-shoulders formation, it has been confirmed and at the same time, there has been a pullback to our short-term price target, the support zone marked in blue. BAT, which started the day positive yesterday, erased its intraday gains and at the same time broke the support zone marked in blue to the downside. The negative outlook may continue for a while. 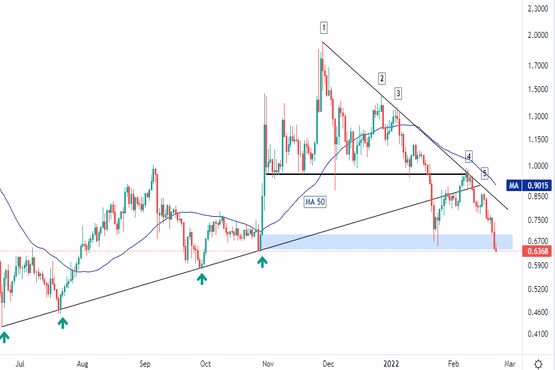