Nayib Bukele said on Twitter yesterday: "I will visit the President of the Republic of Turkey, Recep Tayyip Erdogan, this Thursday." The topics to be discussed have not been clarified yet.

UK to Tighten the Rules to Ensure Crypto Ads Are Fair, Clear, Not Misleading

The UK government has announced plans to introduce new rules on cryptocurrency advertising to ensure that they are fair, open and not misleading for consumers. The rules will be enforced by the Financial Conduct Authority (FCA).

Microsoft Corp is buying Activision Blizzard for $69 billion in the biggest gaming industry deal in history as global technology giants claim a virtual future. Activision Blizzard hosts a long list of iconic game series such as Call of Duty, Overwatch, Candy Crush, World of Warcraft, and Tony Hawk's Pro-Skater. Following the agreement, the games will be added to Microsoft Xbox's Game Pass service, which has 25 million subscribers.

Reports indicate that Intel, one of the largest manufacturers of computer processors, plans to unveil a new "Ultra-Low Voltage Energy Efficient Bitcoin Mining ASIC", known as the Bonanza Mine, at the upcoming IEEE International Conference on Solid State Circuits in February 2022.

Bitcoin lost a 1,40% value during morning hours; the current price is $41787. When we consider the BTC/USDT pair technically, BTC continues price action below the downtrend as of November 10. When we look at the MACD in the daily chart, there is a downward price movement despite the active buy signal. The sales pressure has not yet ended in BTC, which has dropped towards the critical $40.000-39.500 band again.

Ethereum lost a 1,70% value during morning hours, and the current price is $3109. When we consider the ETH/USDT pair technically, ETH went above the uptrend as of August, finding support at $2985. But this trend could not hold on and broke it downwards. After the breakout, we see the downward price movement is gaining momentum. A pullback towards $2985 can be seen for ETH. 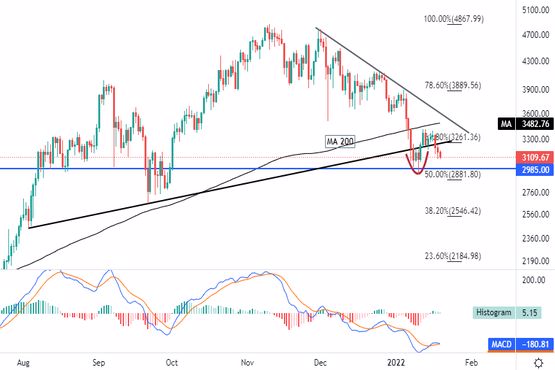 AVAX lost a 1,70% value during morning hours, and the current price is $84,62. When we consider the AVAX/USDT pair technically, AVAX had retreated to $79.80 (support level) in the weekly chart and surged, after finding support. Yesterday AVAX broke $86,62 (Fibo'50), and as we mentioned in the daily bulletin, a pullback towards $79-83 might occur. 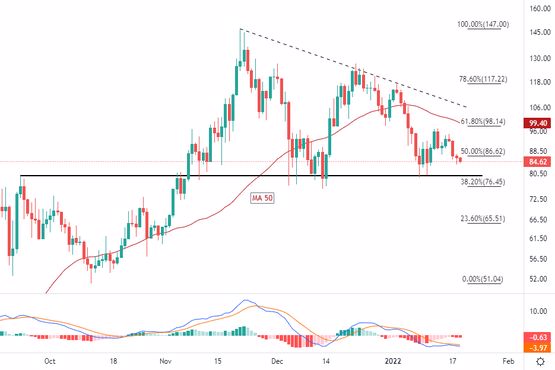 Ripple lost a 0,90% value during morning hours, and the current price is $0,7445. When we consider the XRP/USDT pair technically, XRP could not catch the momentum after the breakout. As a result, it continues to retreat towards $0,7121. As we mentioned in the daily bulletin yesterday, there is no clear trend reversal in the metrics; the vital support level of $0,7121 should be followed.

LTC lost a 3,35% value during morning hours, and the current price is $137. When we consider the LTC/USDT pair technically, LTC had broken the downtrend as of November. So a momentum continued to the 50MA level ($153). It faced resistance at the 50MA level and majors dropped yesterday. LTC broke the level of $145 downwards. It is expected to move towards $130. 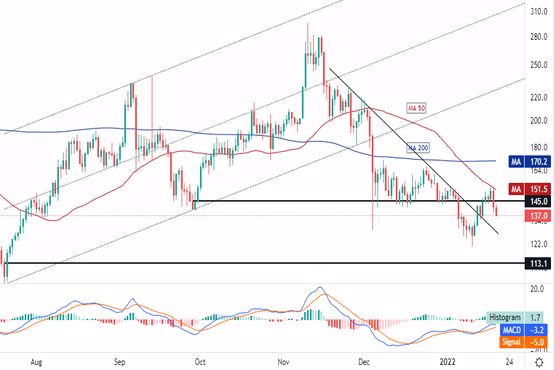 LINK lost a 2,75% value during morning hours, and the current price is $22,36. When we consider the LINK/USDT pair technically, LINK continues price action inside the ascending channel as of July 2020 in the weekly chart. LINK recently broke the 200MA level (24,85) and experienced a downward acceleration. We think that the retracements for LINK may continue towards $20. 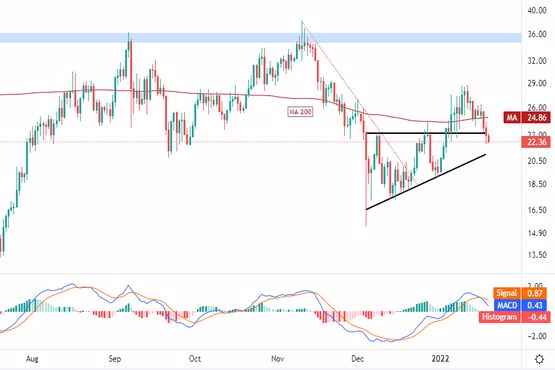 BAT lost a 2,15% value during morning hours, and the current price is $0,9849. When we consider the BAT/USDT pair technically, the outlook stays same. BAT had broken the uptrend as of November last Thursday and closed the day below. Then, BAT retested this trend but faced resistance and dropped. We expect the price movement towards $0,95, which is the first support level for the BAT, will continue. 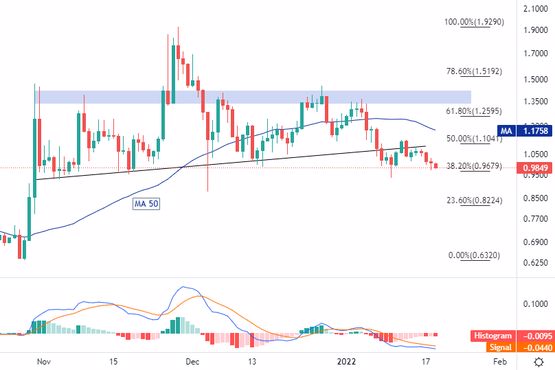