Central Bank of the Central Asian country Kyrgyzstan announced that it has started work on a bill to regulate the cryptocurrency industry in the country. Among the expected benefits of the new regulations, the bank aims to introduce the development of digital financial products, favorable conditions for business, and even a formal tax regime for digital assets.


Ethereum 2.0 Is Coming To The Expected Level
The four Ethereum-based liquidity pools of the Uniswap decentralized cryptocurrency platform will be closed at the end of the campaign. With the closure of four pools, it is known that over 2 million Ethereum will be unlocked tonight. Currently, 524,288 ETH must be staked for Ethereum 2.0. Because Ethereums that will be released increase the possibility of a transition to Ethereum 2.0 if they are staked (stored and locked) for the new update.

CitiBank Managing Director Thomas Fitzpatrick recently published a new report called "Bitcoin: 21st Century Gold", where he made an ambitious target that Bitcoin could reach $ 318,000 by December 2021. The interest and predictions of big banks in cryptocurrencies also increase the interest of investors.

Bitcoin (BTC) price reached its 2020 high as it approached the $ 17,000 level. Last month, the BTC price gained over 50% as net buyers on exchanges suppressed miner sales during this period. In an hourly analysis on exchanges, Bitcoin purchases reach about 20 times the amount that miners sell.

Bitcoin is trading at $ 16,600 this morning, down half a point. In BTC, which has entered the bull run in the last 7 weeks and closed it on a weekly basis, there is an increase of 9% in the number of new addresses and 14% in the number of active addresses. In addition, the hash rate increased with network density. Citibank manager has announced that he has increased his Square BTC assets from $ 29 million to $ 50 million, while he targeted 318 thousand dollars for 2021, on the other hand, Twitter CEO Jack Dorsey is the manager.

When we take the BTC / USD technically, it touches the upper band of the bullish channel and the movements continue, while a correction movement that may come today may highlight the levels of $ 15,800-16,200. However, 16,600 will be monitored critically throughout the day. Above is 17,200 as the major trend. The outlook is positive and bullish. 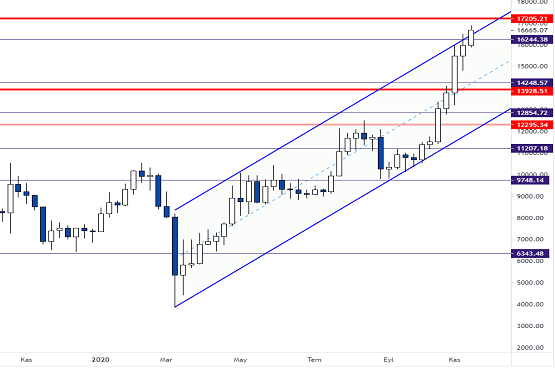 On the other hand, the negative interest bond stock reaching $ 17 trillion, and adding new ones to the vaccine news also helped BTC and altcoins. Therefore, in these days when positive winds are blowing for crypto coins, whether to stake ETH and the fate of the 2.0 update will be important.

When we consider ETH / USD technically, we are following the upward channel in the daily period, but we have not been able to break $ 460 exactly. In addition, the flag formation, which also occurs in a 4-hour period, has signaled the continuation of the trend. The channel upper band and the weekly double bottom point to $ 530, while the flag formation points to $ 570 levels. Therefore, while there is no negative development in terms of outlook, the uptrend continues. 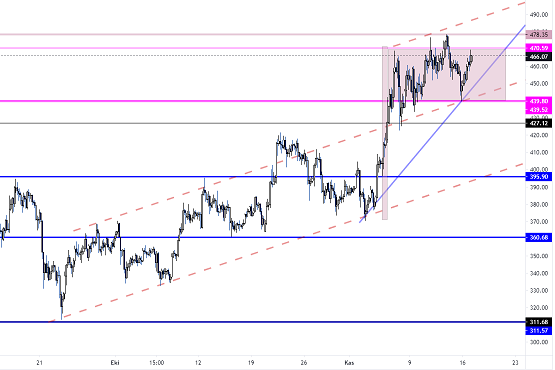 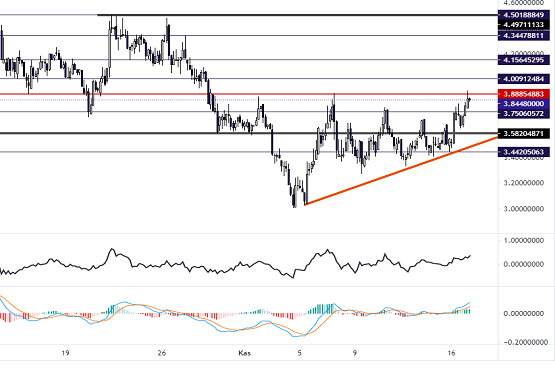 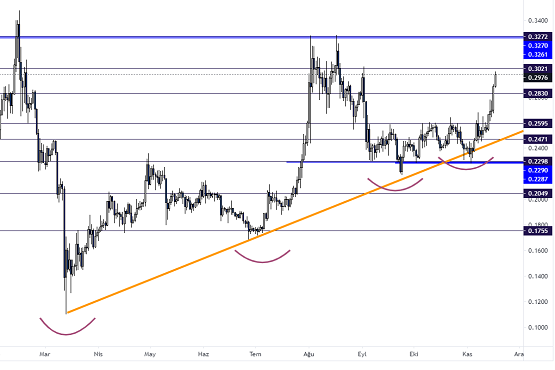 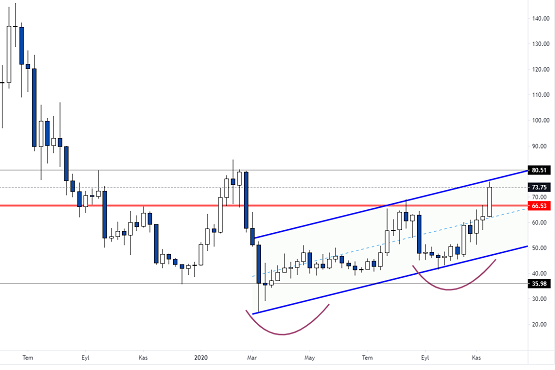 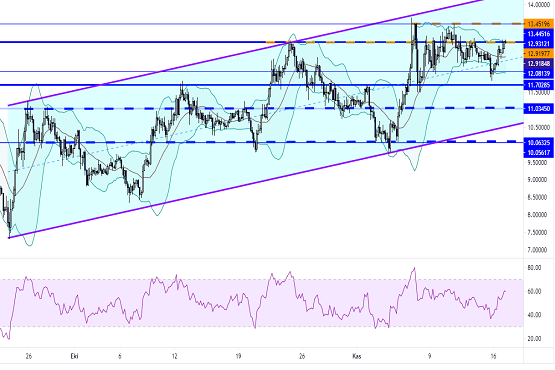 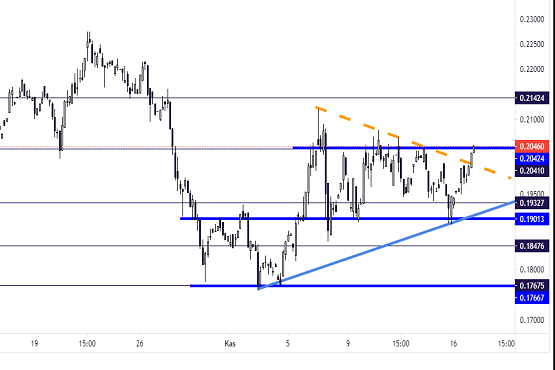