The US Treasury and  FBI are working together to uncover the names behind the Ronin Bridge hack. According to blockchain analytics firm Chainanalysis, the North Korean Lazarus hack group confirmed this with a tweet linked to a $615M hack.

Elon Musk, who recently wanted to pay $54 per share to buy Twitter, now wants to buy Twitter directly. He said his top priority was to eliminate Twitter's spam and fraud boots.

According to WhaleStats, after the 30% rise in Shiba Inu's price, the whale activity towards the Shib gradually increased as the interactions with the token increased in addition to the purchase activity.

Brad Garlinghouse, CEO of Ripple, said in an interview yesterday at Paris Blockchain Week that the case was going extremely well, as his company talked to the SEC about its ongoing case.

Portuguese-based Bison Bank has announced that it has obtained a license to operate as a digital asset service provider. At the same time, it will be able to offer cryptocurrency storage and trading services.

In a letter to MicroStrategy shareholders, Michael Saylor promised that MicroStrategy, the publicly traded company with the most Bitcoin assets, would continue to buy more BTCs and offer software intelligence services to a wider customer base.

Kazakhstan has announced that they are currently considering increasing the tax burden for miners and linking this rate to the value of the cryptocurrency. "If the cryptocurrency grows, it will be good for the budget," said National Economy Minister Alibek Kuantyrov.

Robert Kiyosaki, the author of Rich Father Poor Father, claimed that hyperinflation and depression were here, along with a tweet he shared on Friday. He warned that the biggest bubble burst is coming, advising investors to buy gold, silver, and Bitcoin.

Bitcoin lost a 1,93% value during morning hours and is priced around $38.880. Bitcoin has continued its rising channel movement since January 24th. If Bitcoin continues its price movement towards the channel lower line in the daily chart at its current price level, it can find support at the level of $37,120.If it loses this channel, pullbacks to the previous dip level of $37,500 might follow. If it provides permanence, we see rise towards $42,200, which is the 50DMA level, then the upper line at $50,000. 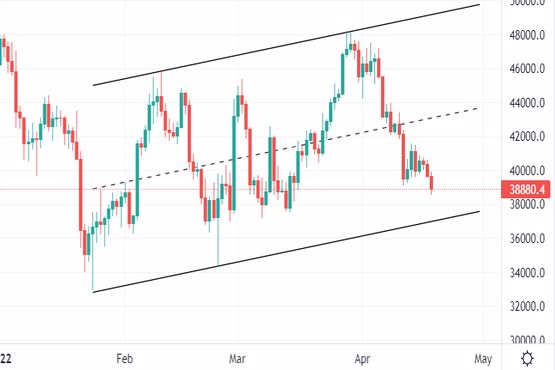 Ethereum lost a 2,34% value during morning hours and is priced around $2920. When we consider ETH/USDT pair technically, ETH had broken the triangle formation and made price movement above the minor rising trend at $3500 (the 200DMA level). ETH, which could not find support from there, broke the rising minor trend downwards on April 6 and may retreat to $2859 (Fibo'50). 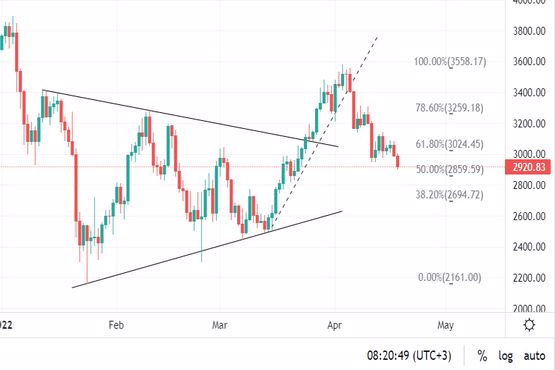 AVAX lost a 3,60% value during morning hours and is priced around $72.88. When we consider AVAX/USDT pair technically, AVAX broke the triangle formation and can retest the trend at $70.20. The price movement within the triangle formation continues. If there is no demand here, pullbacks towards $66 might follow. 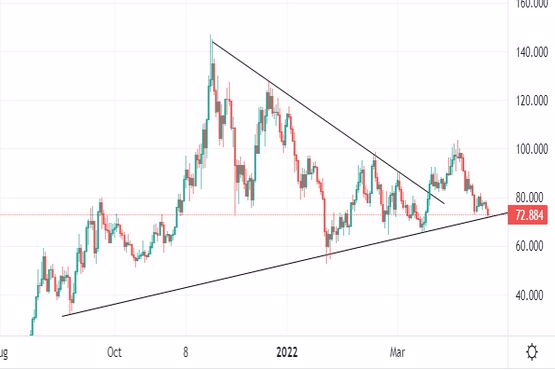 Ripple lost a 2,36% value during morning hours and is priced around $0.7344. When we consider the XRP/USDT pair technically, the price movement within the triangle formation continues.
The level of 0.6942 can work as support if XRP, which has faced resistance from $0.78 (the 50DMA level), continues to make the price movement towards the uptrend. 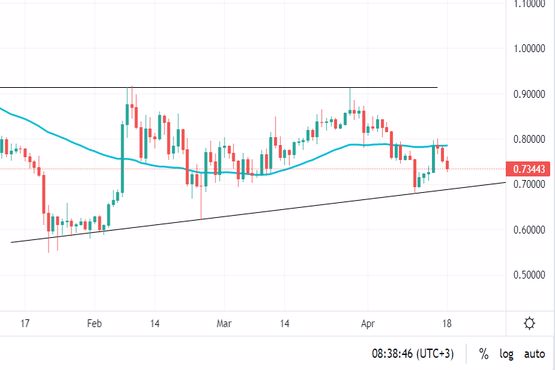 LTC lost a 3,31% value during morning hours and is priced around $106. When we consider the LTC/USDT pair technically, it broke the downtrend as of November 10 upwards and accelerated towards  $133. LTC faced reaction from this level and could not succeed an upward movement above $133, even though it accelerated towards the 50DMA. With the continuation of the downward movement, the support band in the range of $96-102 can be tested. 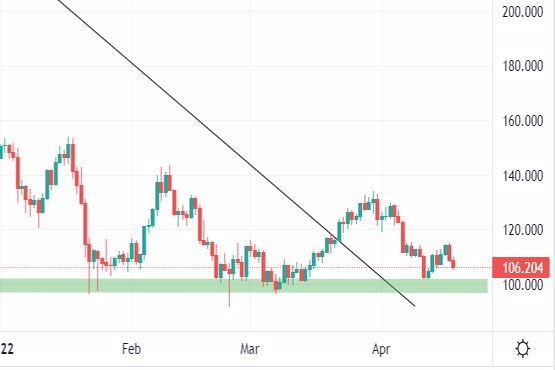 LINK lost a 3,19% value during morning hours and is priced around $13.23. LINK, which has moved below the downtrend since November 10, lost its minor uptrend on April 6 and searches for a support between $12.50-13.50. Parabolic SAR and MACD are still giving sell signals. LINK might retreat towards $11.33 if it loses the support. 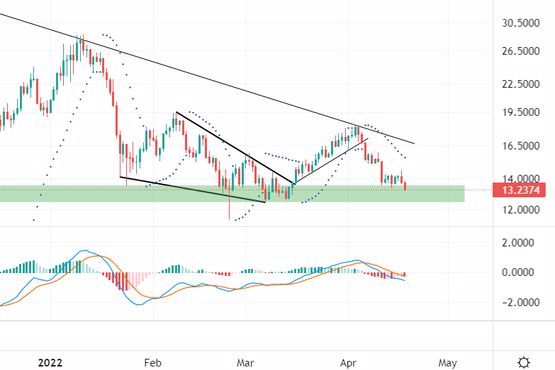 BAT lost a 2,27% value during morning hours, and is priced around $0.7128. When we consider the BAT/USDT pair technically, BAT broke the downtrend on March 14 and found demand from the 200MA level ($0.93) and closed the day. But sales pressure continued and it could have negative price movement at $0.64-0.67. 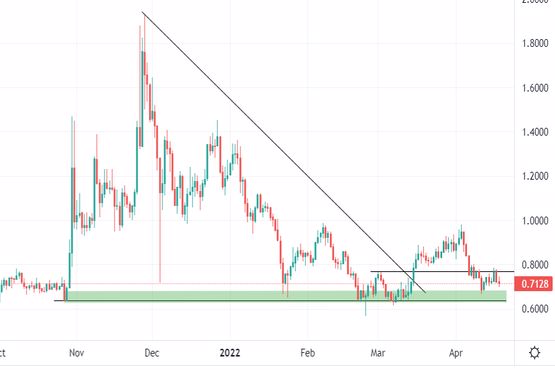