Potential Real Estate Buyers to Pay with Bitcoin in Manhattan

Magnum Real Estate Group accepts Bitcoin (BTC) in selling Manhattan retail properties. According to the statement, the goal is to accept the virtual currency for the sale of three ground-level shops worth about $30 million, while in the future it may be possible to add other properties and locations.

Speaking in an interview with CNBC, O’Leary has said the U.S. Securities and Exchange Commission (SEC) approving a Bitcoin ETF could lead to “another trillion dollars” investment in Bitcoin.

Bloomberg reported Friday addressing to relevant people U.S. officials stated the investigation whether Binance or its staff profited by taking advantage of its customers.

UK Customers on Paypal Can Now Buy and Sell Crypto

Maxime Bernier, founder of the right-wing People's Party (PPC), has said on Twitter to his 156,100 followers that he likes cryptocurrency because he is unhappy with the current central banking system.

California Becomes the Most Cryptocurrency-Ready State in the United States

According to a new industry study by Crypto Head, California has emerged as the most crypto-ready jurisdiction in the United States thanks to the proliferation of cryptocurrency ATMs and the growing interest in digital assets among the state's population.

It took 40 years for 30% of El Salvadorians to get a bank account, but just 10 days for about 20% of them to get a bitcoin account through downloading the Chivo wallet.

Paraguyan Congressman Carlitos Rejala has promised to enact a law which makes Bitcoin legal tender in Paraguay, after announcing that he will run for president in 2023.

Bitcoin lost 3,4% value during morning hours; the current price is $45.595. In general, Bitcoin has a positive flow; however, that U.S. officials started an investigation against Binance about the insider trading and market manipulation, and at the same time Federal Open Market Committee (FOMC) will hold a meeting on 21-22 September; all these facts generate sales pressure on the market.

When we consider the BTC/USDT parity in technical terms, BTC, which closed above $46.648 in the last 5 days equivalent to the Fibo'78,60, could not hold above and during morning hours sharply went down. BTC breaks the prices down where 50 and 200-day moving averages are and gives a selling signal in the daily chart. It is critical that the BTC daily close occurs above $45,860, which coincides with the 200-day moving average. If BTC remains below, it can retreat to $42.000 price level. 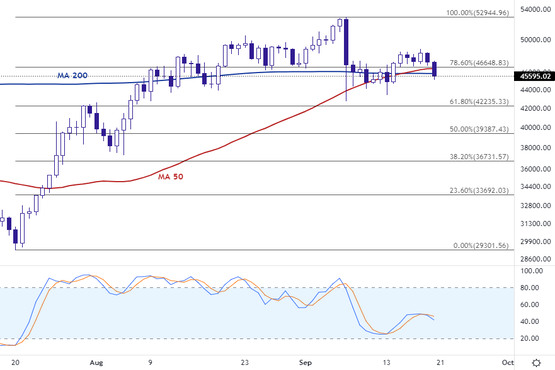 Ethereum lost 4,52% value during morning hours, and the current price is $3184,16. ETH, which seems strong on the fundamental and on-chain data side, is focused on the news flow coming from the Federal Open Market Committee (FOMC) on 21-22 September, as the market in general. ETH has a positive outlook in the long term. 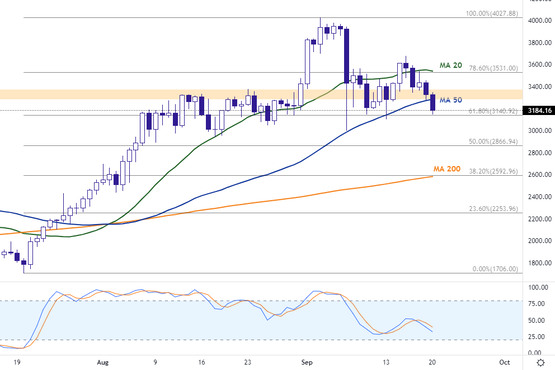 AVAX lost 5,5% value during morning hours and the current price is $64,04. When we consider the AVAX/USDT parity in technical terms, AVAX has risen in the opposite of the drops on weekend, the new peak for AVAX is $76,27. When we consider the AVAX/USDT parity in the 4-hour chart, the selling signal is on from the MACD and there is also a double bottom pattern. If AVAX breaks the $62.24 level down, which coincides with the Fibo'23.60 zone, it can be retreated to the $57 level at the next support and double bottom. 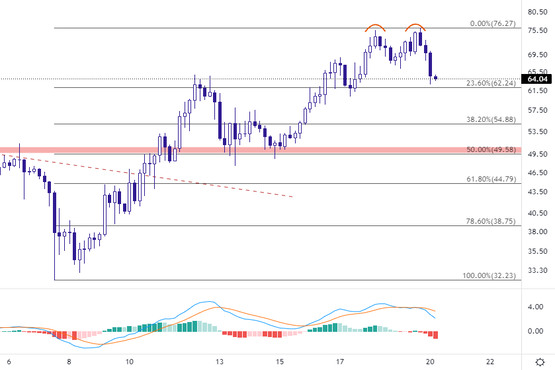 Ripple lost 6,40% value during morning hours; the current price is $0.9833. According to the latest news, amid the ongoing lawsuit with the US Securities and Exchange Commission (SEC), Ripple's legal team reportedly said that they have no plans to settle with the securities watchdog.

When we consider the XRP/USDT parity in technical terms, XRP, which could not hold above the $1,0687 found at the 50-day moving average following the daily close on Friday, has broken the support zone at the $1,045-1,071 levels down. In the daily chart, stochastics continues the selling signal near the over-selling zone. XRP, found support at the $0.9654 level, which coincides with the Fibo'50 zone, may retreat towards its 200-day moving average ($0.9391) if this level breaks down. 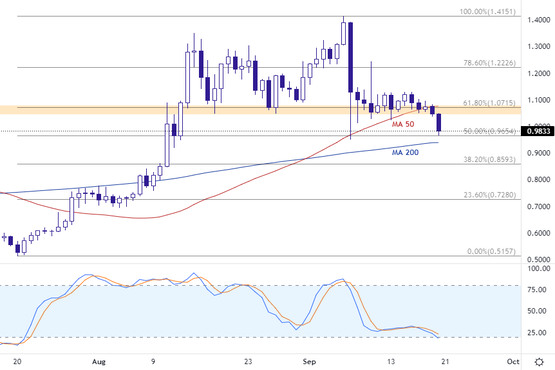 LTC lost 5,90% value during morning hours; the current price is $166,5. When considering the LTC/USDT parity in technical terms, LTC sharply began to retreat below the 50-day moving average following this morning. In our opinion, if LTC holds the $170,9 above, which coincides with the Fibo'61,80 tranche, a rise can be seen. If LTC continues to retreat sharply, it can find support at $155,4. 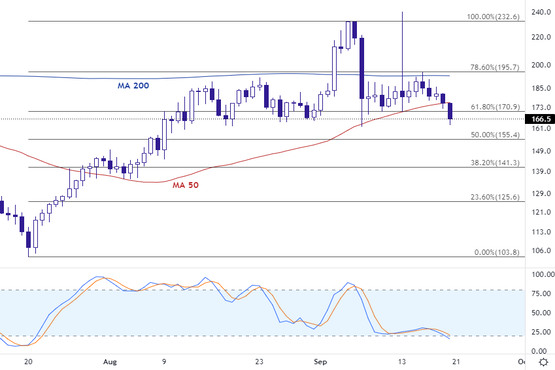 LINK lost 5,20% value during morning hours, and the current price is $25,81. When we consider the LINK/USDT parity in technical terms, LINK, which broke $29.33 down, which was a significant support level on Friday, closing the day below, also broke $27.16 found at the 50-day moving average this morning. We see that sales are intense throughout the market. We think LINK finds support near the $24,80 level when retreating. For continuation of the upward trend, it is essential to rise above the 50-and 200-day moving averages. 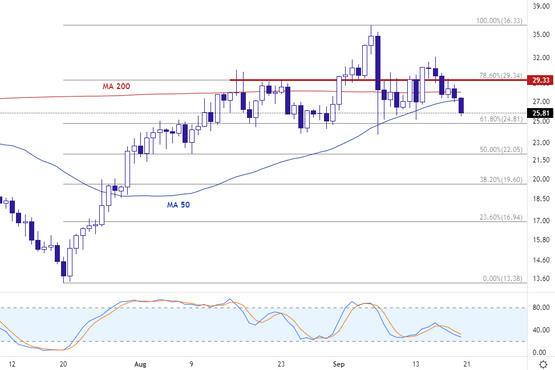 BAT lost 5,94% value during morning hours, and the current price is $0,692. When considering the BAT/USDT parity in technical terms, BAT, which could not break its downward trend following September 9, retested its trend and 50-day moving average. We can see BAT retreats sharply after the resistance at those mentioned levels and has lost its support zone at $0,73, which matches Fibo'50 trance. If BAT continues to retreat, $0,665 is the next critical support zone. 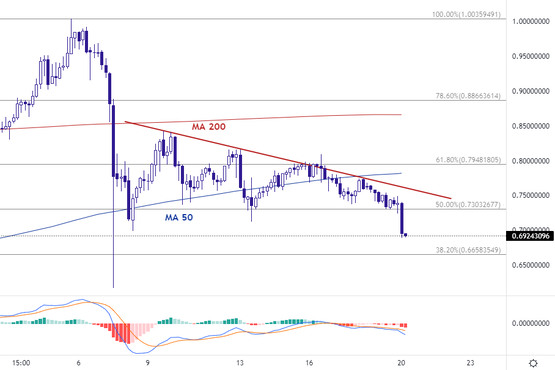