Fintech firm Ripple has announced its plan to launch the "Liquidity Hub," which will allow corporate customers to access cryptocurrencies from global exchanges, market makers, and over-the-counter (OTC) platforms.

In an interview for cryptocurrency investing, Cook told Andrew Ross Sorkin: "I think it's reasonable to have it as part of a diversified portfolio." In addition, Cook did not give any clear information about the cryptocurrencies in which he invested.

Despite multiple media reports, Zimbabwe's Ministry of Information, Promotion, and Broadcasting Services has confirmed that the country has no plans to adopt Bitcoin as an alternative cryptocurrency.

According to a Bloomberg Intelligence analysis, the market is more likely to accept an Ethereum futures ETF by the US Securities and Exchange Commission than a spot BTC ETF. Bloomberg estimates that an Ether futures-backed ETF could be available by the first quarter of 2022.

Discord CEO Hints that Ethereum Is Coming to the Platform

Discord CEO and founder Jason Citron has released a screenshot of an as-yet unreleased feature that allows users to connect to the app with Ethereum.

A former CEO of the investment giant Citigroup predicts that all major financial institutions will consider trading crypto assets. Vikram Pandit, who ran Citigroup from 2007 to 2012, said in a Bloomberg interview that he sees major financial players exploring the idea of offering services related to crypto assets in the coming years.

ING Bank Is Getting Involved in the DeFi Sector

Bitcoin lost 0,80% value during morning hours; the current price is $66.358. According to the data on October 11, 38,536,223 different Bitcoin addresses held the asset on the network. Yesterday, November 9, according to CoinMarketCap data, the number of addresses increased by 362,811 in total to 38,899,034. The fact that Bitcoin is surging in the number of investors along with an increase in prices is an indicator of a healthy rise.

When we consider the BTC/USDT pair technically, Bitcoin, which continues to move within the ascending channel that exists as of July 20, faced resistance at $68.568 and retreated. In the daily chart, MACD gives a buy signal. It can continue to retreat towards $64.000. If there is no support at this level, the middle channel band is the next closest one. Our next price target is $75.000, which corresponds to the upper band of the channel. 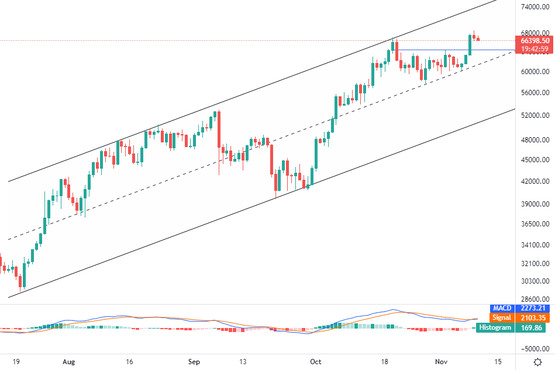 Ethereum lost a 1,00% value during morning hours, and the current price is $4686. According to a Bloomberg Intelligence analysis, the market is more likely to accept an Ethereum futures ETF by the US Securities and Exchange Commission than a spot BTC ETF. Bloomberg estimates that an Ether futures-backed ETF could be available by the first quarter of 2022. News relevant to ETH ETF has not affected the market position yet, but in our opinion, it will be discussed more and more in the coming days.

When we consider the ETH/USDT pair technically, ETH, priced around the uptrend for a month, reached the new peak level of $4822. There's no something new for ETH. We think that the rises will continue towards the $6.000 level for ETH, which has a cup-and-handle pattern in the weekly chart, as we mentioned in the bulletin. The uptrend should not be driven down in the short-term pullbacks. Our short-term price target for ETH is $4.950. 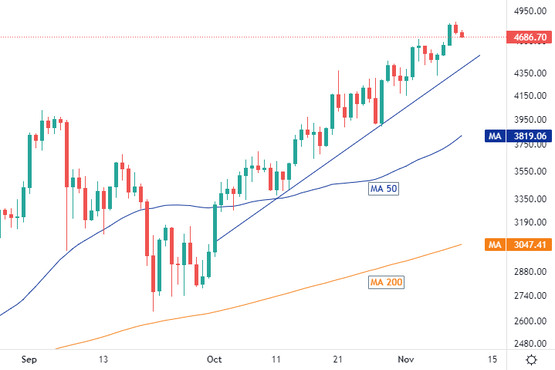 AVAX gained a 5,0% value during morning hours, and the current price is $92,38. When we consider the AVAX/USDT pair technically, AVAX has been continuing its price movement within the ascending channel as of August. The cup-and-handle formation target was reached at the level of $97 in the daily chart. AVAX, which experienced a pullback yesterday, has been on the rise as of this morning. In the short term, we expect it to reach the $100 price target, which corresponds to the middle band of the channel. If the middle band breaks upwards and it holds onto, the upper band level is our next medium-term target. 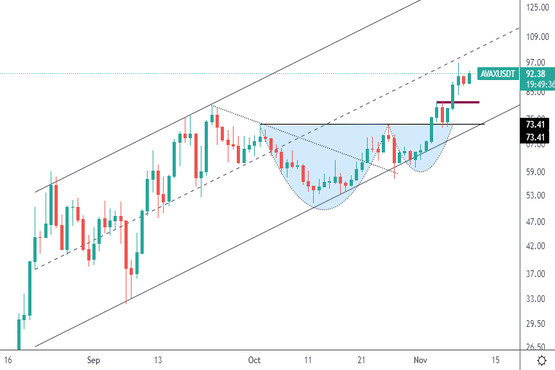 Ripple lost a 2,10% value during morning hours, and the current price is $1,223. Fintech firm Ripple has announced its plan to launch the "Liquidity Hub," which will allow corporate customers to access cryptocurrencies from global exchanges, market makers, and over-the-counter (OTC) platforms. The company continues to develop and conclude different agreements with more and more institutions. We believe that the positive effect of such news feeds for XRP will continue.

When we consider the XRP/USDT pair technically, XRP could rise again after retesting the downtrend as of October 10. In the daily chart, MACD continues to give a buy signal. XRP closed the day above $1.23 yesterday. We expect the rises for XRP to continue towards our short-term price target of $1.41. 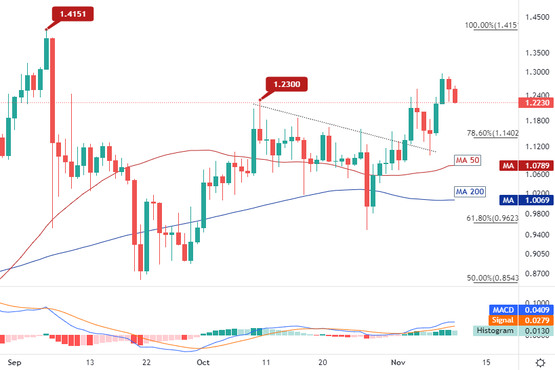 LTC lost a 2,00% value during morning hours; the current price is $255,5. When we consider the LTC/USDT pair technically, LTC, which moves in the ascending channel as of September 29, broke the upper channel band above its volume and closed the day. I think LTC has not finished its rise; there have been some pullbacks this morning. We expect that the rises towards $300, which is the channel target, will continue. 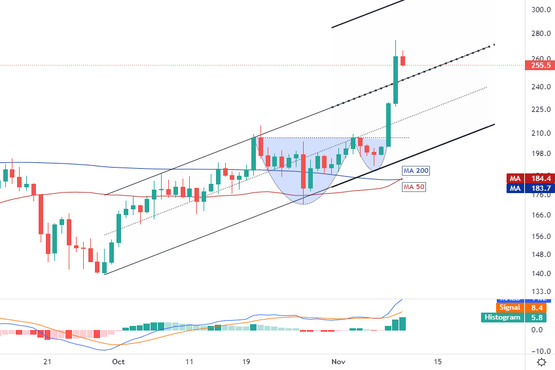 LINK lost a 0,15% value during morning hours, and the current price is $33,69. When we consider the LINK/USDT pair technically, LINK, which moves in the ascending channel as of September 21, faced resistance at $36,33, our short-term price target. As of this morning, we expect LINK, which has retreated to the support zone at $33.70. If it holds onto the $33.70 level, the rise towards $36 may start again. 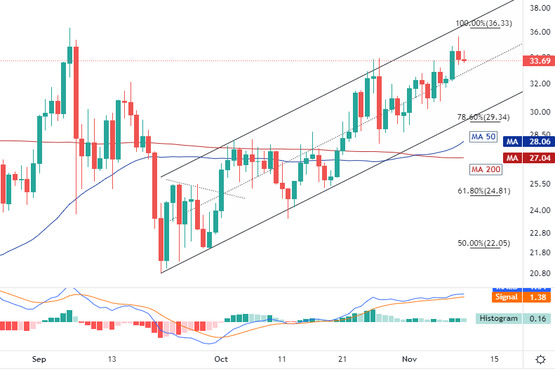 BAT lost a 2,30% value during morning hours, and the current price is $1,1377. When we consider the BAT/USDT pair technically, BAT stayed in a limited zone after the sharp rise by the Solana agreement. The BAT, which closed the day below the $1,2258 (Fibo'78,60), continues to retreat this morning. It crossed the 50-MA and 200-MA as of the daily close. This indicator confirms the uptrend. In our opinion, the uptrend has ended for BAT, which stands strong. 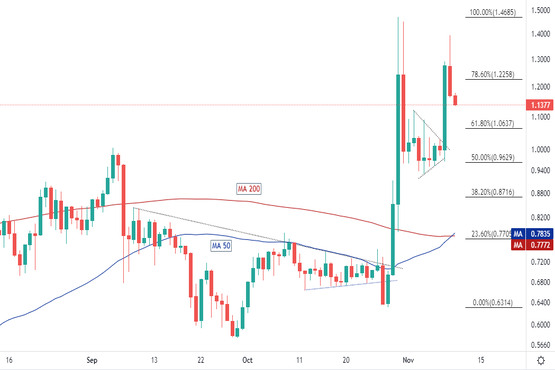