Ripple has launched a $250 Million worth "creative fund" to create scenarios in using non-fungible tokens (NFT) for creators, brands, and marketplaces.

Europe Has Become the Largest Crypto Economy in the World

According to the Chainalysis report released on September 29, Central, Northern, and Western Europe (CNWE) has become the largest crypto economy in the world. Over the past year, the region has received over $ 1 trillion in cryptocurrency, and this amount represents 25% of all global activities.

In a blog post, the cryptocurrency platform announced that they enabled AVAX transactions. The firm confirmed that it will list Avalanche's local token on September 30, provided that "liquidity requirements are met".

Ukraine Is Building a Digital Future with Bitcoin

After signing the legislation adopted by the Ukrainian Parliament on September 8, President Volodymyr Zelensky said that Bitcoin and other cryptocurrencies may soon be used legally in Ukraine. He added that they will consider the transition to a fully digitized economy and Bitcoin as legal tender.

NFTs, which represent the ownership of a real or virtual asset, will be verified on Twitter. Today, a developer from the company shared early, experimental screenshots of the feature.

The Central Bank of Ukraine Seeks to Hire A Blockchain Developer

The National Bank of Ukraine, the country’s chief monetary authority, has recently added to LinkedIn its blockchain developer job opening.

The capacity of the Bitcoin Lightning Network has reached an all-time high of 3,000 Bitcoins, according to The Block's Data Dashboard.

The Swiss Financial Market Supervisory Authority (FINMA) has approved the first Swiss crypto fund. The fund is managed by the asset manager Crypto Finance is held by Seba Bank. In a statement, the regulator said: "FINMA has approved for the first time a Swiss fund that invests in crypto assets." said.

Bitcoin gained 4,80% value during morning hours; the current price is $43.570. Following El Salvador's positive statements, now in Ukraine, after signing the legislation adopted by the Ukrainian Parliament on September 8, President Volodymyr Zelensky said that Bitcoin and other cryptocurrencies may soon be used legally in Ukraine. He added that they will consider the transition to a fully digitized economy and Bitcoin as legal tender.

When we consider the BTC/USDT parity in technical terms, having retested $42,235 (Fibo'61,80) below, BTC retreated along with the resistance from this level and closed the day below this level. As of the candlestick open time, BTC has breached the resistance level at $42.000-42.600 and Fibo'61,80 and may rise to the $44.500 level to retest the downward trend as of Sept. 7. The price movements close to the trend should be followed. 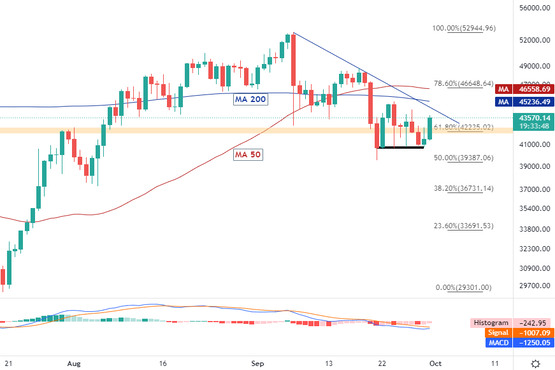 When we consider the ETH/USDT parity in technical terms, having recently found support at $2798, the monthly support level, ETH wiped some of its intraday earnings out, yielding about 1.6 percent. ETH, which made its daily close at $2850, has risen again this morning and broke the crucial $2900 (Fibo'61,80) resistance upwards. In the daily chart, MACD goes well, and if intraday earning increases, we think there may exist a buy signal. The next important resistance level for ETH is $3160-3200. 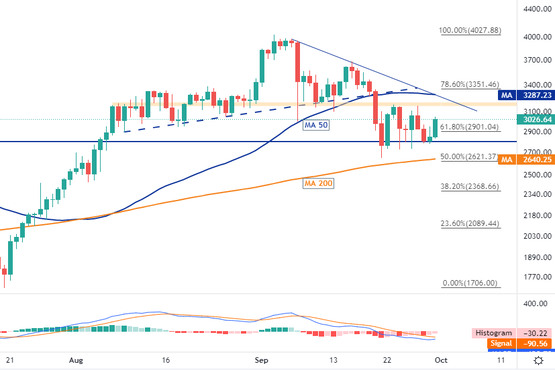 AVAX gained a 6,40% value during morning hours, and the current price is $65,40. When we consider AVAX/USDT parity in technical terms, AVAX, which moves in the major channel as of Sept. 13, was priced increasingly from the support in the lower band of the ascending channel ($63) yesterday. In the 4-hour chart, MACD gives a buy signal. We think the rise towards $76.5, which is our short-term price target for AVAX, will continue. 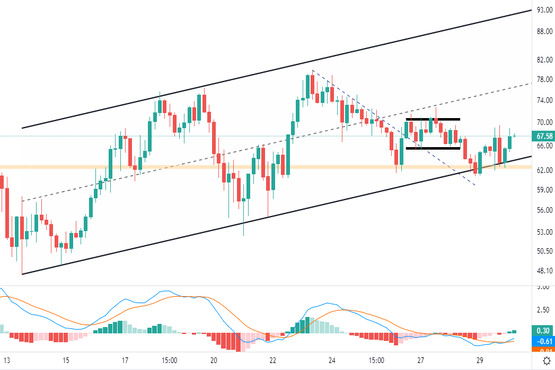 Ripple gained a 3,55% value during morning hours, and the current price is $0,9632. Ripple has launched a $250 million "creative fund" to create scenarios using non-fungible tokens (NFT) for creators, brands, and marketplaces. We think that future project partnerships and agreements will have a positive impact on the price in the next period.

When we consider the XRP/USDT parity in technical terms, XRP, which continues its downward trend as of September 10, has breached the trend upwards this morning. In the daily chart, stochastic gives buy signals. But we need to wait for the signal approval by the daily close. XRP, which has gained upward momentum with the trend break, has seen resistance at $0,9632 (200-day moving average) this morning. Along with the upward break,  the next price target is $1,045. 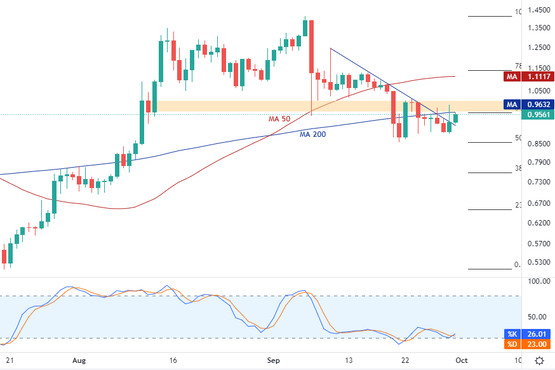 LTC gained a 4,60% value during morning hours, and the current price is $151,3. When we consider the LTC/USDT parity in technical terms, having risen with the support of the $141,3 (Fibo'38,20) level, LTC retests the downward trend from the $152 level as of this morning, alongside rising in the total market. As we mentioned in the bulletin yesterday, we suppose a break should occur to set a new upward trend. In this sense, trend break should be followed. 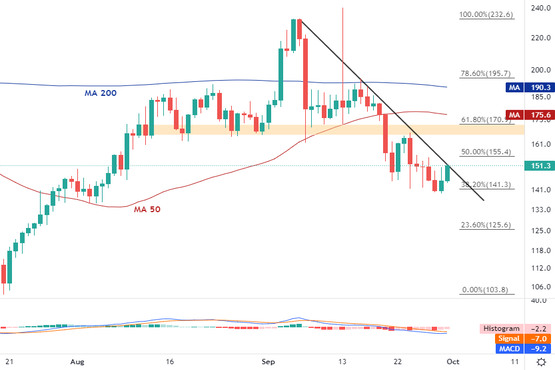 LINK gained a 6,15% value during morning hours, and the current price is $24,22. When we consider the LINK/USDT parity in technical terms, LINK, which recently began its upward price movement with the support found at $22.05 (Fibo'50), continues to rise this morning. During morning hours, LINK faced a resistance found around $24,2-24,8. A trend break from this upward line is vital. In the daily chart, we expect a MACD buy signal in the next few days. The first important short-term price target for LINK is $24.81 (Fibo'61,80). 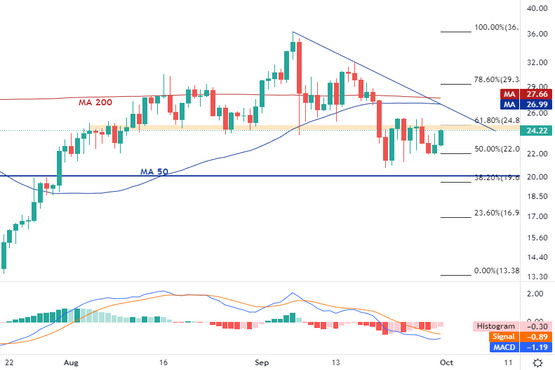 BAT gained a 3,70% value during morning hours; and the current price is $0,6164. When we consider the BAT/USDT parity in technical terms, having had recently an upward direction with the support at $0,557, BAT retests $0,6164 (Fibo'38,20) below, during morning hours. We suppose BAT, which retests the downward trend as of Sept. 6, will resolve from the sales pressure and move in a horizontal/ascending line, in case of having a trend break and daily close above the trend. 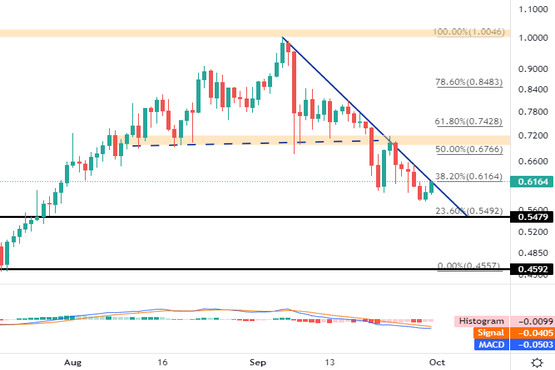