In a letter to Magistrate Judge Sarah Netburn, Ripple CEO Brad Garlinghouse and co-founder Chris Larsen argue that the court has to deny the U.S. Securities and Exchange Commission’s most recent request for another extension of time. Ripple doesn't want to delay the conclusion of the case.

In Malaysia, the Deputy Minister urged the government to adopt Bitcoin and cryptocurrencies as legal payment instruments, according to a report. There was no indication that the government considered the adoption of crypto like El Salvador.

Algorand Is Planning a Series of Upgrades

Silvio Micali, an MIT professor and Founder of Algorand, announced at a conference in Australia on Tuesday that he plans to make a series of upgrades to boost the security and speed of the Algorand network and to create a reliable bridge between the chains.

Tommy Hilfiger to Participate in Decentraland!

The Tommy Hilfiger brand will also exhibit its spring and wearable NFT collections during Decentraland Fashion Week, which will take place from March 24 to 27, 2022. “I was inspired by the power of digital technology,” American fashion designer Tommy Hilfiger said in a statement.

El Salvador's Finance Minister Alejandro Zelaya said the country is waiting for the right time for its first Bitcoin bond. Stating that the government is ready to issue bonds, Zelaya said that it would prefer bond issuances to be made between March and April or at the latest in September due to market conditions.

Bitcoin lost a 1,05% value during morning hours and is priced around $41.905. When we consider BTC/USDT pair technically, BTC retreated to the 50MA level (40.656) and it climbed up, finding support. In BTC, which is priced close to $43,000, we see that the downtrend in RSI also tends to break upwards. In BTC, which recovered part of the positive price movement yesterday, the permanence price above $42,500 can lead to the $44,000-46,000 zone. When retreating, the 50MA level should be followed. 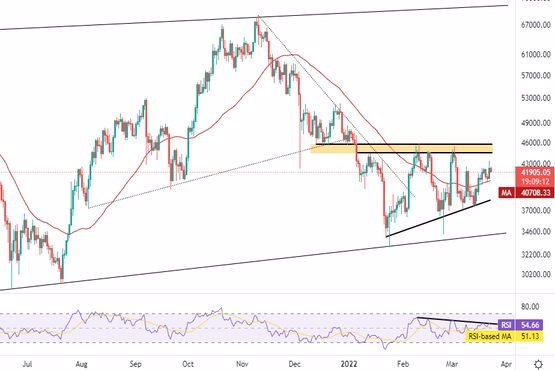 Ethereum lost a 1,05% value during morning hours and is priced around $2935. When we consider ETH/USDT pair technically, ETH broke the short-term minor trend as of November 30, 2021, upwards  and closed the week above those levels. ETH, which holds onto the support level  (50MA), climbed up to $3050 yesterday. ETH, which lost momentum towards the end of the day, should be followed up with $2809 and $2880 (the 50MA level), when retreating. 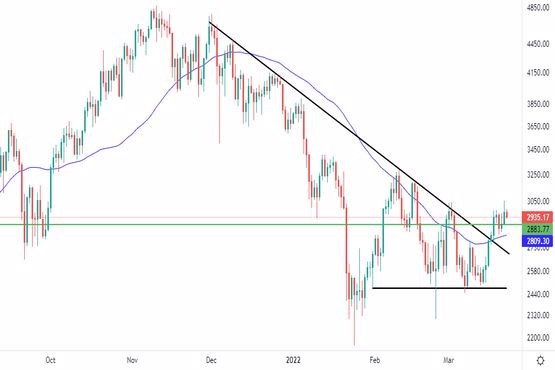 AVAX lost a 0,06% value during morning hours and is priced around $83.90. When we consider AVAX/USDT pair technically, there is no major change and the positive outlook sustains. When we consider AVAX/USDT pair technically, AVAX had a stagnated price movement as of January but broke the zone upwards. When sell-offs decreased, the acceleration above $95 became effective. Breaking the downtrend upwards, AVAX has retested this trend and turned it into a new support. If it does not lose the momentum,rise towards $100, the resistance zone marked in blue might follow. 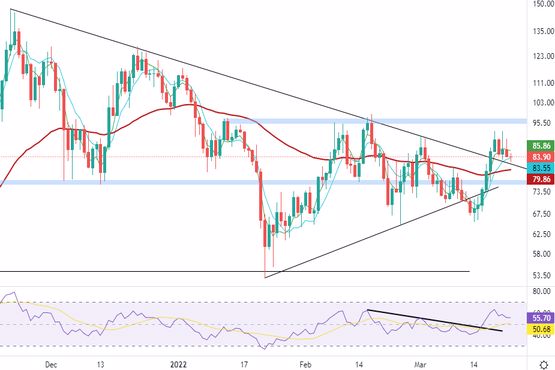 Ripple lost a 1,20% value during morning hours and the current price is $0.8267. In a letter to Magistrate Judge Sarah Netburn, Ripple CEO Brad Garlinghouse and co-founder Chris Larsen argue that the court has to deny the U.S. Securities and Exchange Commission’s most recent request for another extension of time. Ripple doesn't want to delay the conclusion of the case.

When we consider XRP/USDT pair technically, there is no major change in the outlook. In XRP, which has broken its downward trend with the positive decision taken by the court, slight rises continue. Daily close in XRP, which broke the $0.8579 level upwards yesterday, was below this level. We expect momentum to be gained towards $0.92, the previous local peak, holding onto the level. 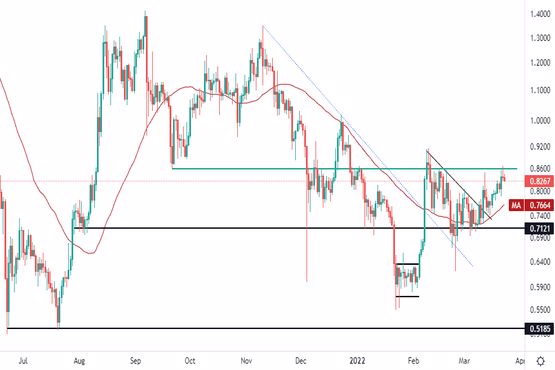 LTC lost a 5,50% value during morning hours and is priced around $119.6. When we consider LTC/USDT pair technically, LTC could finally break the downtrend upwards that existed for a long time and closed the week above this trend. This mornings, it's retreating. LTC, which closed above $121 yesterday, might continue to rise towards $130 if it sustains above this level. 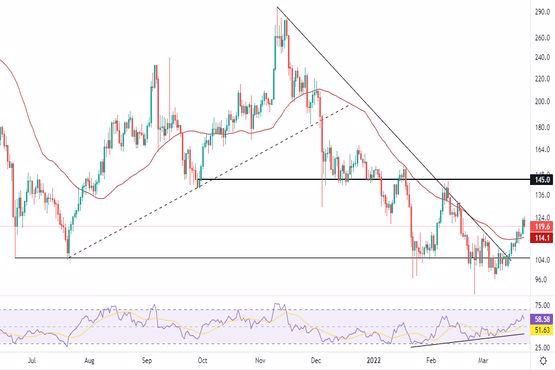 LINK lost a 1,1% value during morning hours and is priced around $15.27. When we consider LINK/USDT pair technically, LINK has price action inside the horizontal channel as of May 26. It resolved from the stagnated price movement dominates over LINK on February and moved forwards the target marked in red. Along with the market-wide rise yesterday, LINK broke its 50MA level upwards and close the day around the levels marked in red. Testing the $15.09 (the 50MA level) this morning, LINK might rise to $18 unless it breaks it downwards. 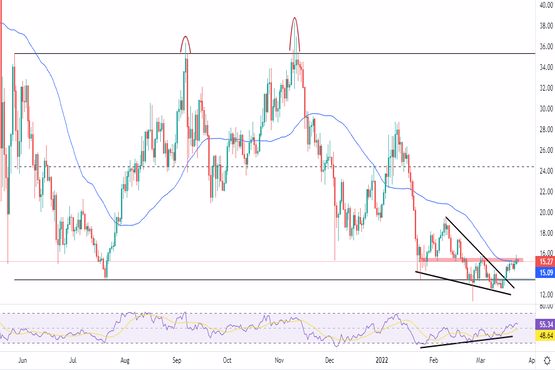 BAT lost a 0,45% value during morning hours, and is priced around $0.8062. When we consider BAT/USDT pair technically, BAT received momentum, breaking the downtrend and closing the week above the 50MA level (0.7694). For BAT, which we expect to gain momentum again with the market-wide increase, our next first price target is $0.9246 (the 200MA level). In order for this scenario to happen, it should sustain above the 50MA level. 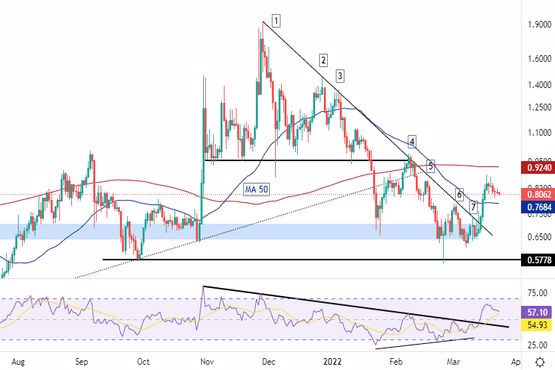