Yesterday in the Singapore Parliament, the Financial Services and Markets Act was passed. However, it was decided to introduce regulations for digital asset service providers established in Singapore but not providing services in the country.

MicroStrategy announced that the company purchased more 4,167 Bitcoins in addition to all its purchases. Bitcoins with an average value of $45,714 are worth about $190.5 million.

Initial efforts to solve the hack case in one of the biggest hackers in DeFi history, Axie Infinity's side chain, Ronin, have begun to yield results. According to data linked to the attack addresses, the hacker transferred about 1,400 Ethereum to Tornado Cash earlier this morning.

According to a PwC report, more than 80% of central banks are considering or have already launched CBDC (Central Bank Digital Money).

In a recent survey by Investopedia, a total of 5,000 people from each generation were asked what their plans were to finance their retirement. According to the results, younger individuals rely on riskier assets for early retirement.

Bitcoin lost a 0,45% value during morning hours and is priced around $45.247. When we consider BTC/USDT pair technically, it continues price movement above the the ascending triangle formation, which was broken before. In BTC, which saw a short-term reaction of less than $48,300 (the 200MA level), this level could not be overcome upwards, and the horizontal price movement continues in the region of $45,000-48,000. Retesting the downward trend in the daily chart in the RSI, the momentum appears to have lost. The breakout of the horizontal band at $45,000-48,000 will determine the direction of the next short-term trend. 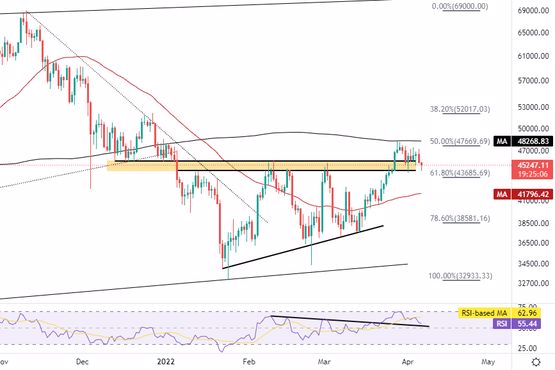 Ethereum lost a 1,70% value during morning hours and is priced around $3346. When we consider the ETH/USDT pair technically, the symmetrical triangle existing as of 12 January in the daily chart was broken upwards yesterday. There was a rise up to the $3500-3585 band. ETH, which had a daily close of over $3488 (the 200MA level) on Sunday, lost the pricing, despite the permanence above this level. In ETH, which broke the uptrend in the daily period this morning, the intersection of DEMA 7 and 14 gave a sell signal after a long time. $3,150 can be followed when retreating. 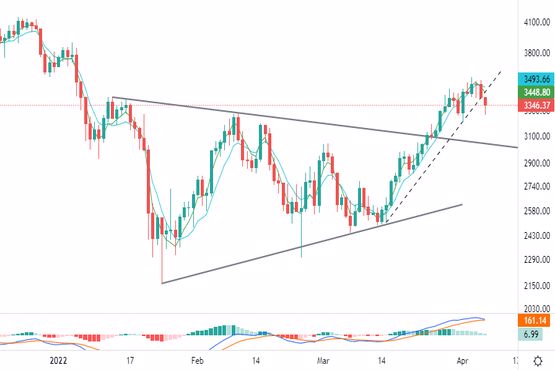 AVAX lost a 0,95% value during morning hours and is priced around $90.18. When we consider AVAX/USDT pair technically, AVAX had a stagnated price movement as of January but broke the zone upwards, and the momentum moved towards $103.62. Due to this positive price movement, AVAX broke its short-term rising trend downwards, and it found support at $86.99 (Fibo'61,80) this morning. If the pullbacks continue, the 82-83.5 dollar band can be followed as a possible new support level. 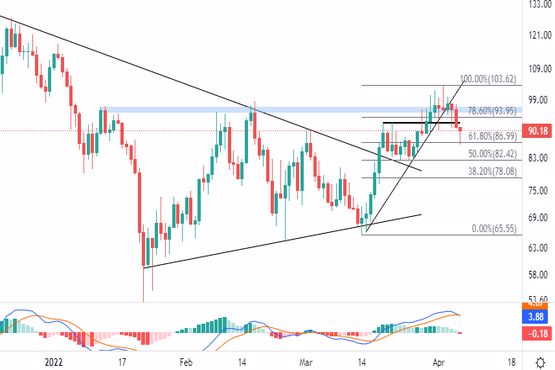 Ripple lost 0,60% value during morning hours and the current price is $0.81. When we consider the XRP/USDT pair technically, XRP, which recently hit the level of $0.8945 (the 200MA level), fell below $0.8582 again with the reaction it faced from this level. When we look at the daily period, a cup and handle formation occurs in XRP, which performs price movements between 50MA-200MA levels. We think that momentum will come with the formation resistance reaching 0.8932 dollars and the upward breakout of the 200MA level. 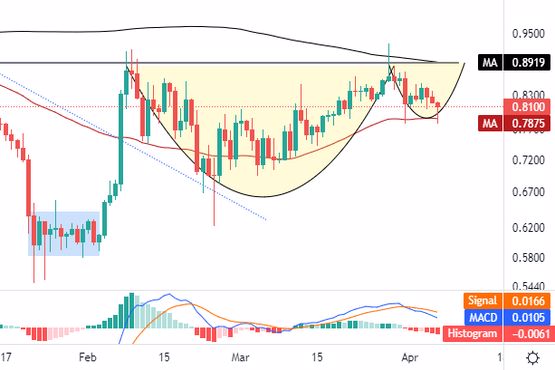 LTC lost a 2,20% value during morning hours and is priced around $120. When we consider the LTC/USDT pair technically, the rising channel, which has existed since March 14, was lost downwards last week and there is a horizontal price movement in the LTC, which has a limited pullback. When we consider the metrics in the daily chart, the short-term sales pressure continues for the parity, which we see that SAR and MACD indicatiors continue the sell signals. We are monitoring the level of 114.7-116 dollars as the first level of support. 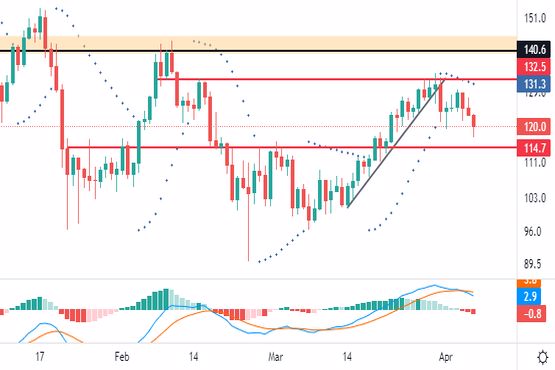 LINK lost a 2,11% value during morning hours and is priced around $16.36. When we consider the LINK/USDT pair technically, LINK has price action inside the horizontal channel as of May 26 and lost the minor uptrend as of daily close yesterday. The persistence of this zone is important in LINK, which has pullbacks towards the support level in the $15.20-15.60 marked in red. 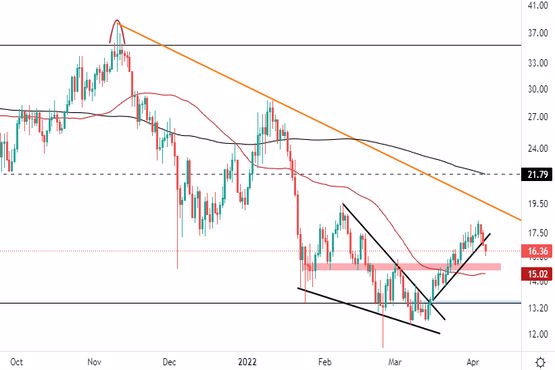 BAT lost a 3,90% value during morning hours, and is priced around $0.8068. When we consider the BAT/USDT pair technically, although there was a daily closure above the level of 0.9287 dollars (the 200MA) in BAT, which has been dominated by a horizontal/slightly rising price movement for a while, this level was lost downwards again yesterday morning. In the 4 hours, BAT, which broke the rising minor trend as of March 7, retreated towards this trend as of February 24, when the sales were accompanying. We expect this trend and the level of 0.7713 dollars (the 50MA level) to work as support. 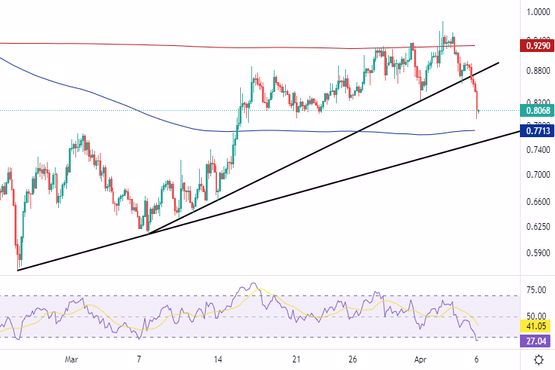