SEC Commissioner Says Crypto Has No Need a Special Regulatory Framework While there have been calls by the cryptocurrency community for the SEC to provide clearer regulation for the industry, one of the agency’s commissioners thinks otherwise.

Venture capital firm Andreessen Horowitz is planning to raise $4.5 billion for cryptocurrency investments. Of that sum, $3.5 billion will be allocated to its crypto venture fund, while $1 billion will be placed for a separate fund focused on seed investments. If successful, the A16Z's new fund will be the largest of its kind.

In an article discussing the role of cryptocurrency in the Russian financial sector, the country's central bank proposed a ban on the use, trade and mining of these assets. It stated that cryptocurrencies are often used for criminal operations such as fraud and money laundering. As a result, the article proposes new legislation and regulations to prevent any crypto-related business in the country.

NYC Mayor to Receive First Paycheck in ETH and BTC

The Mayor's Office said Thursday that New York City Mayor Eric Adams has fulfilled his promise to receive the first paychecks in cryptocurrency. According to the statement, Adams' first paycheck, which arrived on Friday, will be converted to Bitcoin and Ethereum through an exchange before the funds become available.

The US Securities and Exchange Commission has made another decision similar to previous spot Bitcoin ETF decisions. This time, the institution rejected the spot Bitcoin exchange-traded fund offer from First Trust and SkyBridge Capital.

According to the owner of one of the enterprises that is actively burning SHIB, meme crypto developers are currently working on new mechanisms for burning Shiba Inu Tokens. Judging by the current situation, almost 110 million SHIBS were destroyed over the weekend, and the circulating supply continues to decrease.

Bitcoin lost a 4,50% value during morning hours; the current price is $38994. The US Securities and Exchange Commission has made another decision similar to previous spot Bitcoin ETF decisions. This time, the institution rejected the spot Bitcoin exchange-traded fund offer from First Trust and SkyBridge Capital.

When we consider the BTC/USDT pair technically, BTC continues price action below the downtrend on November 10. Looking at the MACD in the daily chart, it appears to have given the sell signal again with the current price movement, but it is necessary to wait for the daily close to be confirmed. As we mentioned in the daily yesterday, we cannot talk about a permanent rise without the breakout of the downtrend, despite the intraday upward price movement, the sales pressure dominated on the daily close. Also, it broke $39.600 downwards. If BTC closes the day below this level, the drops may deepen. 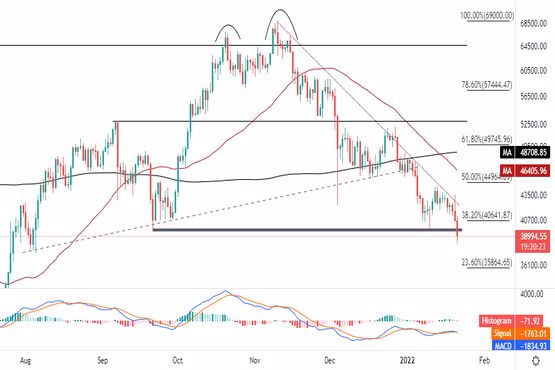 Ethereum lost a 4,40% value during morning hours, and the current price is $2873. When we consider the ETH/USDT pair technically, ETH went above the uptrend as of August, finding support at $2985. But this trend could not hold on and was a bull trap. After the breakout of the trend, it broke $2985 downwards. ETH broke $2881,80 (Fibo'50) as of this morning. If the daily close occurs below this level, a downward price towards $2500 follows. 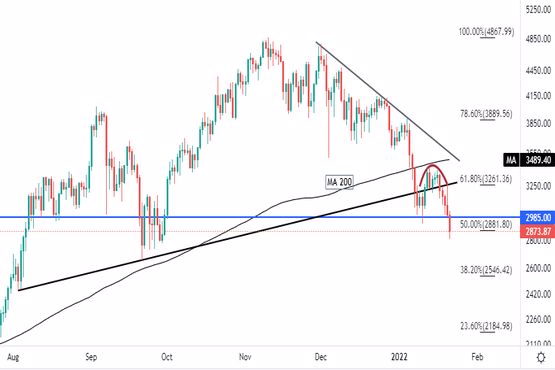 AVAX lost a 4,70% value during morning hours, and the current price is $75,87. When we consider the AVAX/USDT pair technically, AVAX had retreated to $79.80 (support level) in the weekly chart. It found support near this zone yesterday. We see that the bearish movement continues this morning on AVAX, which broke this level down yesterday. We expect the decline to continue if not go up above $79,80. Since AVAX broke the descending triangle formation downwards. 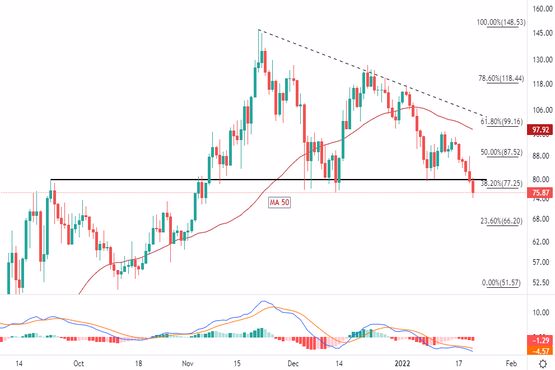 Ripple lost a 3,10% value during morning hours, and the current price is $0,6969. When we consider the XRP/USDT pair technically, XRP continues price action below the downtrend on November 10. If it closes the day below, we expect a price movement between $0,5182 - 0,7121 to occur. 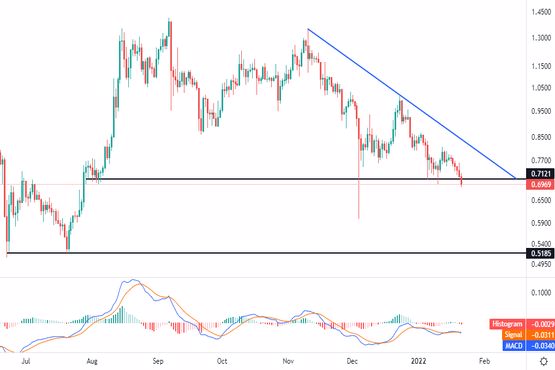 LTC lost a 4,05% value during morning hours, and the current price is $124,6. When we consider the LTC/USDT pair technically, LTC had broken the downtrend as of November. So, a momentum continued to the 50MA level ($153). It faced resistance at the 50MA level and majors increasingly dropped. LTC retreated to the previous dip level. We think that the downward price movement will continue and that the likely support level is the $105-110 band. 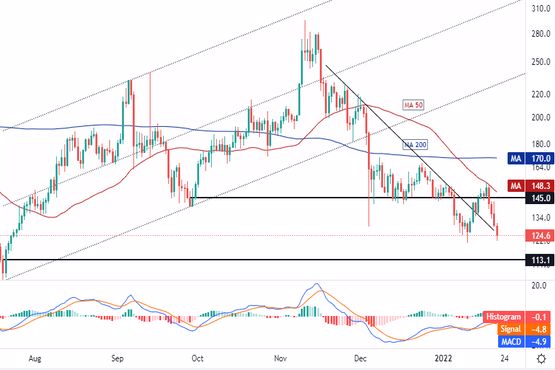 LINK lost a 4,55% value during morning hours, and the current price is $19,44. When we consider the LINK/USDT pair technically, LINK continues price action inside the ascending channel as of July 2020 in the weekly chart. LINK recently broke the 200MA level (24,85) and experienced a downward acceleration. As we mentioned in the daily newsletter, the retracements continued towards the $20 level for LINK.  Considering the majors, we expect the drops to continue for a little longer. 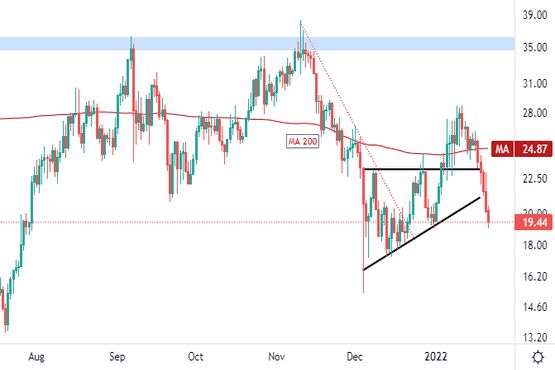 BAT lost a 4,16% value during morning hours, and the current price is $0,8724. When we consider the BAT/USDT pair technically, the price movement goes on as we expected. BAT, which has been retesting its uptrend as of November, started its downward movement with the resistance from the same level. We think that the bearish movement may continue for the BAT, which reached $0.88, as we noted in the daily newsletter yesterday. We do not expect to see persistent rises in altcoins without a clear relief in the majors. 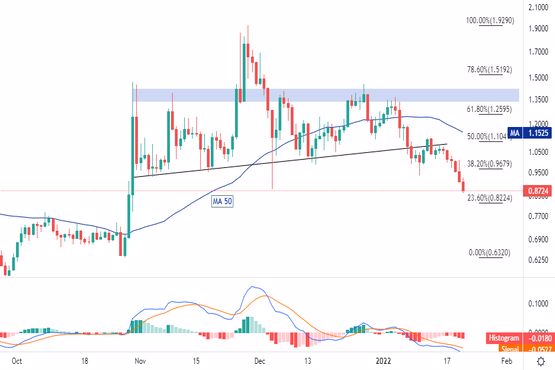