62% Of Institutions to Start Investing in Cryptocurrency Within a Year

The popular crypto price tracking websites CoinGecko and CoinMarketCap are currently inaccessible to users based in China.

Europe Has Become Largest Crypto Economy With Over $1T in Transactions

According to a new study by blockchain analytics firm Chainalysis, the European region in general -Central, Northern, and Western, or shortly CNWE, has surpassed $1 trillion in digital assets over the past year, reaching the most active cryptocurrency block in the world.

Head of the U.S. Federal Reserve, Jerome Powell Still Undecided About the CBDC

Jerome Powell, the head of the Federal Reserve, is still undecided about whether the United States should issue a digital dollar.

Altair Upgrade to the Ethereum Network In October

Altair, which is described as the first mainnet upgrade to the Beacon Chain, is scheduled to take place roughly on October 27, according to Ethereum Foundation researcher Danny Ryan.

Bitcoin gained a 3,05% value during morning hours; the current price is $42.276. Institutional investors are increasingly looking to move into cryptocurrency investment to grow their revenues in the long term, a new survey revealed. 62% of institutional investors with zero investment in cryptocurrencies like Bitcoin said they expect to make their first investments in cryptocurrencies within the next year, according to a new survey by European investment manager, Nickel Digital Asset Management. The positive news points out Bitcoin to continue its money flow.

When we consider the BTC/USDT parity in technical terms, having broken $42,235 downwards yesterday, which is equivalent to Fibo'61,80 level, BTC retreated to the short-term support level, $40,719, and closed the day above this level. In the 1-hour chart, BTC rose with the negative divergence accumulated on RSI last night and retests the down $42235 level. If BTC breaks the level again up, the upward price movement increasingly occurs. 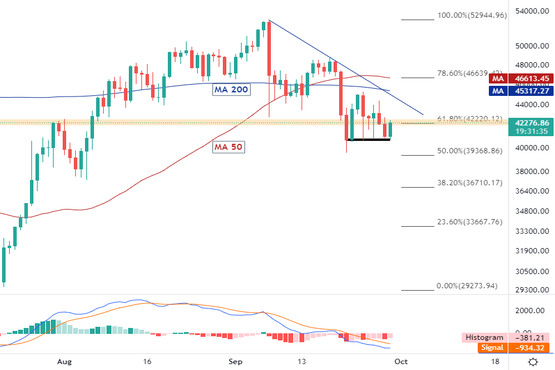 Ethereum gained a 3,85% value during morning hours, and the current price is $2913,24. Altair, which is described as the first mainnet upgrade to the Beacon Chain, is scheduled to take place roughly on October 27, according to Ethereum Foundation researcher Danny Ryan. In our opinion, the news of ETH 2.0 coming soon will affect positively the ETH price in the next days.

When we consider the ETH/USDT parity in technical terms, concerning the downward movements throughout the market yesterday, ETH retreated to $2798, which was the monthly closing level in April and then closed the day above this level. Although ETH broke the $2900 level down yesterday, ETH found support at $2798 and retests the $2900 level below. If a break occurs and the day is closed above, then we can talk about a rise persistence. 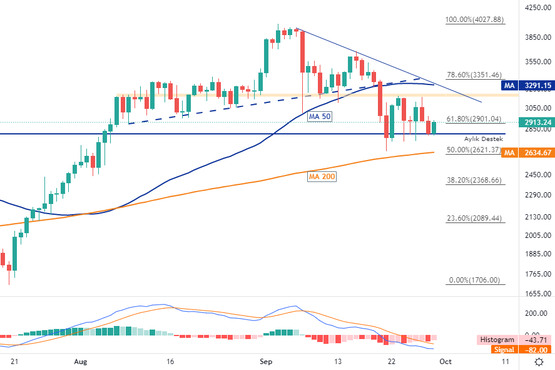 AVAX gained a 6,40% value during morning hours, and the current price is $65,40. When we consider the AVAX/USDT parity in technical terms, AVAX, which moves in the ascending channel, had broken the support line at $65,5 and then found support from the lower band of the ascending channel ($61). AVAX, which also broke the lower band of the major channel, which rose last night, started to price within the channel again with a rapid recovery. if the $62.5 level, which coincides with the channel lower band, breaks down again for AVAX, where we do not see a clear return signal in the 4-hour chart, there may be a retreat towards the $ 55 levels with it. The first price target in the upward direction is at $76, which matches the mid-level of the ascending channel. 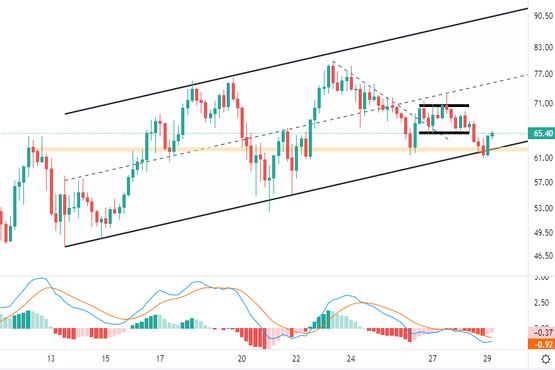 Ripple gained a 3,1% value during morning hours, and the current price is $0,9201. When we consider the XRP/USDT parity in technical terms, XRP continues its downward trend as of September 10. In the daily chart, stochastic still gives a sell signal. Although rises until the downward trend at $9265 accompanied with the candlestick open, the expected break has still not occurred. As we mentioned in the bulletin yesterday, thanks to the upward break of the descending minor trend XRP will resolve from the sales pressure. When retreating, the Fibo'50 ($0,854) should be followed. 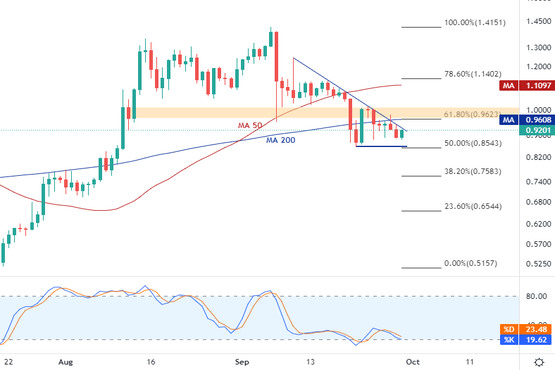 LTC gained a 3,1% value during morning hours, and the current price is $144,9. When we consider the LTC/USDT parity in a technical sense, having retreated to $141 mentioned in the daily bulletin yesterday, LTC found support in the morning from this level, Fibo'38,20, as well as the important supply/demand zone. Holding above this level as of the daily close and breaking the downward trend that existed as of September 6 are interpreted as vital price movements for the formation of a new uptrend. 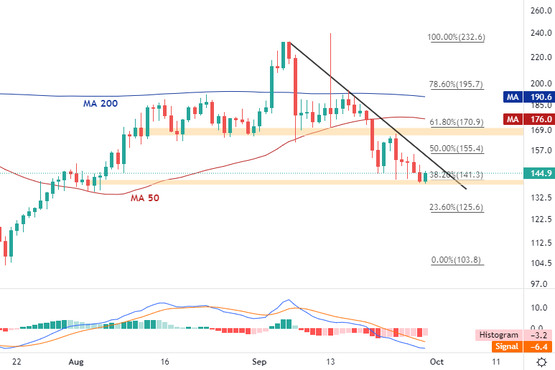 LINK gained a 5,90% value during morning hours, and the current price is $23,41. When we consider the LINK/USDT parity in technical terms, LINK, which recently retreated to the next support $22.05 level with its reaction from the Fibo'61.80 ($24.81), found support as of this morning. In the daily chart, metrics do not have positive outlook yet. The most important level to be monitored for the bullish direction for LINK is the resistance zone in the $ 24.2-24.8 levels, while the level of support in the weekly chart, the $20.1 level, should be closely watched during the pullbacks. 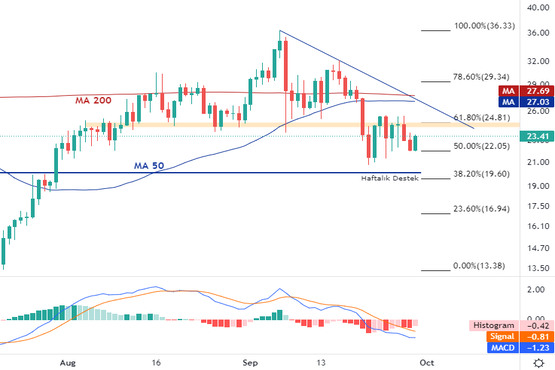 BAT gained a 3,60% value during morning hours; and the current price is $0,6025. When we consider the BAT/USDT parity in the technical term, BAT continues to be priced below the downward trend that existed as of September 6. The turn-back signal from the metrics cannot be received yet, in the daily chart. However, if the pullbacks continue for the BAT, which has lost about 42 percent since the peak level of September 5, the level of $ 0.5480 should be followed. BAT will resolve from the sales pressure when it breaks the still-continuing downward trend. 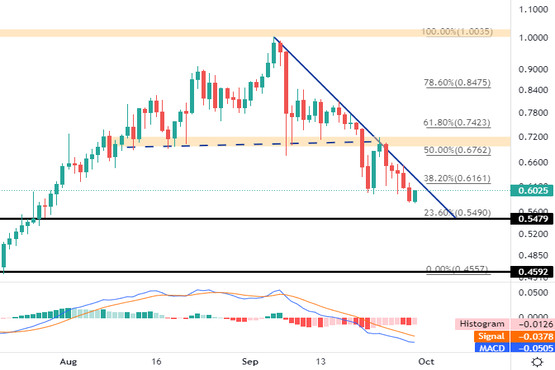