The decision, which the entire crypto world has been waiting for with curiosity and excitement, was announced yesterday evening. Bitwise and Grayscale's Spot Bitcoin ETF-ETP applications were rejected by the SEC. The approval of these applications was that it would reflect quite positively on the market by most crypto experts. However, the general market expectation was that it would be rejected, and the SEC rejected both applications.

Grayscale Spot ETF Takes Its Decision to the Court!

Upon the rejection of the Spot ETF application, which has been awaited for months in the news we gave above, Grayscale CEO Michael Sonnenshein, who said in all his previous statements that they were ready for every outcome and would not hesitate to take the case to court, said yesterday that they were very disappointed with the decision and that they would take this process to court.

The news that 3AC, which has never fallen off the agenda for the past 2 weeks and has affected the market quite negatively, has reached the stage of bankruptcy because it cannot pay its debts. 3AC Celsius, which owes money to almost all crypto asset borrowing companies, has also created major problems for companies such as Voyager and BlockFi. A court in the British Virgin Islands ordered 3AC to liquidate their holdings. Company officials said they were doing their best and were looking for a solution.

Polkadot announced the transition to a new on-chain management model. The new Gov2 model aims to increase the number of decisions made by the Polkadot administration while improving the decentralization and inclusiveness of these decisions. The model will undergo professional inspection for the last time and be released.

MicroStrategy Continues to Spread Hope in the Market

MicroStrategy, one of the leading companies in institutional crypto investments, announced that it buys BTC at this time when almost everyone plans to reduce their holdings. According to the statement made by the CEO of the company Michael Saylor, the company has added $ 10 million worth of BTC.

Today, which is very critical for Bitcoin, negative news came and a small pricing took place. The news of the rejection of Grayscale and Bitwise's Spot ETF applications caused a great disappointment in the market, although the expectation for the response from the SEC was already negative. For this reason, Bitcoin, which pushed 20,400 levels, started the day at 20,000 levels.

Bitcoin is priced at $20,034 today, up 0.45% in the morning. Bitcoin, which has been moving inside a channel for a long time, is stuck in the channel lower band and has been moving there within a $ 400 area for some time. A negative flow from the market or a downside break of the Nasdaq's critical levels may cause BTC to break below the 18,000-19,000 band, which is considered a critical level, and go down to the price of $ 14,000. 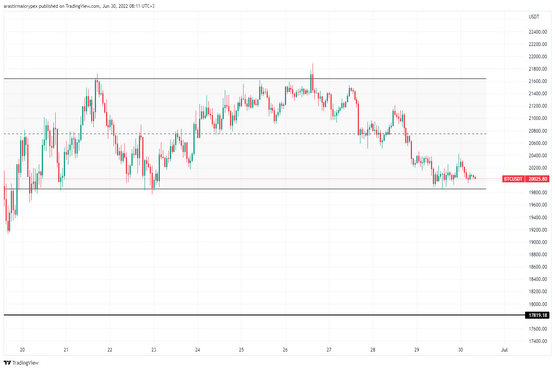 The expected development in Ethereum is finalized today. The development is critical as it allows a date prediction to be made regarding the Ethereum merger. This means that with the Gray Glacier development, Difficulty Bomb will experience a 100-day postponement and the feature will be operational near October 2022, which will finish mining for merge. Ethereum had a strong pricing along with these developments. Although it closed the past 2 weeks with a positive divergence, it fell to the $ 1000 band with the return of BTC to the level of 20,000 this week.

Today, ETH, which gained 1.27% in the morning hours, is priced at $ 1086. Etherum broke the ascending channel it has been in since June 20 to the downside and fell to $ 1080 levels. On Tuesday, the channel tried to break the midband for the last time, but the sharp reversal from there pushed Ethereum directly to $ 1100 levels. The critical level for Ethereum right now is the $1,000 band. Before that, there is a support level at $1050 that doesn't look very strong. 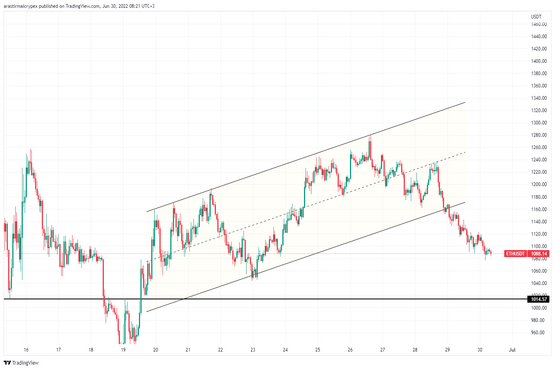 AVAX, which has lost 3.71% of its value as of the morning hours, is priced at $ 17.13. When we look at the 4-hour chart of AVAX, we see that it broke the $ 20 and then $ 18.50 level downwards and fell to the level of $ 17 after it could not break the level of 21.50 after its strong appearance last week. We would like to say that the failure to break the $17 band to the downside is critical for pricing, and if this level is broken, there is no strong support up to the $15 level. 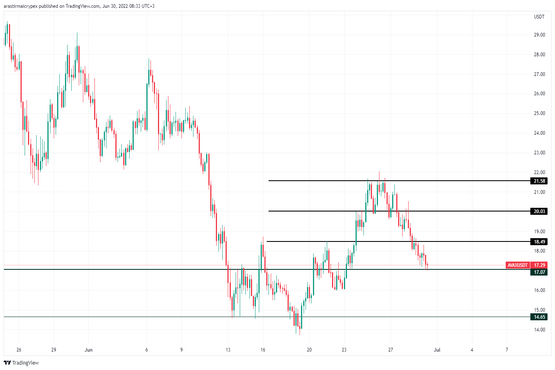 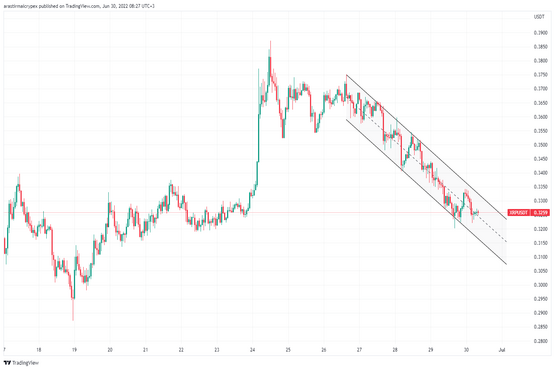 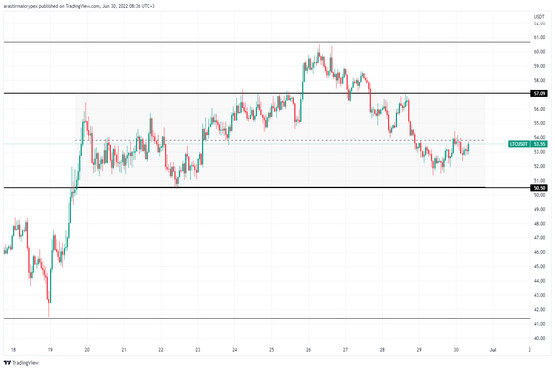 LINK is down 0.1% at $6.17 today. LINK broke the rectangular pattern it formed between 6.30-7.58 prices to the downside during the night hours today and fell to $ 6 levels. We can say that LINK, which seems to be quite low volume and weak, may fall to $ 4.80 prices if the market experiences a general decline. 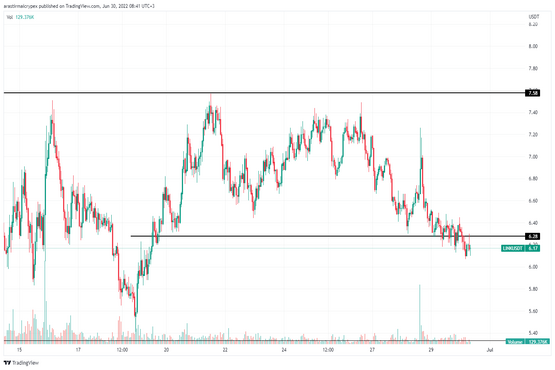 BAT is trading at $0.3775, down 1.95% as of morning hours. When we look at the 4-hour chart, BAT, which has been in a channel since mid-May, is currently priced in the upper band of the channel. Although it tested to break below the mid-band of the channel yesterday, it quickly returned to 0.3780 levels. 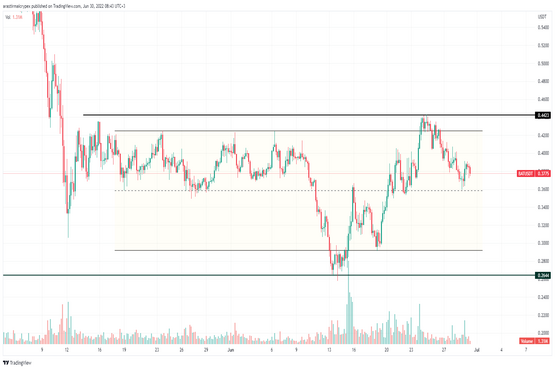