Standard Chartered Chairman José Viñals says that digital assets will have “extraordinary development” in the coming years. He states that his company is becoming involved, and other institutions, such as large international banks are also entering the cryptocurrency sector.

Crypto Will Not Be Taxed in South Korea, For Now

Previously presented revisions to existing tax codes have been postponed until January 1, 2023, since commissioners have to find a way to classify cryptocurrencies as financial investment income.

The Upcoming Bitcoin Supply Shortage May Trigger Next Bull Run

According to Glassnode Blockchain on-chain market intelligence, specific Bitcoin market metrics indicate that Bitcoin (BTC) may be ready for an uptrend market.

According to research by Chainalysis, cryptocurrency volume in Africa, which increased 1200% in one year, is %50 higher than the global growth average. On the other hand, the rest of the world recorded an 880% increase over the same period.

Bitcoin earned 0,28% value in morning hours, is priced at $47.871. When we examine on-chain data for Bitcoin, we see that the MVRV Z-Score is still at the $2.56 level. The MRVRV Z-Score is a metric that analyzes periods where Bitcoin is overvalued or undervalued relative to its fair value. When we check the metric out, the MVRV Z-Score of the bull peak run ends at and over 8. According to the metric, there's still time for the rise continuity.

When we consider the BTC/USDT parity in technical terms, BTC, which has horizontal price movement under the $46.684 level matching Fibo'78,60 trance between September 7-14, has held successfully above this level in the last 2 days. In the daily chart, MACD goes well. We think that the rise will continue unless there is a daily close again under the Fibo'78,60 zone. 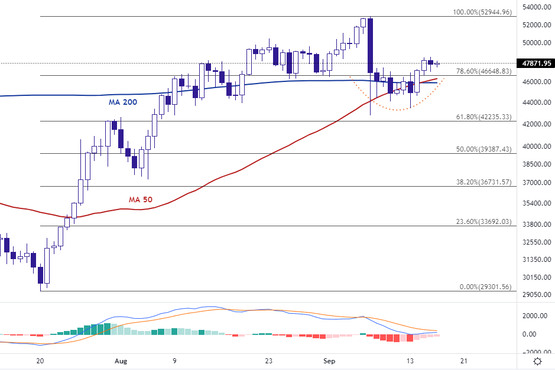 During morning hours, Ethereum lost a 0,39% value is priced at $3550.71. When we examine the chain data for Ethereum, the total amount of ETH locked in ETH 2.0 surpassed 7,677,890 units this morning. They are worth about $27.5 billion, and this amount comprises about 6.5 percent of the total circulating supply. ETH metrics have a positive outlook.

When we consider ETH/USDT parity in technical terms, ETH, which holds above the 20-day moving average after the 2-day closing, has successfully retested the $3545 level matching the 20-day average. If ETH holds above the level in the short term, we expect ETH to rise towards the $4,000 level. 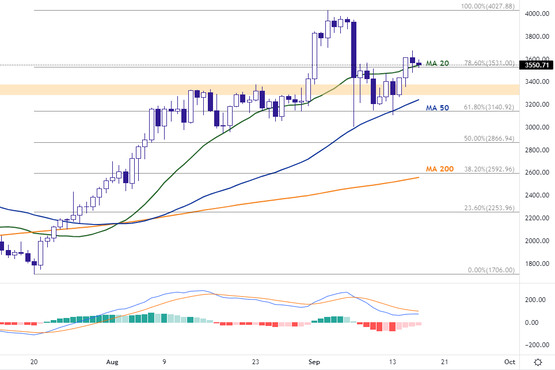 During morning hours, AVAX lost a 4,1% value is priced at $65.26. According to yesterday evening news, well-known investment companies, including Polychain and Three Arrows Capital said they would support $230 Million to the Avalanche ecosystem. As AVAX's ecosystem continues to grow every day, we think that its positive impact on prices will continue.

When we consider the AVAX/USDT parity in technical terms, AVAX, which shows sharp price movements from the downward trend to the upward break following September 12 peak, has risen to its highest $68,89 level after being affected by positive news. AVAX, which has tested the former support zone at $ 64,90 in the morning hours, will continue to rise to the next highest levels if it becomes successful to hold above the level. 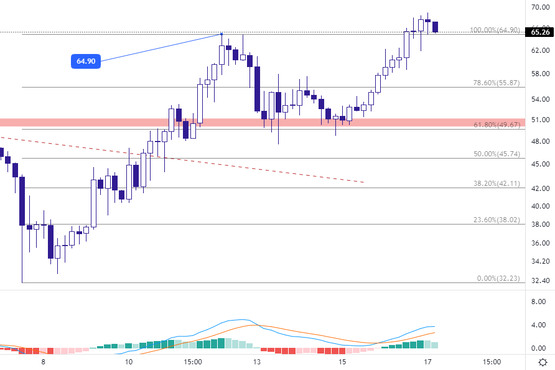 During morning hours, Ripple lost a 0,40% value and is now priced at $1,0925. When we consider the XRP/USDT parity in a technical sense, XRP, which has successfully retested the support zone around $1.0715 matching the Fibo'61.80 zone yesterday, still protects the horizontal price movement. We expect an increase in trading volumes and acceleration in price movements to be seen after XRP closes the day above the $1.13 level for XRP, which has too much low volume in the last average. 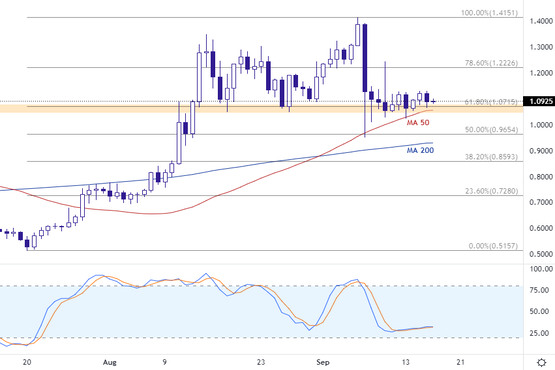 Showing a sideways trend during morning hours, LTC is priced at $185,2. When we consider the LTC/USDT parity in the technical sense, LTC, which has horizontal price movement, shows a retracement following a reaction from its 200-day moving average ($192.9) and also a reaction from the $195,7 level which matches the Fibo'78,60 tranche. It is seen that MACD is going better in the daily chart and the buying signal is on the way. We expect a sharp price movement to be seen with an upward break of the 200-day moving average, which has been working as a specific resistance for a long time. 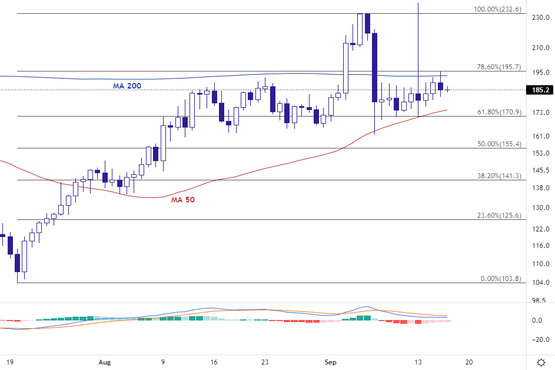 Showing a sideways trend during morning hours, LINK is priced at $29,55. When we consider LINK/USDT parity in technical terms, LINK, which has been holding above the $29,33 level for days, retests it today. In stochastic, which gives a buy signal in the daily chart, there is a peak formation after yesterday's price movement. As long as the $29.33 level remains above, our $34 price target that we have already stated for LINK remains valid. 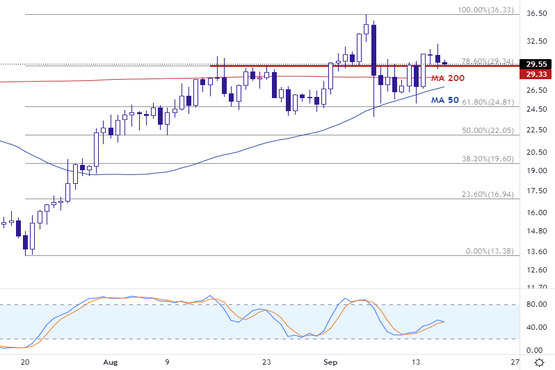 During morning hours, BAT lost 0,25% value and it is priced at $0,7666. When we consider the BAT/USDT parity in technical terms, BAT, which has been priced for a while yesterday above its downward trend following September 9, could not break its trend and the $0,7948 level upwards matching the Fibo'61,80  zone. BAT, which has begun to retreat to the $0.769 level, where it has a 50-day moving average, is priced below its 50-day moving average this morning. In the 4-hour chart, we see the MACD's selling signal. We think that BAT's retreat may deepen to the $0,73 level, which matches the Fibo'50 tranche. If the trend is broken on intraday, our price target of $0,8632 remains valid. 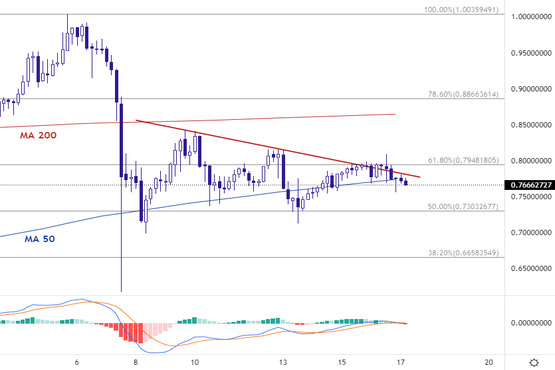