A statement from the Stellar Development Foundation (SDF) said Stellar was integrated with the Samsung Blockchain Keystore. This made it possible for Samsung device users to store and use XLM in Samsung's official built-in wallet.
Denelle Dixon, SDF's chief executive, said: “it's very important to offer a really simple way for users to store their keys and use them on the chain, and that's why we're excited.” description found.

Mitsubishi UFJ Financial Group (MUFG), the world's fifth-largest bank, is set to roll out its own digital currency in the second half of 2020.

MUFG president and CEO Hironori Kamezawa told news agency Mainichi Shimbun that they are in partnership with Recruit Group and planned to make mobile individual payments backed by digital currency.

Hironori Kamezawa said in a statement that about 1 million Recruit member stores have already signed up to this collaboration and stated that they think anyone can use it openly.

BTCUSD, which consolidated in the 9220-9330 band range, continues its pricing in the oversold region on the daily chart. It is thought that 9150 and 9070 supports can be followed if 9220 support is broken. In this concept, the cryptocurrency can continue its channel-wide pricing. On the other hand, the resistance of the channel by breaking and catching a positive reaction from the 9330-9360 bandgap may bring along the continuity of the acceleration. However, it is beneficial to pay attention to the turns that can be experienced from the channel resistance. 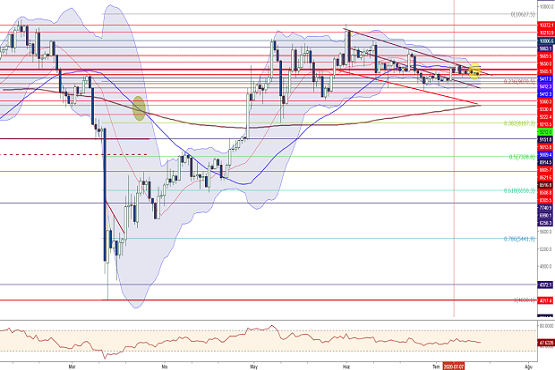 In ETHUSD, which continues pricing in the 237-241 band range, candle power is progressing weakly. If the 237 support held on, the 241 and 246 resistors can be considered. Upward breaking of 246 is important for the continuity of the reaction. However, it is beneficial to note that the breaking of 237 support in the cryptocurrency, which draws attention with its proximity to the balance level, may bring downward movements up to 228 support in the first place. 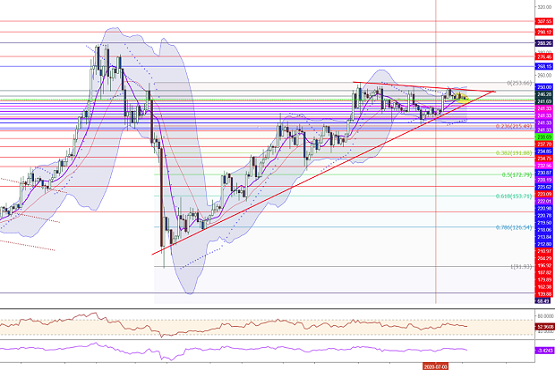 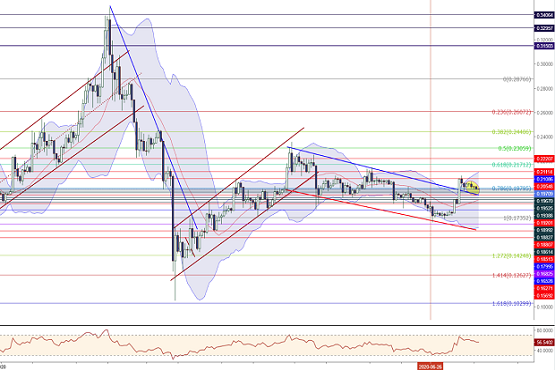 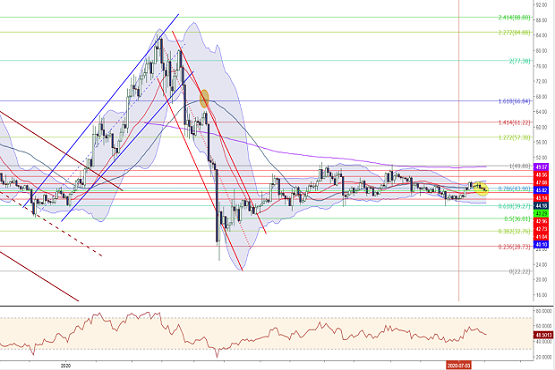