DeFi Loss 25% in Value
According to Sentiment data, the market value of DeFi tokens has lost about 25%. Especially in the second quarter of 2020, the transaction volume of DeFi tokens decreased by 30%, and retractions of up to 50% were seen in prices.


Bitcoin Investment from Square
Square, co-founder of Twitter co-founder and CEO Jack Dorsey, announced that he bought $ 50 million worth of Bitcoin. Dorsey was previously on the agenda with his positive views on Bitcoin. However, after the MicroStrategy firm bought $ 400 million of Bitcoin, it is seen that the investments of institutional companies in Bitcoin and cryptocurrencies have increased.

This morning Bitcoin is trading with a 2,7% gain. Trump’s statements in the previous day were to postpone new stimulus package offers after the elections but yesterday he announced that he started negotiations with Democrats. Thus, the crypto markets with the Bitcoin lead gained a positive outlook.

For the last few days, Bitcoin was getting support from 10,450-10,500 levels and despite the positive news BTC couldn’t break 10,850-10,900 resistance. On the other hand, positive signals are shown such as the flag pattern on both the hourly and 4-hour charts. The flag pattern indicates a continuation of the formation. The pattern can keep on unless there’s an attempt of getting lower than the secondary support level 10,700. Moreover, the first short-term downtrend had a breakout while the next trend is passing by 11,200 levels. The area between 10,800 and 11,200 is pretty tough to break since profits are usually taken in this zone. 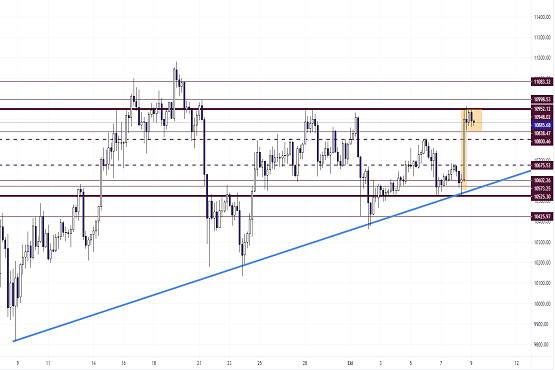 Fort the last two weeks Ethereum was having a negative seperation from Bitcoin but this morning ETH is having a positive seperation with gaining 1% more than BTC. Also, the volatility on Ethereum is getting close to 50% in which the situation can affect Ethereum prices positively. On the contrary, the increase of premiums on Ethereum derivates which are being hedged can lead investors to trade in spot markets.

Technically, ETHUSD almost gained 4% in comparison to yesterday. Notwithstanding that it’s still traded at the same horizontal band which is still active in 333-355 $ levels. There wasn’t a breakout despite the momentum and the attention will be on the 355 $ resistance level since ETH traded right next to this level today. Fallbacks or resistance breakouts can have reactions on the market. 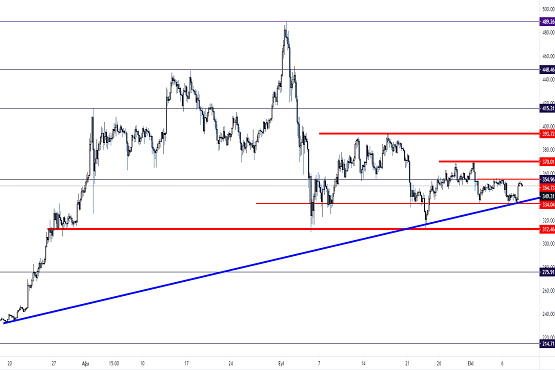 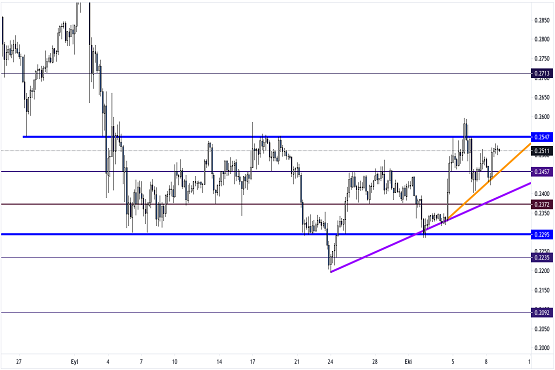 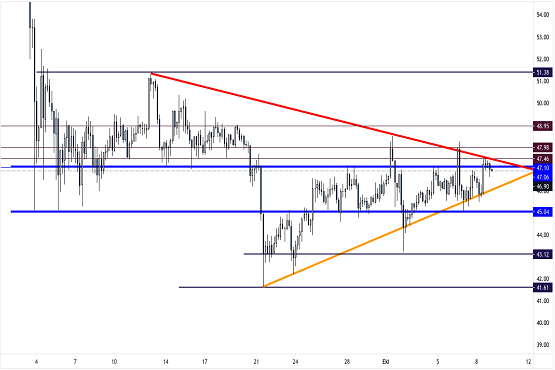 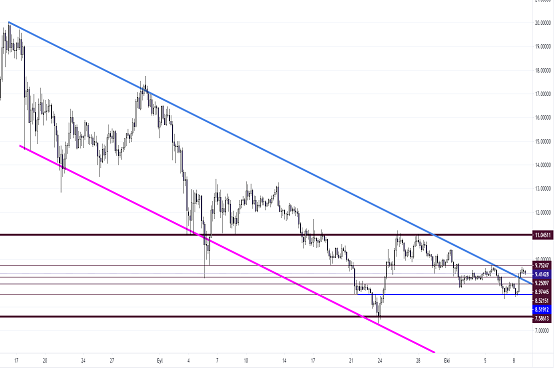