Support For Digital Currencies From PayPal

Following the opening of PayPal with 346 million users to cryptocurrency transactions, it has been signaled that countries will cooperate with regulators for digital currencies to be issued. With this development, it has been reported that the crypto functionality has been expanded to PayPal's base of 10%. It was even stated that with the increase in the number of cryptocurrencies and the support of CBDCs, the expectation could increase 2-3 times.

Big Drop in Bitcoin Mining Difficulty
As a measure of its competitiveness to earn block rewards, Bitcoin's mining difficulty reported the biggest percentage drop since October 2011. As a result of the transition from hydroelectric power plants to fossil fuel plants, especially after the monsoons, Bitcoin mining machines were unplugged. The decrease in production has led to a decrease in Bitcoin mining difficulty.

Huge Drop in DeFi Tokens in October
Despite Bitcoin's strong upward trend in the decentralized finance (DeFi) market, a 50% retracement was seen in October. Especially as a result of the cyberattack suffered by Harvest Finance, the reliability of DeFi tokens was questioned. Due to the poor performance of DeFi tokens, sentiment in the market has become increasingly negative.

Regulation Decision on Cryptocurrencies Exchanges
Cryptocurrency trading restrictions in China directed investors to Hong Kong. The regulation decision of the Hong Kong Securities and Futures Transactions Commission (SFC) obliged cryptocurrency exchanges to obtain licenses. For this reason, exchanges that do not have a license will not be able to sell cryptocurrency. Huge crypto exchanges have operations based in Hong Kong.

Bitcoin is trading around $ 13,800, with a near 2% retracement this morning. The expectations in the US elections were that Biden would take the lead, but it was not expected and the polls were again wrong. Regardless of whether Biden or Trump is a candidate, the Fed will print money to finance the budget deficit in the US, and plenty of money will support the low-interest environment risk appetite and create liquidity, especially Bitcoin. Bitcoin's market dominance is over 66% and there is an increase in mining rewards. The increase in rewards can pick up a drop in demand for several days.

When we consider BTC / USD technically, the prices stuck at the June 2019 peak could not break this level. In addition, oscillators also pointed down, moving into the overbought zone. Yesterday, we saw some profit realization, but we follow the holdings in the 13,200-13,300 region in possible intraday movements. The main trend since March 13 is past $ 11,700, so be wary of major corrections. The main outlook is positive and in an upward trend against possible mid-term corrections. 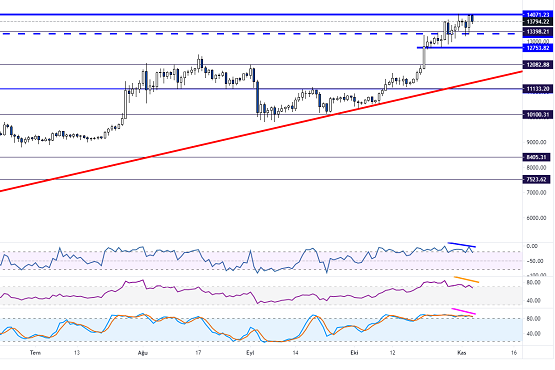 Ethereum is trading around $ 385 in the morning. DeFi tokens had depreciated by around 50% in October and interest in the network decreased, as a result, demand for ETH declined. Ethereum 2.0 developer Quantstamp announced that the update was ready for launch before the end of the year, and the decline in ETH was curbed to some extent. Still, the shift of dominance to BTC has not slowed down yet, but the number of accounts with 100 or more ETH in their wallet has advanced to a 3-month high. Therefore, we can say that there is a recovery on the basis of ETH.

When we consider ETH / USD technically, the downtrend that has existed since September 1 and the upward channel that has been formed since mid-October began to conflict with each other. Daily support at the $ 380 level in retreats. On the other hand, the descending trend is passing through the $ 402 level and we are watching a squeeze in the $ 380-402 range. Although the outlook looks weak, we can see upward reactions as long as they do not hang below this area. 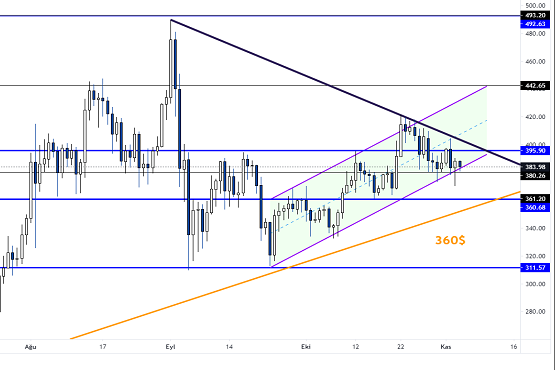 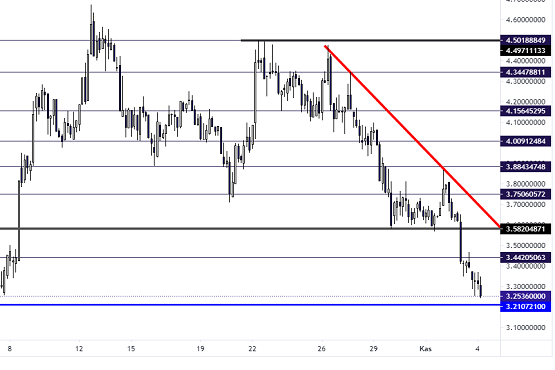 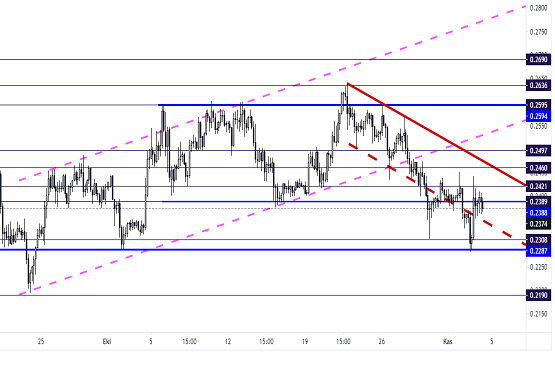 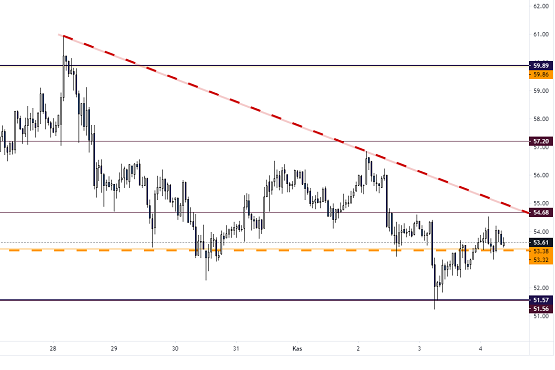 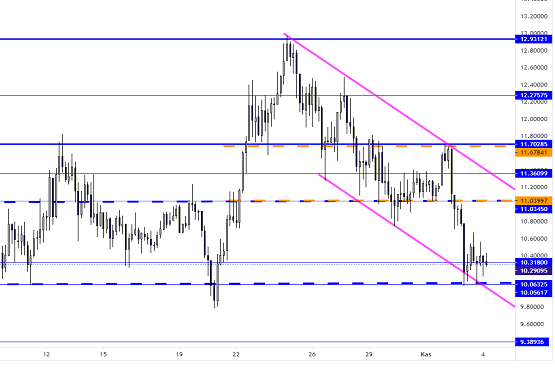 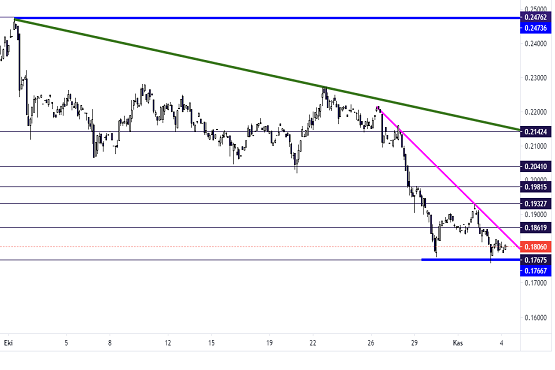