Tether launches a coin called MXNT. This new coin, pegged to the Mexican peso, was listed on Thursday. MXNT became the 4th pegged currency to be issued by Tether. MXNT is supported on Ethereum, Tron, and Polygon. Mexico continues to receive investment from major crypto asset companies after the increase in cryptocurrency use in Latin America.

LUNA 2.0 Launches
Following the LUNA-UST crisis, which is shown as the biggest reason for the big decline in cryptocurrency,  Luna 2.0 is coming to the market. It was announced that the previously used LUNA will continue with the name LUNC (LUNA Classic) and the name of the new coin will be LUN.

Another Crypto Asset Development in JPMorgan
On May 20, a fund tokenized by JPMorgan as collateral transferred its share. It was reported that BlackRock had assets in the transfer, but BlackRock was not directly connected to the transaction. However, according to JPMorgan officials, BlackRock has been doing a great deal of research on blockchain technology since day one.

Famous Billionaire Bill Miller's Cryptocurrency Comment
Famous billionaire and businessman Bill Miller said that Bitcoin will be insurance against a possible financial collapse. He stated that the system did not have any problems with any intervention of the Fed in the money supply and that it priced itself in a way that was not tied to the Fed and continued on its way in a healthy way.

Product Introduction from Nissan in the Metaverse

While recession concerns in global markets and central banks' monetary tightening rhetoric supported the selling pressure in risky assets, the US growth data released yesterday supported the concerns. The U.S. economy contracted by 1.5 percent in the first 3 months of the year, despite the increase in consumer spending. The expectation was that it would shrink by 1.3 percent. The expansion of the foreign trade deficit and the increase in imports were effective in the economic contraction. Although applications for unemployment benefits fell above expectations, it is thought that the employment market may slow down during the year as a result of the Fed's monetary tightening steps. After the data, the bottom of $ 28,600, which has been working as support for a long time, was tested, while the above $ 29,000 levels were tested again with the reaction buying in the afternoon.

Today, we see that Bitcoin, which lost 0.9% of its value as of the morning hours, is priced at $ 28,961. BTC/USDT, which saw a very fast sell before the US session opening yesterday, supports the critical support level of $ 28,600 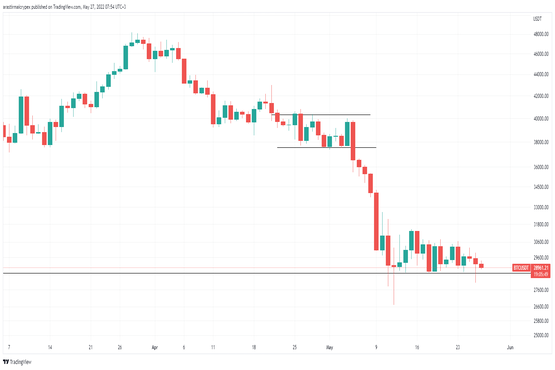 Today, we see that ETH/USDT is priced at 1743 USD, which has lost 2.6% of its value as of morning hours. Technically, we can say that it has found support from the lower band of the 50-week rectangular formation, the 1750-1800 levels. We are testing the 1750 band as of yesterday for the first time since the fall movement began. 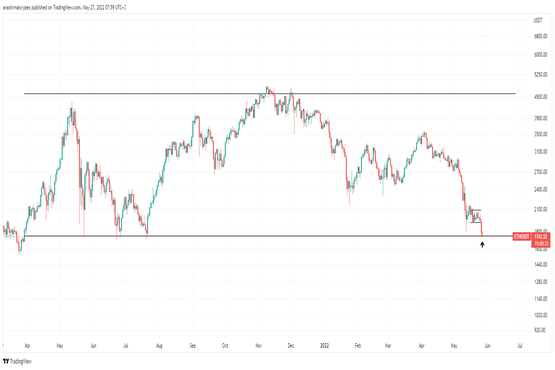 While the selling pressure has been continuing since the beginning of the week in AVAX, where the most losses have been experienced as a result of the loss of value in Terra, it was announced that the previously used Luna will continue with the LUNC (LUNA Classic) name and the name of the new coin will be LUN. We see that the effect of the news is limited on pricing. 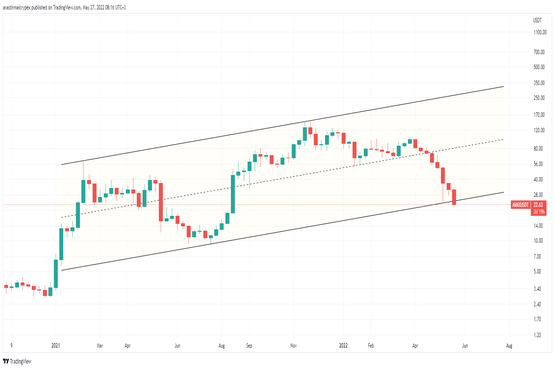 XRP, which lost 0.64% of its value as of the morning hours, is priced at $ 0.3946. When we look at the weekly chart of the XRP/USDT pair in technical terms, we see that the upward trend has been lost since March 2020. 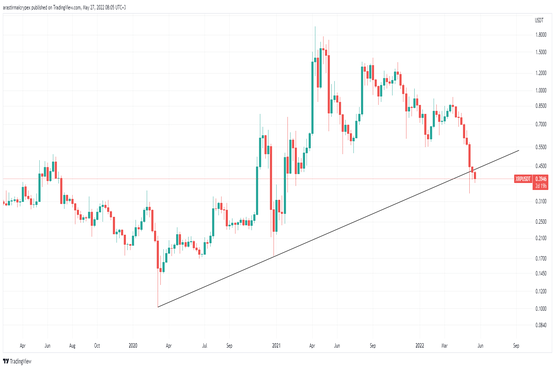 LTC is priced at $62.6, down 1.42% as of morning hours. When we look at the 4-hour chart, after the decline, the downward break of the channel rising at the bottom took place. 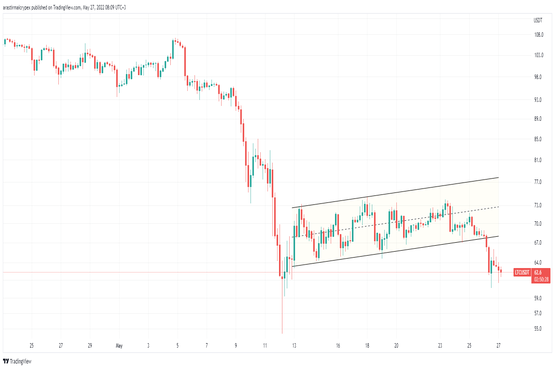 LINK, which has lost 1.98% of its value as of the morning hours, is priced at $ 6.43. When we look at the LINK/USDT pair from a technical point of view, the lower band of the falling triangle pattern seen in the 4-hour chart, the 6.64 level, could not be maintained and the downside break occurred. 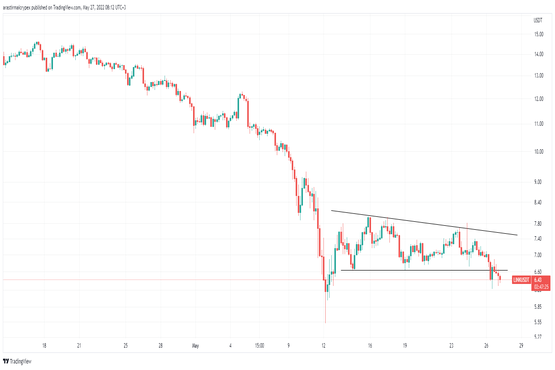 BAT is priced at $0.3594, down 3.36% as of morning hours. When we look at the 4-hour chart, the 0.3760 level, which corresponds to the lower band of the conspicuous symmetrical triangle, could not be maintained and the downside break took place. 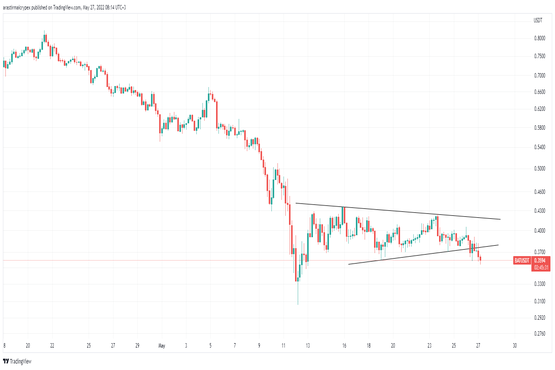