Tether (USDT) experienced a decline of up to $0.95, according to CoinMarketCap, not being able to withstand the industry's severe sales pressure on the UST incident and the downward slope of investors' stablecoin sensitivity.

Chile was scheduled to start distributing digital pesos in early 2022. However, the plan was suspended until the end of 2022, when the central bank conducted further analysis to prepare a new report by the end of the year.

Despite the overall losses in cryptocurrency markets, Ethereum whales are trading a large amount of ETH, indicating the highest daily activity since January 2022, according to Santiment.

The governor said he was close to launching the central bank digital currency (CBDC), which offers Tanzanian residents a "safe alternative". When released, CBDC is expected to counter the growing interest in specially issued cryptocurrencies, according to a report.

Do Kwon, CEO of TerraForm Labs, said yesterday that in his proposal in addition to the UST recovery plan, the UST will focus on applications for issuing and burning parameters. As a result of the voting, the transactions will be initiated.

According to Glassnode data, which presents chain data, the loss occurred and the cryptocurrency market is currently at the second-lowest point in its history. When an investor sells an asset at a price lower than the initial purchase level, they incur a loss, which is called the realized loss.

The Stablecoin Comment After the TerraUSD Collapse by Secretary of State Janet Yellen!

"This week we have seen with our own eyes the risks posed by TerraUSD and stablecoins. Treasury's doing everything they can on the risk report on the stablecoins. Stablecoins are not yet so risky as to jeopardise financial stability," she said.

We observed that the sales pressure continued since the beginning of the week, and the sales pressure gained momentum with the questioning of the trust in cryptocurrency markets after the depreciation in Terra, and the seller course continued despite the short-term response purchases in power. In addition to the recession concerns in the global markets, we see that while the negative news flow in the cryptocurrency market leads to the negative decomposition of cryptocurrencies into risky assets, pricing continues below the psychological level of $30,000 in Bitcoin during the day. On the other hand, the loss of value experienced in Tether during the day caused the panic to increase. With the panic sales, we observed a withdrawal of up to $0.95 in Tether.

Bitcoin gained a 4,95% value during morning hours and is priced around $30.467. Critical support level for BTC/USDT appears to be 28,600. This level is in the lower line of the rectangular pattern (50-week). 4-hour chart shows us a positive RSI divergence. We'll follow closures of over $28,600 to regain momentum for purchases. 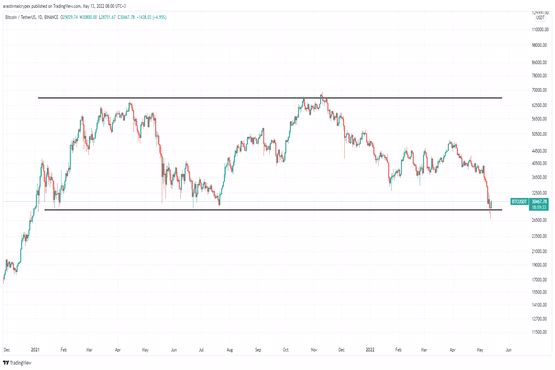 We have seen that the sales pressure in the cryptocurrency market has declined to the ETH level of 1700, which was previously tested in May, June and July 2021 and met with support purchases. We think that this level can work as a support in the short term, which has found support from the 1700 level, which is the psychological level, with negative news flow and panic sales of investors, and we think that the positive news flow that may come about the cryptocurrency markets, especially under the leadership of Terra, may result in reactive purchases.

When we consider the ETH/USDT pair technically, ETH could find support at $1750-1800 (the lower line of the rectangular pattern). There is positive divergence in RSI on the 4-hour chart. The retention of these pivot points is very critical for ETH, and we will closely monitor the purchases in this direction. In the parity where we see that the downtrend still continues, the prices are below the 8-20 day moving average. 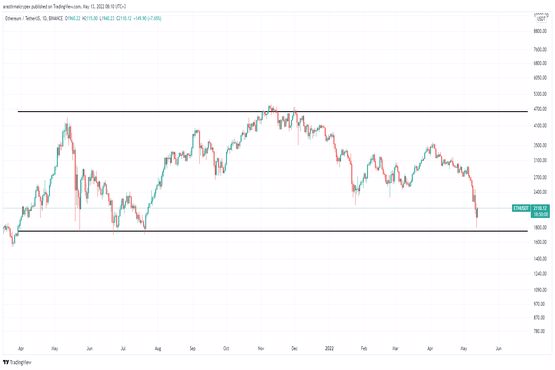 In addition to the UST recovery plan at AVAX, which was most affected by the depreciation in Terra, we observed short-term response purchases after UST reported that it would focus on applications for money printing and burning parameters, but we observed that the loss of value as a result of investors' panic sales continued last day.

When we consider it in technical terms, AVAX, which found support from $23.50 as of yesterday, is priced at 35.06 dollars with a value gain of 15%. There is a strong level of resistance at $40. If there is a close above this level, an increase of up to $50 can be seen. 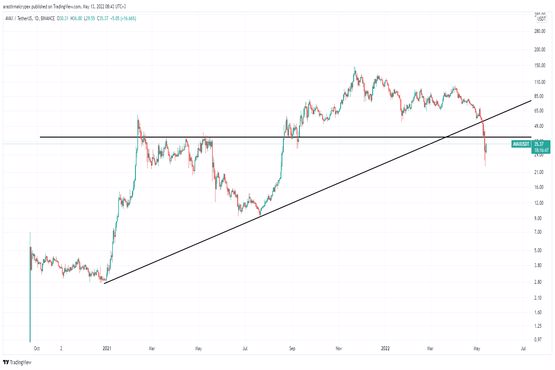 Ripple gained a 18,23% value during morning hours and is priced around $0.4559. When we consider the XRP/USDT parity in technical terms, we see that the uptrend level starting from March 15, 2020, is tested. It will be important not to lose the $0.42 levels shown by this uptrend on the weekly candle. 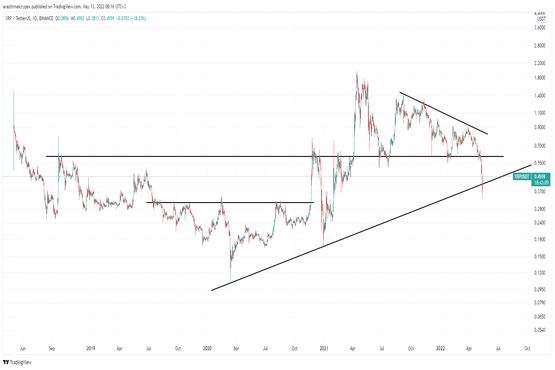 LTC gained a 10,23% value during morning hours and is priced around $71.1 When we consider the LTC/USDT pair technically, there is no major news flow, when sales pressure in altcoins continue. We see that the uptrend level starting from December 2018 has been tested. It will be important not to lose the 75 USD shown by this uptrend on the weekly candle. 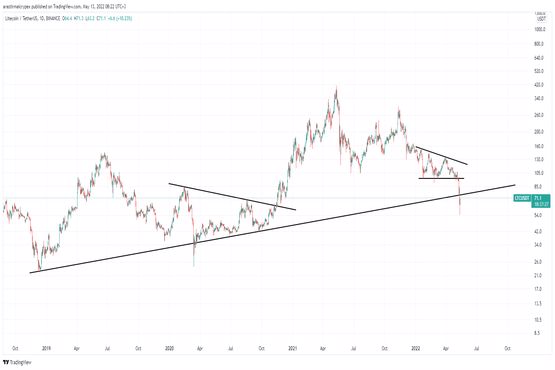 LINK gained a 12,35% value during morning hours and is priced around $7.38. When we consider the LINK/USDT parity technically, the downward trend since November continues and we see that sales have gained momentum since the beginning of the week. In the short term, the sales pressure, which came to the fore as of April, has deepened its sales since last week with the monetary tightening and its investment in secure assets. In the short term, if there is more than $7 support, the next support level of 5.95 can be followed if this level is broken in the parity, which we think that purchase reactions can appear. 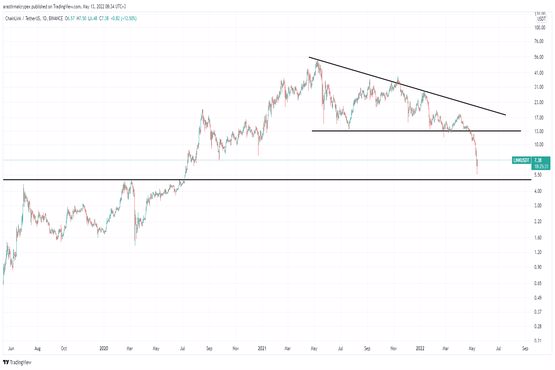 BAT gained a 14,74% value during morning hours, and is priced around $0.4102. As of the beginning of April, we see that the downtrend continues, and the parity prices are below the 8-20-day averages. We see that the level of 0.45, which is the dip level in July, is broken downwards, but what is critical is whether it will close below this level on the weekly candle. If it manages to stay above 0.45 USD, we think that purchase reactions may appear. 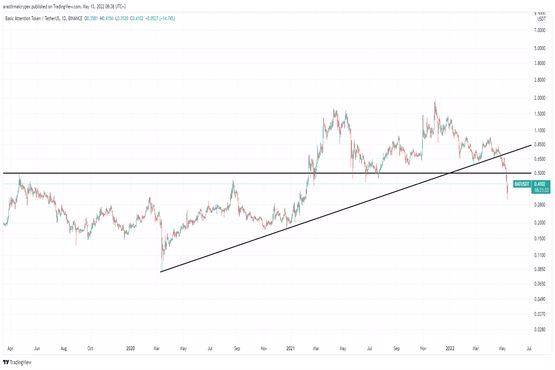