The Partnership to Create the World's Largest Skateboard Park: Tony Hawk and Sandbox

On July 13, Tony Hawk, one of the world's most famous and well-known skateboarders, announced his partnership with blockchain-based virtual world The Sandbox to build "the largest virtual skatepark ever built."

According to the latest Consumer Price Index report released on Wednesday, inflation levels in the U.S. rose 9.1% in June from a year ago, showing that the U.S. Federal Reserve's aggressive interest rate hikes have so far done little to curb rising prices.

ECB Official: Climate Change Crypto It Will Enforce Bitcoin Ban and Carbon Taxes on Its Transactions
A new report from the European Central Bank (ECB) reveals that climate change could lead to carbon taxes on crypto transactions, as well as a ban on proof-of-work assets such as Bitcoin (BTC).
The report shows that since officials in the EU have decided to heavily regulate gasoline-powered vehicles as a way to reduce greenhouse gas emissions, it would also make sense for them to pursue proof-of-work blockades for the same reason.

Magistrate Sarah Netburn has dismissed the U.S. Securities and Exchange Commission's claims of attorney-client privilege as a blow to the regulatory agency. "Documents must be submitted," he concluded.

U.S. Bankruptcy Judge Martin Glenn on Tuesday granted liquidators a subpoena and the authority to file a claim on the U.S.-based assets of bankrupt crypto company Three Arrows (3AC). Liquidators can take two dozen banks and crypto exchanges to court for information on the assets and transfers of the bankrupt crypto hedge fund.

BTC experienced a significant decline yesterday afternoon with the release of US inflation data. The results suggest that Fed policies are still not having the desired level of impact. This increases market distrust and causes people to move their money to low-risk product groups. In addition, the European Central Bank's environmental and possible mining ban statements on mining caused the price to fall to $ 18,900 levels.

Bitcoin is pricing in at $ 20,133 with a loss of 0.51% in the morning hours. BTC, which experienced a significant decline with Fed data yesterday, broke the middle band of the channel it is in to the downside and fell to the middle of the lower band. However, then the buying started with a low volume and the above 20,000 and above the channel middle band was re-reached. In addition, we can say that the falling channel in the hourly is also broken upwards. 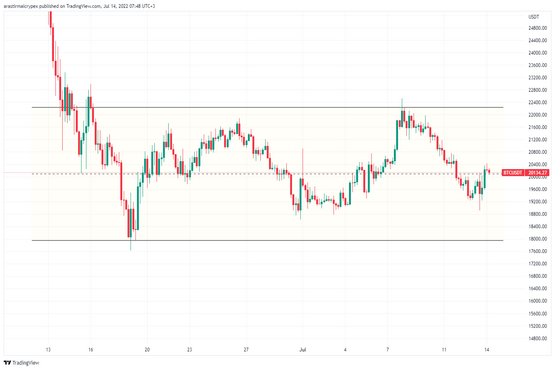 Today, ETH, which lost 0.44% of its value in the morning hours, is priced at $ 1109. Ethereum, which seems to be in an upward trend on the 4-hour chart, fell to the level of $ 1000 with the negative news yesterday and the $ 1000 level could not be broken downwards and came to just below the channel middle band of $ 1110. We can say that the breakdown of this level in the upward movement is very important. We can also say that the $1000 level in ETH is an important demand zone to repeatedly test and remain strong, and it will be quite difficult to break. 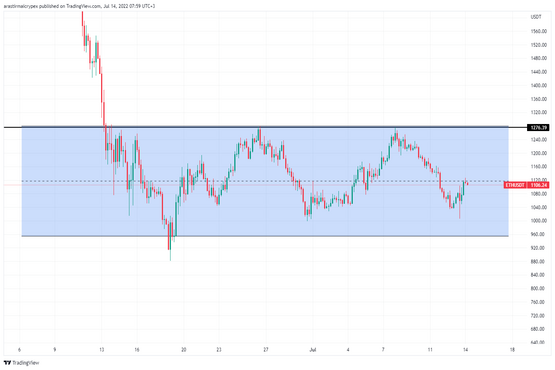 AVAX, which has lost 0.74% of its value as of the morning hours, is priced at $ 18.70. AVAX, which finally broke the downward trend it was in, also declined below the channel near the middle band of the wide channel after the developments yesterday. However, the reaction purchase also moved the price up in AVAX, and from the bottom of $ 16.42 to $ 19 with a 15% increase. 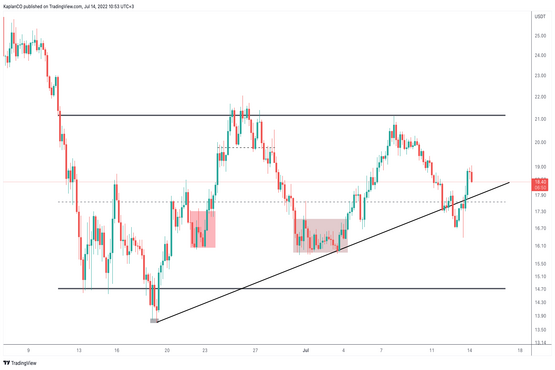 XRP, which lost 0.01% of its value in the morning, is priced at $ 0.3218. XRP, which is in a channel like many other coins, fell to the channel middle band of 0.3050 with the general decline yesterday. Although Ripple, which also broke the support downside, fell to the level of 0.30, it could not close below the bar and advanced to the middle of the lower band. On the upside, it seems critical that Ripple breaks the channel mid-band of 0.3280. 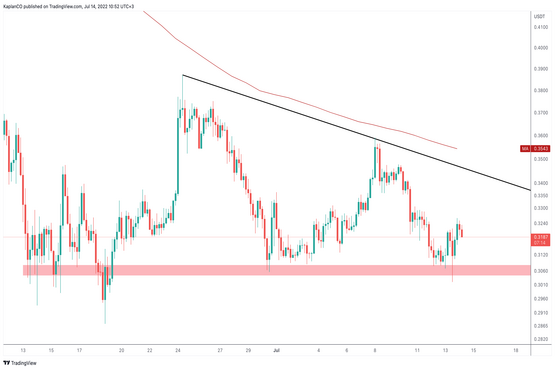 LTC is trading at $49.19, down 0.75% as of the morning hours. LTC seems to be stuck in the lower band of the channel it has been in for a long time. Testing the continuous downside breakdowns and the residual sub-support closes could signal that the channel has broken and will fall to the 41.50 support. At the moment, it does not seem that the channel will be able to stay very strong if it is slightly above the middle band. 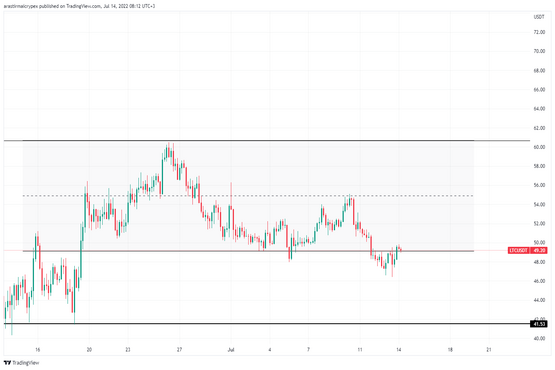 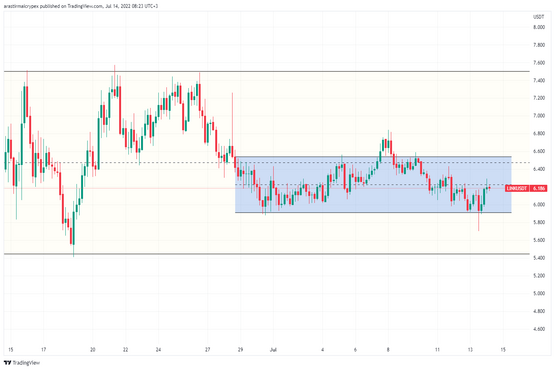 BAT is trading at $0.3785, down 1.70% as of morning hours. BAT has been in the same channel since mid-May. When we look at the 4-hour chart, we see that after testing the channel middle band, where it entered a downward trend from the upper band to the lower band within the channel, the trend broke and started an upward movement and the middle band acted as support. In BAT, which has drawn a very weak image compared to the past weeks, it seems that the channel that has been in for months will not be broken for a while. 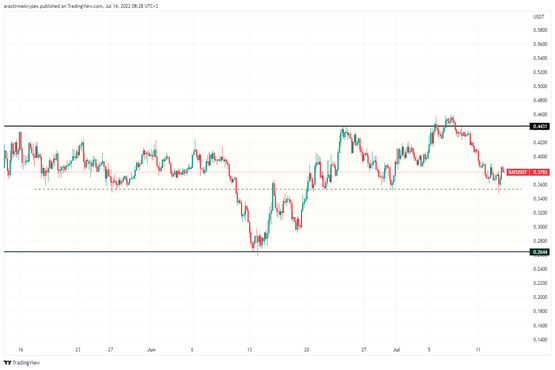