LGT Bank has announced that it will start offering storage and trading services for Bitcoin and Ethereum by partnering with the Swiss cryptocurrency bank Seba. Seba, on the other hand, supports more than 14 cryptocurrencies such as Litecoin, Polkadot and Tether.

Elon Musk Has Changes His Twitter Profile to BAYC NFTs!

Elon Musk, one of the richest people in the world, recently announced his purchase of twitter, replaced the profile picture of his twitter account with a gold Bored Ape surrounded by other Bored Apes. In response, Elon Musk's move increased ApeCoin by more than 20%.

The Fed decided to increase interest rates by 50 basis points for the first time in 22 years. "We find it appropriate to continue the increase in interest rates. Our main policy is to bring inflation back to 2%." "If we need to raise higher interest rates, we will not hesitate to do so," he said. However, Bitcoin increased by 3.5%.

For local cryptocurrency miners, who will pay double the electricity drawn from the standard energy grid in accordance with a Presidential Decree issued this week, Uzbekistan hopes to legalize the use of solar energy in the local industry and remove cryptocurrency miners from coal.

The report, published by the Bitcoin mining council, states that 58.4 percent of sustainable energy is used in Bitcoin mining. With this report, Elon Musk is expected to explain whether Tesla will use Bitcoin as a payment instrument again.

Bitcoin gained a 0,15% value during morning hours and is priced around $39.749. The Fed decided to increase interest rates by 50 basis points for the first time in 22 years. "We find it appropriate to continue the increase in interest rates. Our main policy is to bring inflation back to 2%." "If we need to raise higher interest rates, we will not hesitate to do so," he said. However, Bitcoin increased by 3.5%. When we consider the BTC/USDT pair technically, the price movement continues within the existing ascending channel as of January 24. In BTC, which retreated towards the channel lower line with the investor tension focused on the Fed's statement, it found support from the same line with the arrival of the expected explanation. A buy signal was received when the 7-day and 14-day DEMA intersected. As of the daily close, we expect the rise to continue in BTC, which has a bullish engulfing candle formation. Its short-term initial price target is $40,775 (the 50EMA level). 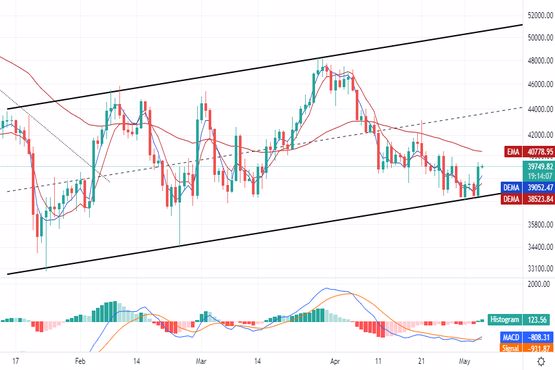 Ethereum gained a 0,20% value during morning hours and is priced around $2945. Brubank, another Argentine private bank in Argentina, said its customers could trade cryptocurrencies through its website after first saying Banco Galicia would allow them to trade cryptocurrencies. Besides, South America has become the country with the sixth highest cryptocurrency adoption rate in the world.

When we consider the ETH/USDT pair technically, ETH, which continues its price movement within the ascending channel, has recently found support from the level of 2720 dollars. When we consider the metrics in the daily chart, MACD continues giving a buy signal. Our expectation for ETH, which is accompanied by the bullish engulfing candle formation as of the daily close, is that it continues to rise to the level of $3200 (the middle band). 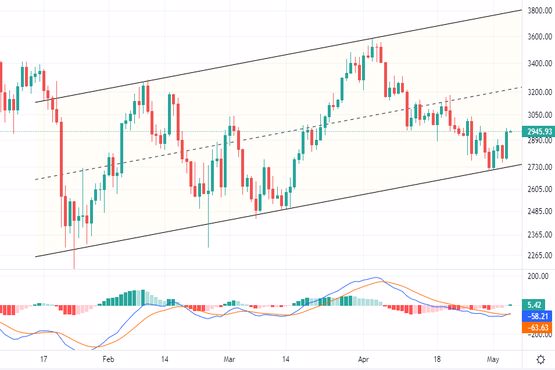 AVAX gained a 1,50% value during morning hours and is priced around $68.51. AVAX, which broke the strong uptrend that it has tested many times before, there was a pullback and negative segregation according to the market, as well as a withdrawal to the demand area marked with blue, which is the demand area of about 1 year. The daily metrics show that there is a recovery. For AVAX, we expect a rise of up to $75.26 (the 50EMA level). 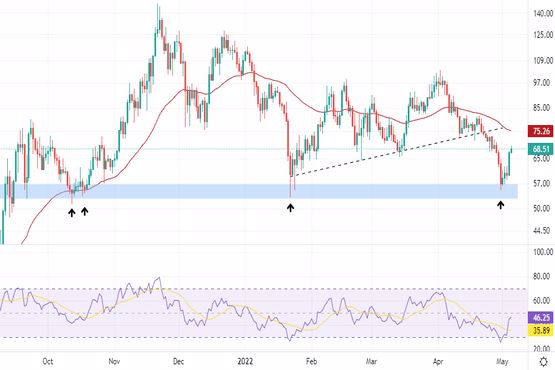 Ripple gained a 0,30% value during morning hours and is priced around $0.6481. When we consider the XRP/USDT pair technically, in XRP, which continues its price movement within the existing horizontal channel as of February, the channel lower line has recently broken downwards and there has been a pullback up to the previous supply-demand zone of 0.64-0.58 dollars. We believe that this zone will not be lost in the short term and the rise for XRP will continue in the short term. 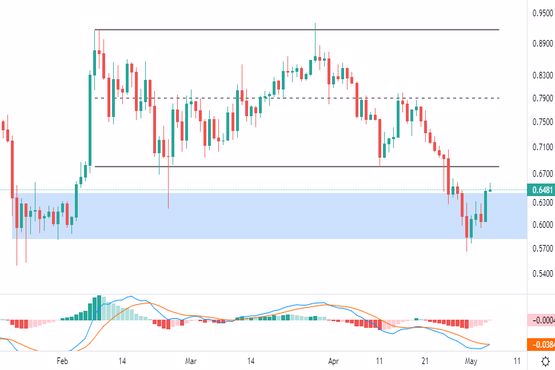 LTC gained a 0,10% value during morning hours and is priced around $106.3. When we consider the LTC/USDT pair technically, there is no major change in the outlook. The LTC, which has a constant reaction from $115.1.  in the short term, has recently experienced a pullback to $97.6, a strong level of support that it has tested 5 times before. Positive pricing continues in LTC, which receives support from this region. Gradual rises towards the level of 115 dollars can be seen in the short term for LTC, which shows positivity compared to the market. 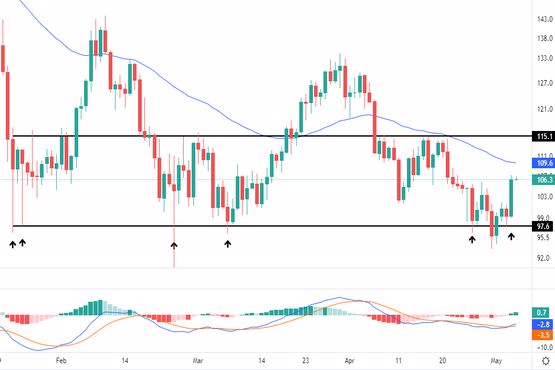 LINK lost a 0,60% value during morning hours and is priced around $12.13. When we consider the LINK/USDT pair technically, this horizontal channel (which exists for about 1 year) has recently been lost downwards in the parity. In cryptocurrencies, which experienced pullbacks before the Fed explanation, the retracement might have ended close to the previous local dip levels. With a daily close of LINK above its downward trend as of April 3, the drop appears to have ended for now. A rise might follow towards the first significant resistance level of $13.50. 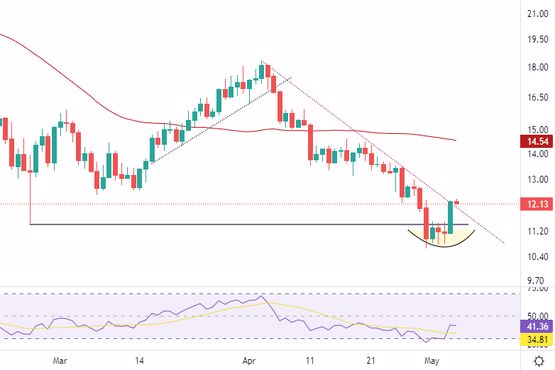 BAT gained a 0,70% value during morning hours, and is priced around $0.6593. When we consider the BAT/USDT pair technically, in BAT, which retreated to the dip level of February 28 ($0.56-0.58), the channel lower line, could finally surge after the Fed explanation. In the daily chart metrics, we see that that buy signals are active in the oversold zone. At the same time, there is a candle formation that supports the continuation of the rise as of the daily closing. We expect the short-term rise for BAT to continue to be as high as $0.73. 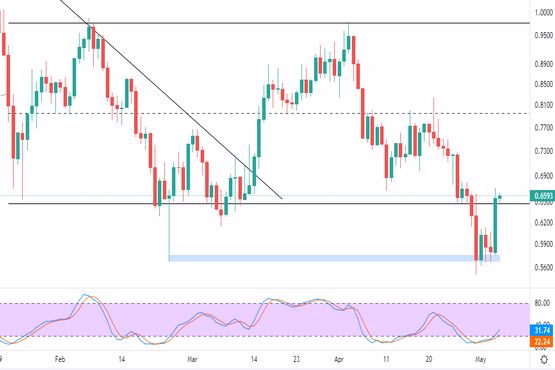