US Senator To Introduce New Comprehensive Cryptocurrency Bill Next Year

A US Senator known for her crypto advocacy is reportedly planning to introduce a bill to modernize how regulators treat digital assets next year. Republican Senator Cynthia Lummis of Wyoming, who owns Bitcoin (BTC), intends to propose a sweeping bill in 2022 that would change how crypto assets are taxed and categorized.

President Recep Tayyip Erdogan said during a meeting on Friday that the country's cryptocurrency bill is ready, local media NTV reported. Erdogan said: "The bill is ready. We will send it to the parliament as soon as possible." And he added: "More and more countries are regulating the growing industry, while financial regulators and governments in other countries are actively working on cryptocurrency regulations."

Binance's Turkey operation has been fined nearly 8 million Turkish Lira, worth $750,000, for violating Anti-Money Laundering laws, as overseen by the Financial Crimes Investigation Board of Turkey (MASAK). The amount was reported as the maximum possible administrative fine for the offense.

Shiba Inu is the Most Viewed Cryptocurrency on CoinMarketCap in 2021

Meme coin, which has become the best-performing cryptocurrency of the year, has consolidated its place in the mainstream, receiving 188 million views. SHIB surpassed Bitcoin (145 million) and its competitor Dogecoin (107 million) in the viewership rankings. Ethereum and Cardano occupy the fourth and fifth places with 86 million and 81 million views.

Ethereum Gas Fees Are Currently 62% Cheaper Than Last Month
Since November 9, 2021, transaction fees on the Ethereum network have been cut by more than half the rate they were on that day. At the time, the average fee for moving Ethereum was $62.84 per transfer, and since then, the fees have dropped 62.85% to $23.34 per transaction.

Bitcoin gained a 0,38% value during morning hours; the current price is $50.963. When we consider the BTC/USDT pair technically, BTC, which broke the major downtrend corresponding to its peak level of $69,000 last week, retested this trend over the weekend. In the daily chart, the metrics give a buy signal for BTC, which closed yesterday positively. The upward break of the $54.575 level (50MA) for BTC, whose next nearest resistance level is $52.950, may bring more dramatic rises. 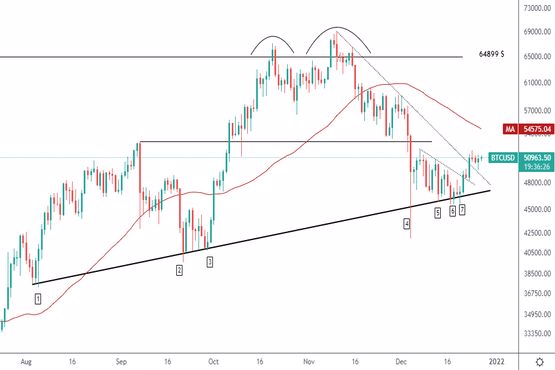 When we consider the ETH/USDT pair technically, ETH broke the stagnated zone that exists as of December 10 broke the upward trend last week and the major uptrend and the resistance zone marked with blue. In the daily chart, ETH holds onto those levels and metrics give a buy signal. The positive outlook prevails for ETH, which has reached its weekly candle close above $4000. 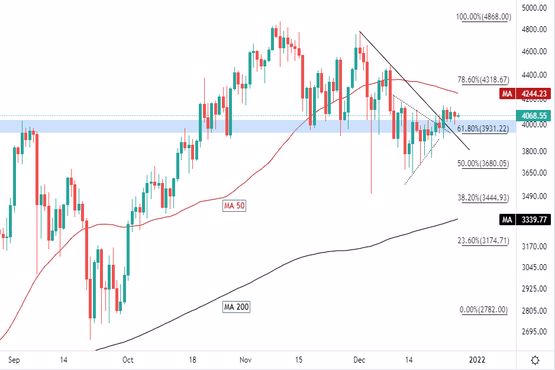 AVAX gained a 0,50% value during morning hours, and the current price is $115,32. When we consider the AVAX/USDT pair technically, AVAX, which has been continuing its price movement within the ascending channel since August, the rise towards $127 occurred. AVAX, which has experienced a slight retreat from this level, retested the midrange band again yesterday, and the intraday losses were wiped out along with the demand. AVAX has a stagnated price movement between the lower line and Fibo'78,60. We expect it breaks the Fibonacci level, and upward prices follow. 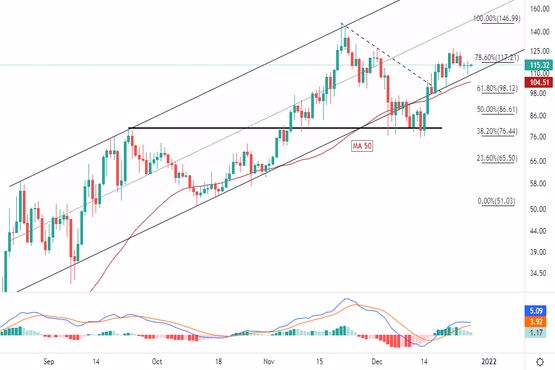 Ripple gained a 0,20% value during morning hours, and the current price is $0,9216. When we consider the XRP/USDT pair technically, XRP continues price action inside the ascending channel on September 7. It had sharply risen to the 50MA level after the breakout momentum. XRP retreated below the $0,9256 (200MA) level on Friday after reactions from the 50MA level. There XRP has a sideways trend; those averages should be broken. 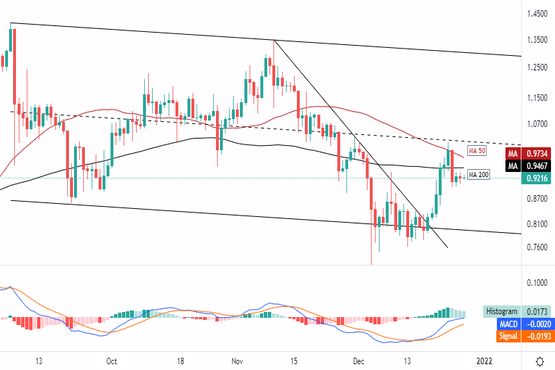 LTC gained a 0,30% value during morning hours, and the current price is $156,1. When we consider the LTC/USDT pair technically, LTC found support from the zone marked with blue, breaking the major downtrend yesterday. But no momentum followed this. In the daily chart, the metrics show us a buy signal. LTC has accumulated. If it breaks the 200MA level, a momentum can come up. 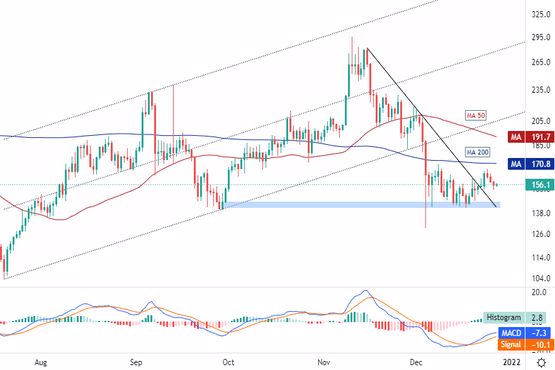 LINK gained a 0,30% value during morning hours, and the current price is $23,03. When we consider the LINK/USDT pair technically, LINK, which continues price action inside the ascending channel as of July 2020, broke the major downtrend after finding support at the lower line of the channel. The breakout led to non-stop momentum. As we already mentioned in the previous daily bulletins, we expect the rise continues to $24,42, the resistance level (200MA). 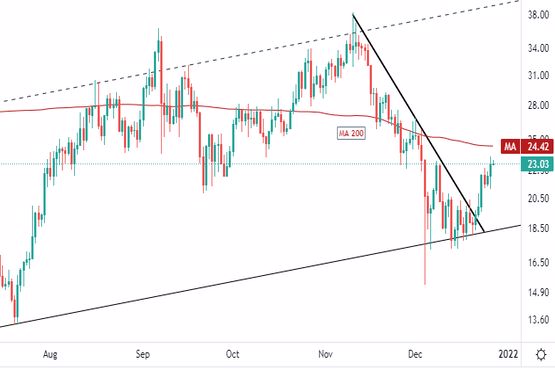 BAT gained a 2,40% value during morning hours, and the current price is $1,3683. When we consider the BAT/USDT pair technically, BAT found support at the uptrend as of October 30 and surged last week. It also broke the 50MA. After this breakout, BAT rose to the resistance level marked with blue. Holding onto those levels will lead to resolving sales pressure. As long as the daily candle close does not occur below this level for the BAT, which holds onto Fibo'61.80, our bullish expectation continues. 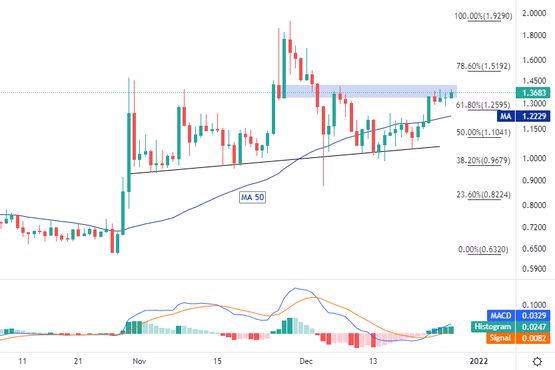