The total value locked (TVL) in decentralized finance (DeFi) has jumped back above the $200 billion range, hovering around $216.49 billion on Saturday morning The TVL in DeFi has increased 13.60% since tapping a low of $190.57 billion 13 days ago on January 23.

This Florida Home Will Become the First in the U.S. to Be Sold as an NFT

The Spanish-designed Gulfport property in Florida will be auctioned online by Palo Alto-based real estate technology company Propy, which will start at $650,000 and whose property rights will be minted into a digital token.

The U.S. Securities and Exchange Commission continues to delay approval of the Bitcoin spot exchange-traded fund. The SEC has stated that it is delaying its decision on whether the largest Bitcoin fund, the Grayscale Bitcoin Trust, can be converted into a Bitcoin spot ETF. The securities regulator stated that Grayscale's application did not meet its concerns about manipulation, liquidity and transparency in the Bitcoin market.

The total number of BTC locked in Bitcoin Lightning Network capacity has reached 3,400 BTC. This is an equivalent of around $141 million. In the system, where person-to-person payment transaction fees in BTC are very low, there has been a significant increase over the last year. The same trend seems to continue this year as well.

A senior member of the Russian parliament has stated that private individuals mining cryptocurrencies can expect a higher tax burden from businesses in the industry. While the issuance of digital currencies will not yet be regulated in Russia, authorities are moving to recognize it as an economic activity, which would allow the government to tax mining profits.

Crypto Market Ends Week Gaining Over $160 Billion
After weeks of high volatility, the cryptocurrency market has made gains in the past seven days, attracting significant capital inflows. According to the data, as of February 6, 2022, the cryptocurrency market had regained $1.9 trillion in market capitalization after adding $162 billion in capital from January 31, 2022.

Bitcoin gained a 1,05% value during morning hours and is priced around $42.795. When we consider the BTC/USDT pair technically, BTC broke the downtrend as of November 10, on Friday along with sharp sales and continues its upward movement. It appears the sales pressure is over and new demand is formed in BTC, which broke the resistance zone in the $39,000-40,500 band along with the downtrend. If it holds onto the $42,815 (50MA level), a rise might follow towards the $49,000 level (200MA). 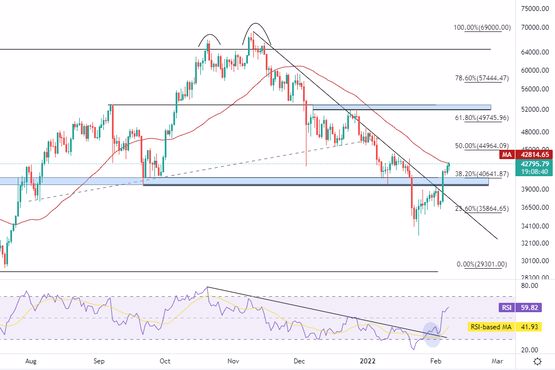 Ethereum gained a 1,40% value during morning hours and is priced around $3073. When we consider the ETH/USDT pair technically, ETH broke the short-term minor trend upwards and could hold onto $2985 (the resistance zone). Starting the new week on a positive note, ETH may continue to rise towards the first resistance level, $3230, which coincides with the major downtrend. 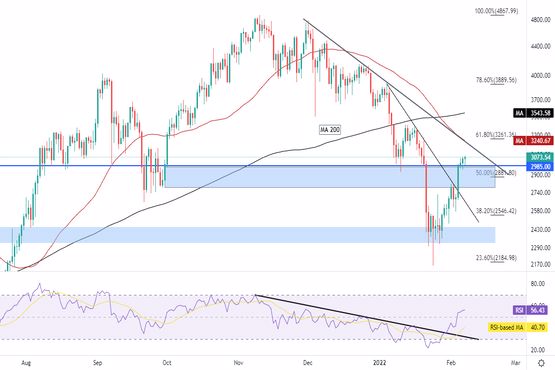 AVAX gained a 3,60% value during morning hours and is priced around $81,42. When we consider the AVAX/USDT pair technically, AVAX, which sharply fell to $50, broke the major resistance level at $79,80 upwards as of this morning. With this breakout, we expect the rise to continue towards the $89.36 level (50MA). 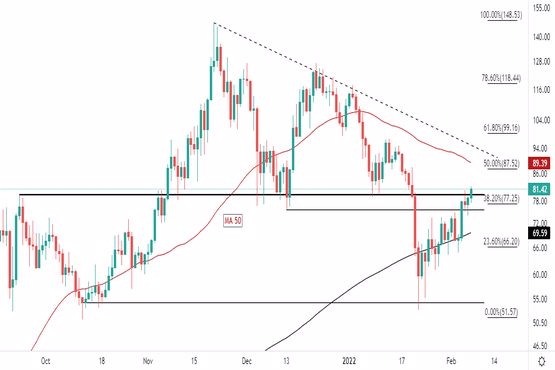 Ripple gained a 6,40% value during morning hours and is priced around $0,7216. When we consider the XRP/USDT pair technically, XRP has finished its sideways trend, as we mentioned in the daily bulletin yesterday, and broke the zone upwards. After the breakout, it reached the target level of $0,7121 this morning. If held above the $0,7121 level, price action could continue towards the $0.75 level, which coincides with the major downtrend. 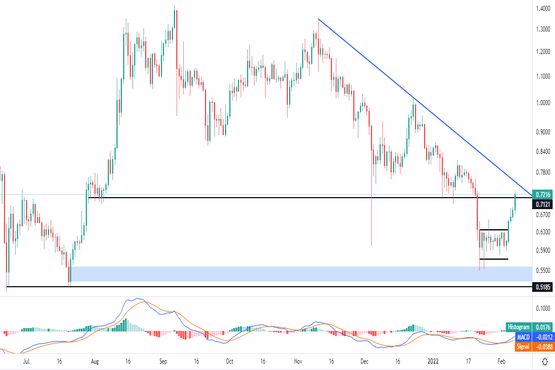 LTC lost a 0,55% value during morning hours and is priced around $126,7. When we consider the LTC/USDT parity technically, LTC, which has seen a horizontal price movement between $ 113.1 and $ 104.9 for a long time, broke the $113.1 level upwards with the gains in the market for the last fews days. As we mentioned in the daily bulletin last week, for LTC, which we said will determine the short-term price direction of the breakout, the rises can continue towards the level of 133.5 dollars (50MA). 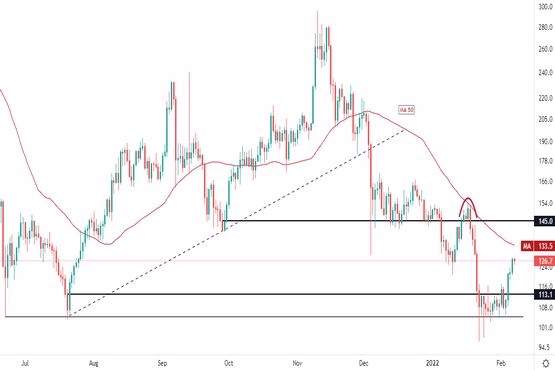 LINK gained a 3,15% value during morning hours and is priced around $18,63. When we consider the LINK/USDT pair technically, LINK continues price action inside the ascending channel as of July 2020 in the weekly chart. And it surged after finding support from the channel lower line. For LINK, which did not break the blue-marked demand zone to the downside, the upward trend is expected to continue towards the $20.79 level (50MA level). 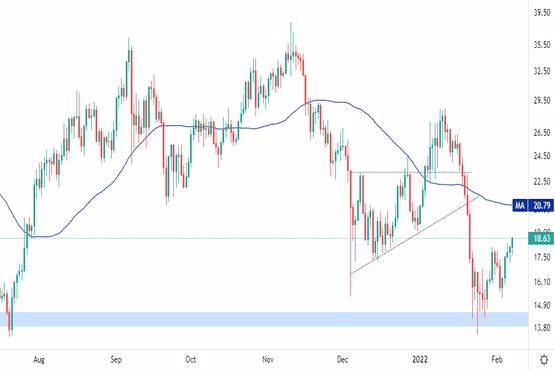 BAT gained a 0,70% value during morning hours and is priced around $0,9457. When we consider the BAT/USDT pair technically, BAT has repeatedly tested the uptrend that has existed since June 2021 and broke it downwards. But, it violated the price action and broke the trend upwards again. Following this breakout, BAT faced a high demand. The first resistance level is $0,9555. If the breakout of the resistance level and the downtrend occurs, the sales pressure on BAT might decrease, and demand zones might trigger a rise.