At the event, Vitalik Buterin announced that they had come to an end for Ethereum's transition from Pow consensus to PoS, and that they expected the merger to take place in August, although it was not certain. He said there may be a delay until October due to problems that may occur during the process.

Surprising Cryptocurrency Development in US

In the US, a bill was introduced to include crypto assets in 401(K) plans. If Byron Donalds' bill is passed, crypto assets will be officially used in America, and a large number of Bitcoins will be stored for long periods of time in people's retirement plans.

The famous Swiss watch brand Tag Heuer has announced that payments made in cryptocurrencies will be accepted. Payments will be considered twelve cryptocurrencies and five stablecoins. Frederic Arnault, 27, the CEO of Tag Heuer, said in statements that they believe in crypto-assets and that they will be integrated into crypto assets regardless of the falls.

Petition to SEC for Ripple

The XRP's years-long SEC trial has recently seen another development. The lawyer, John E. Deaton, wrote a petition explaining why XRP investors invest in XRP, on what information they invest and the attrition they experienced in this process. In this process, which started with the action of 67,300 XRP investors, Deaton's petition was submitted to the court.

On the last trading day of the last week, the fact that VIX reached 32 again with recession concerns caused sales pressure on all risky assets under the leadership of sales pressure in US indexes. Hard sales pressure, especially in technology indexes for 7 weeks, led to 20-year averages of Price/Cost in Nasdaq, while losses in technology stocks reached $5.5 trillion. Due to the high correlation between Nasdaq and BTC, the sales in the index lead to the sales momentum in BTC, while the expectation of approaching the dip in the market causes the reactive purchases to come to the forefront. While some of the losses have been compensated, the draft law report presented in the US to include crypto assets in the 401(K) program supports the BTC's effort to hold pricing above $30,000.

Bitcoin lost a 0,38% value during morning hours and is priced around $30.171. Critical support level for BTC/USDT appears to be 28,600. This level is in the lower line of the rectangular pattern (50-week). As the graph shows, it is very important that this level is not lost in weekly-basis candle. When we look at the 4-hour graph, the symmetrical triangle formation stands out. The recovery of the risk appetite on the global side will trigger an upward break in this formation. 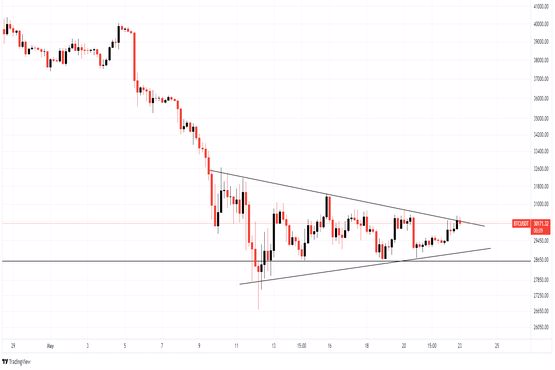 ETH finally ended the sales lasting for last 7 week and opened the new week with partial buying demands. Ethereum's Founder Vitalik Buterin stated at an event that Ethereum's transition to PoS coming soon, and they expect the merger to take place in August despite the unclearity. This announcement supported the level above $2000, but the low risk appetite in the global markets leads to a limited buying.

Ethereum lost a 0,28% value during morning hours and is priced around $2037. When we consider the ETH/USDT pair technically, ETH could find support at $1750-1800 (the lower line of the rectangular pattern). We follow the upward breakout of the symmetrical triangle formation seen in the 4-hour graph. 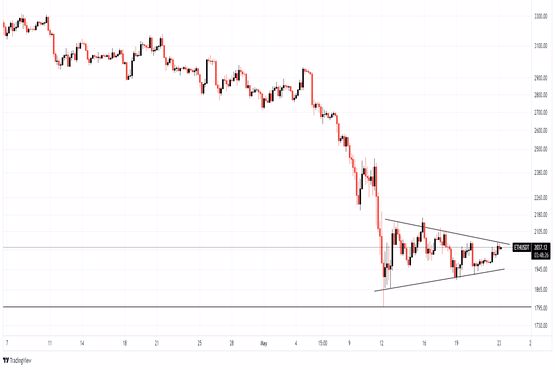 The partial sales pressure continues as of the first day of the week in AVAX, where we see that the sales pressure continues in the 8th week due to the LUNA happening and recession risk concerns that led to the triggering skepticsm in crypto assets. Concerns about Fed-led monetary tightening and recession in global markets have led to increased bond yields, as well as supporting escape from risky assets.
AVAX lost a 0,54% value during morning hours and is priced around $31.59. When we look at the 4-hour graph, there is a rectangular formation at the dip after the fall. The next target appears to be around $35 if the formation's resistance of $32 is broken. 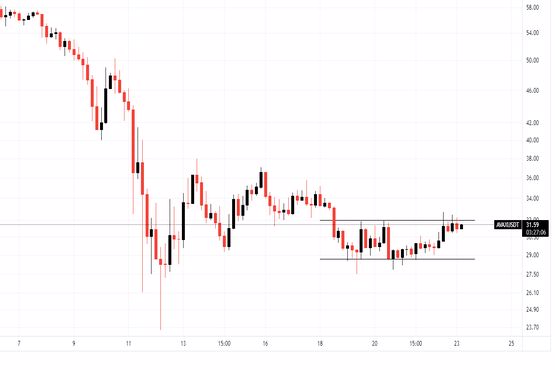 Ripple lost a 0,21% value during morning hours and is priced around $0.4209. When we consider the XRP/USDT parity in technical terms, we see that the uptrend level starting from March 15, 2020, is tested. We can say that the USD 0.42 levels shown by this rising trend are maintained on the weekly graph, so the major uptrend still continues. When we look at the 4-hour graph, the symmetrical triangle formation stands out. The recovery of the risk appetite on the global side will trigger an upward break in this formation. 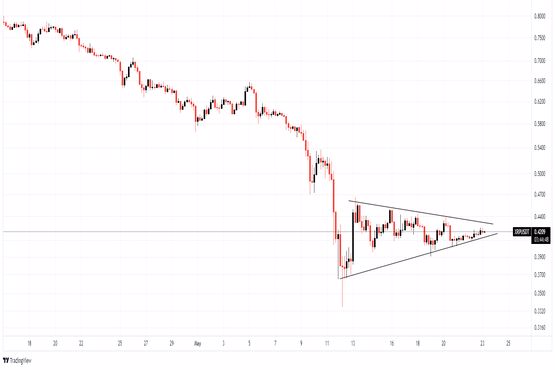 LTC lost a 0,28% value during morning hours and is priced around $71.5. After the fall, we'll be tracking the reversal signal at the dip level. 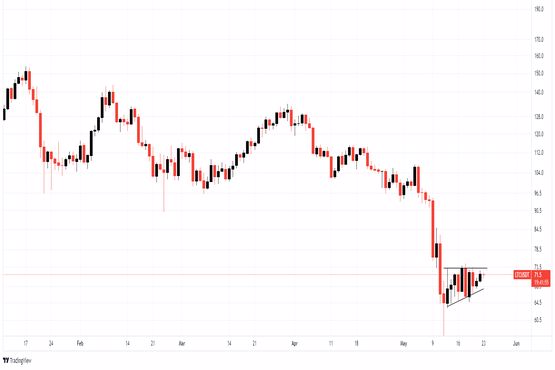 LINK gained a 0,55% value during morning hours and is priced around $7.38. When we consider the LINK/USDT pair technically, $7.30 is an important support level on the weekly graph. 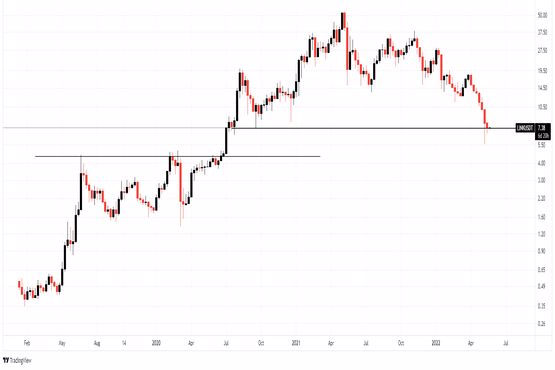 BAT gained a 0,34% value during morning hours, and is priced around $0.4081. On the weekly graph, the level of 0.3970 will be an important pivot point, and we will be watching whether this point can be protected or not. 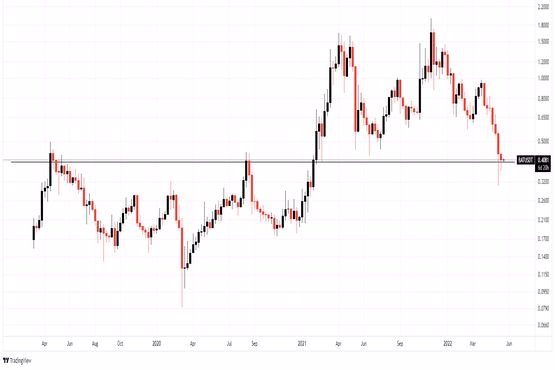