Walmart to Launch Its Own Cryptocurrency For Its Metaverse Plans

As part of the preparations for the metaverse, the retail company opened several new trademarks in late December, indicating its intention to create and sell several virtual products, including interior decoration for homes, electronics, sports products, and even personal care products. It was also stated that they could take action to launch their own cryptocurrency.

US Government Will Consider Energy Impacts of Cryptocurrencies on January 20

The Bitcoin mining sector has attracted the attention of many countries over the past year. The U.S. House Committee has an interest in this market. As a result, a meeting was planned in the United States to investigate the consequences of energy consumption incurred by cryptocurrency mining operations. The United States House Committee on Energy and Commerce will hold a hearing.

Financial services giant Fidelity says that more countries will buy Bitcoin (BTC) this year to remain competitive. In a new report, strategists at the firm say that a high-stakes form of game theory is at play and that countries that don't adopt Bitcoin early could fall behind their peers.

The most important part of the fee-burning mechanism offered by the EIP-1559 update in the summer was to make Ethereum a deflationary asset. It would only become possible in the event that the net issuance of the asset stays below the number of coins burned in a specified period. The number of ETH burned in a one-week time frame exceeded the number of coins exported, which led to a decrease in supply.

Chainalysis Report Claims Criminal Usage of Cryptocurrency Will Decrease In 2022

The cryptocurrency market has recorded a great rise in 2021. Along with legitimate use, it’s also used for illegitimate purposes. But now, according to a recent report by data analytics firm Chainalysis, the illegal usage of cryptocurrencies might drop around the world in 2022. The use of legitimate cryptocurrency will increase as more countries begin to master blockchain technology, and there will be a decrease in the rate of illegal use.

Bitcoin lost a 0,95% value during morning hours; the current price is $42.683. When we consider the BTC/USDT pair technically, BTC found support below $40.000 last week and recovered well, surging towards the downtrend as of November 10. MACD gives a buy signal, and there is a positive divergence in the daily chart. Furthermore, the 50MA intersected with the 200MA level, and a death cross formed. BTC has a high sales pressure and moves below the downtrend. 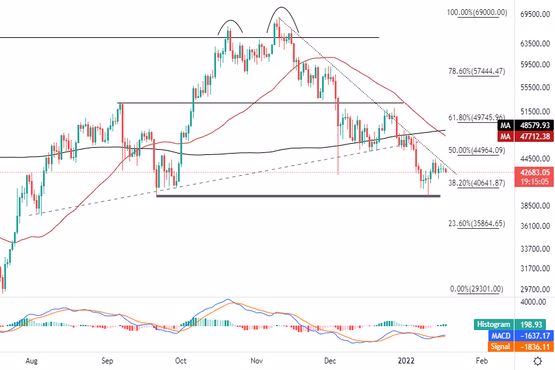 Ethereum lost a 2,40% value during morning hours, and the current price is $3267. The most important part of the fee-burning mechanism offered by the EIP-1559 update in the summer was to make Ethereum a deflationary asset. It would only become possible if the net issuance of the asset stays below the number of coins burned in a specified period. The number of ETH burned in a one-week time frame exceeded the number of coins exported, which led to a decrease in supply.

When we consider the ETH/USDT pair technically, ETH continues price action above the uptrend as of August, finding support at $2985 and surging. ETH retested the uptrend this morning. The drop may continue if it closes the day below $3261 (Fibo'61,80). There is no upward signal yet, but if it holds onto the uptrend, a rise towards $3473 (200MA) can begin. 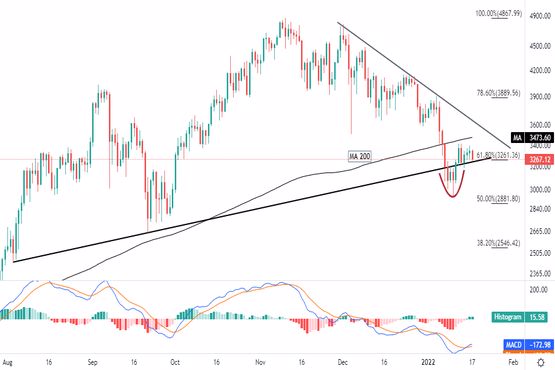 AVAX lost a 2,80% value during morning hours, and the current price is $89,65. When we consider the AVAX/USDT pair technically, AVAX retreated to $79.80 (support level) in the weekly chart and then it surged towards $98,14 (Fibo'61,80, finding support. But it did fail to break the resistance and retreated back towards Fibo'50. As of this morning, AVAX, which is retreating towards Fibo'50 again, may see a pullback towards the support level in the 79-83 band -if a downward break occurs-. 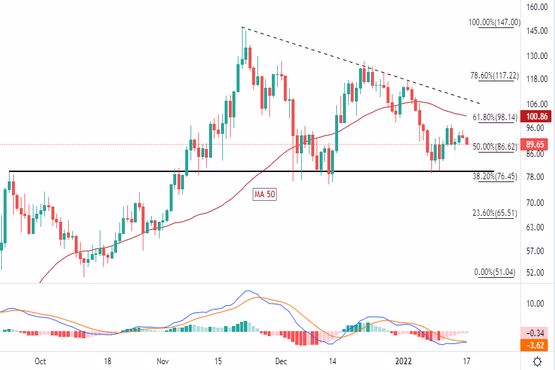 Ripple lost a 1,90% value during morning hours, and the current price is $0,7634. When we consider the XRP/USDT pair technically, XRP broke the downtrend on December 21 along with the general market movement. XRP has not momentum, but a pullback parallel with BTC. If the altcoins under the effect of major moves continue to retrace, the support level of $0,72 can work. 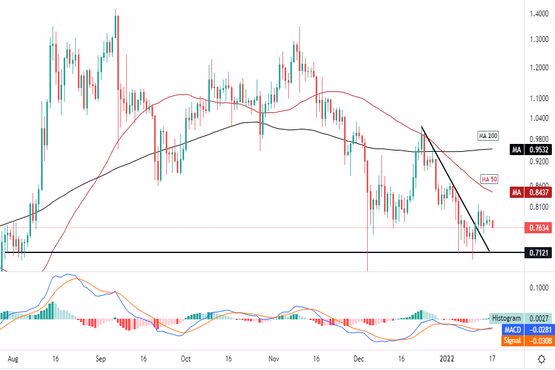 LTC gained a 1,23% value during morning hours, and the current price is $148,4. When we consider the LTC/USDT pair technically, LTC broke the downtrend as of November and could hold above the downtrend in the daily chart. After gaining momentum, LTC also broke the next resistance level of $145 and continues price action above it. If LTC continues to hold above this level, which is now expected to support, the next resistance level is $154 (50MA). 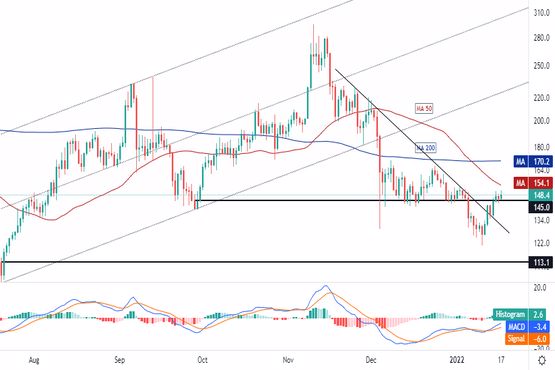 LINK lost a 2,20% value during morning hours, and the current price is $24,96. When we consider the LINK/USDT pair technically, LINK continues price action inside the ascending channel as of July 2020 in the weekly chart. LINK, which broke the $24,73 level (200MA) last week, continues its price movement above this level. If it does not hold onto the 200MA, it can go down $23,20 (support level). 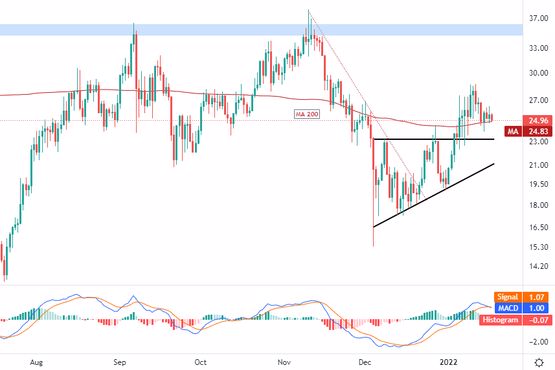 BAT lost a 2,60% value during morning hours, and the current price is $1,0280. When we consider the BAT/USDT pair technically, BAT broke the uptrend as of November last Thursday and closed the day below. Along with the slight volume ups over the weekend, BAT retested this trend, but faced a resistance and dropped. If the trend for the BAT does not break upwards again, we expect that the price movement towards $0,95 will continue. 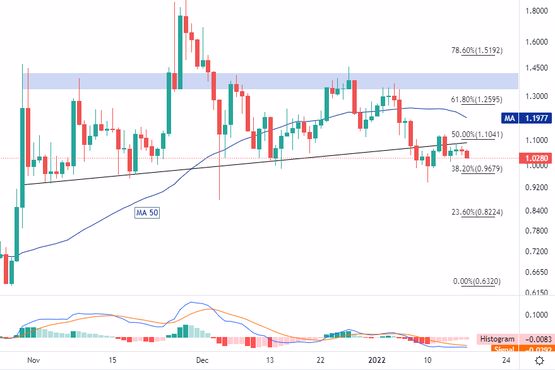