WhatsApp To Unveil Novi Digital Wallet in The United States

According to Novi President Stephane Kasriel, a limited number of people in the U.S. can now send and receive money via Novi via WhatsApp. He stressed that many people use WhatsApp to coordinate remittanies, and that Novi now allows them to perform instantly within the app at no cost and without end-to-end encryption.


MicroStrategy Buys $82 Million worth of Bitcoin
Software intelligence company and Bitcoin accumulator MicroStrategy recently added 1,434 BTC assets to their BTC assets, the company said on Thursday. The purchase was made between November 29 and December 8 for $82.4 million in cash, and the average value of each BTC purchased is approximately $57,477.

Bitcoin Hash Rate Triples
It took less than six months for the Bitcoin hash rate to recover from its Chinese collapse. The metric, which shows the robustness of the world's largest blockchain, has roughly tripled since the end of June and is close to the ATH set in May.

Total Bitcoin on the exchanges reached its lowest level in three years today with 2,408,237 BTCs on all exchanges.

Bitcoin, which gained about 1.75 percent in the morning, is priced at $48437. Software intelligence company and Bitcoin accumulator MicroStrategy recently added 1,434 BTC assets to their BTC assets, the company said on Thursday. The purchase was made between November 29 and December 8 for $82.4 million in cash, and the average value of each BTC purchased is approximately $57,477.

When we examine BTC/USDT parity in technical terms, there is no clear change in the technical outlook of Bitcoin yet. BTC continues to move prices below the current downward trend as of November 10, and the intersection in DEMA's remains a sell signal during the daily period. We believe that yesterday there was a retreat that was in our expectation and that there may be a retreat for some time. 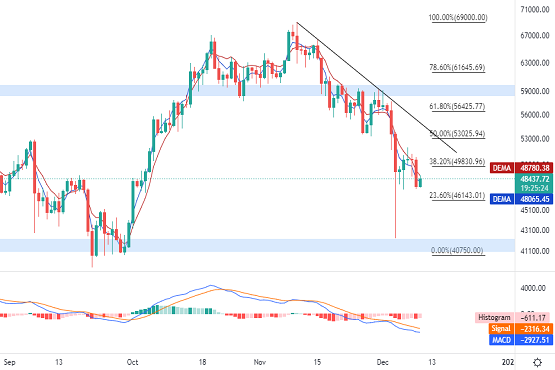 Ethereum, which gained about 0.80 percent in the morning, is priced at $4149. When we examine the ETH/USDT parity in technical terms, ETH, which shows price movement within the existing rising channel in the short-term period from December 4th, broke this channel downward yesterday. Although there have been rises towards the channel sub-band in the morning, the withdrawals may continue towards the level of $4000 with this price movement, which appears to be limited. 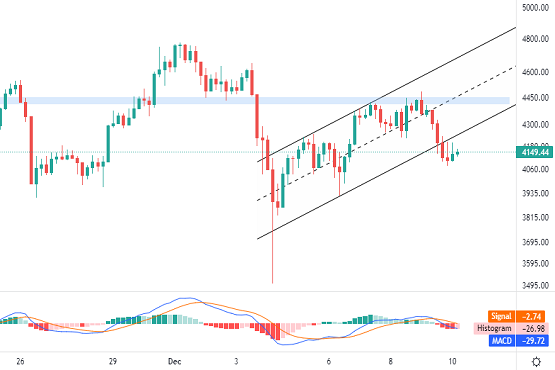 AVAX, which gained about 6.75 percent in the morning, is priced at $91.07. When we examine the AVAX/USDT parity technically, AVAX, which broke its existing rising channel as of August with yesterday's decline, rejects the channel sub-band and its 50-day moving average below this morning. If it can't rise above these two important levels again and sees a reaction, the withdrawals can continue until they are first marked in blue. 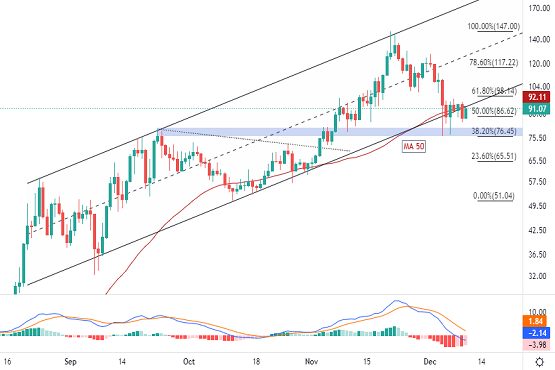 Ripple, which lost about 1.45 percent in the morning, is priced at $0.8538. When we consider the XRP/USDT parity in technical terms, we see that the price movement continues within the slightly lowering trend that exists as of September 7th in XRP, which is dominated by horizontal price movement after sharp declines. XRP, which rose yesterday with support from the channel sub-band, yesterday rejected its downward trend as of November 10th. Although demas signal in XRP, which is experiencing a pullback with the resistance it sees from the level that coincides with the train, the rise does not occur due to the negative appearance in the majors. If the downward trend breaks, the rises will begin, but if persistence is not achieved above the channel sub-band, the retreats may deepen. 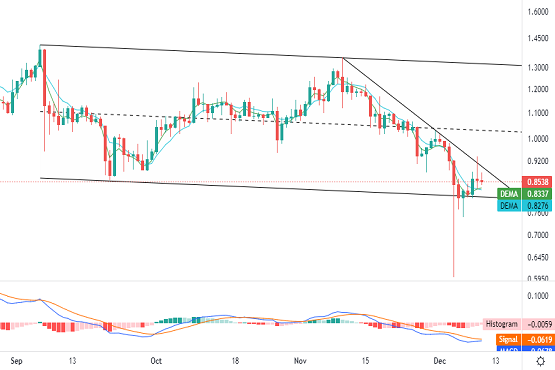 LTC, which gained about 1.35 percent in the morning, is priced at $154.5. When we consider LTC/USDT parity in technical terms, we see that volatility decreases after strong sales, and the price movement continues below $173, which corresponds to the 200-day moving average. LTC experienced a sharp retreat yesterday and a retreat towards the blue-marked support area. We expect the retreat to continue somewhat longer. 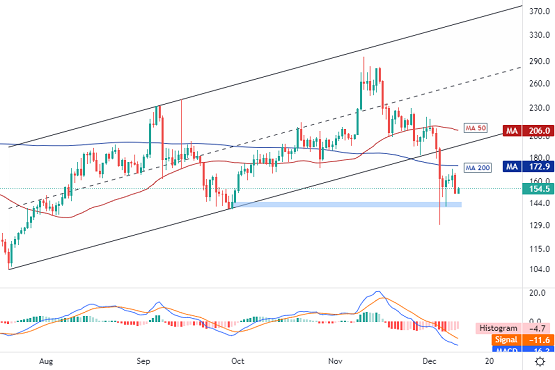 LINK, which lost about 1.40 percent in the morning, is priced at $20.20. When we examine the LINK/USDT parity in technical terms, LINK continues to move in the price movement within the existing rising channel as of July 2020 in the weekly period, although it looks strong in the weekly period, the short-term outlook has turned negative again. Link is also seen as a retreat because of market-wide sales pressure. The first level to follow is the level of $17.5 - $18, which corresponds to the channel sub-band. 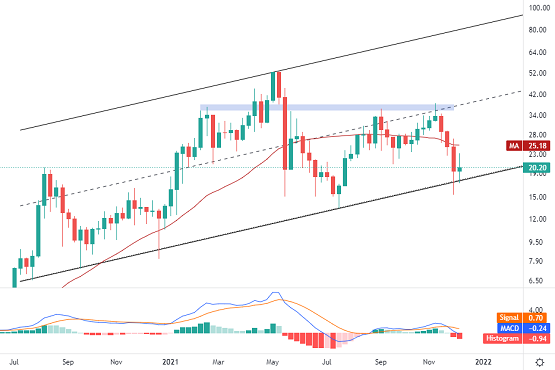 BAT, which gained about 2.00 percent in the morning, is priced at $1.1703. There is no change when we consider BAT/USDT parity in a technical sense. As we mentioned earlier, in BAT, which is experiencing a retractable retreat with resistance from the resistance zone marked in blue on the chart, we indicated yesterday that the level of $1.1168, which corresponds to its 50-day moving average, can be retested. With yesterday's fall, we continue to expect a retreat for BAT, which is approaching this level. 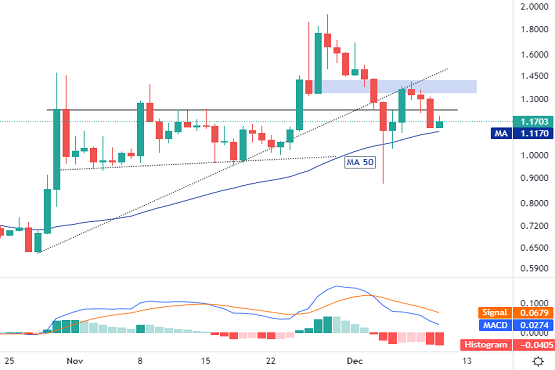