Thailand to Regulate the Use of Cryptocurrencies For Payment

The Bank of Thailand (BOT), the Securities and Exchange Commission (SEC) and the Ministry of Finance (MOF) have jointly decided to regulate the use of cryptocurrencies as a medium of exchange. They cite threats of financial instability and crime as primary grounds.

The government of Kazakhstan decommissioned the mining of crypto for the dates between 24. January - 1. February. Kegoc, the state-run electricity grid operator, will not provide electricity to the miners until next month. Kazakhstan has been suffering from power outages for months, which have contributed to the civil unrest.

According to senior analyst Tom DeMark and former hedge fund manager Jim Cramer, Bitcoin and Ether, the two largest cryptocurrencies by market capitalization, may be near the dip.

Grayscale Investments has updated its list of digital assets under consideration for this year. The company added 25 coins to the list, including Layer-1, metaverse, and blockchain-based gaming projects.

USDC Leaves Tether Behind In Terms of Market Cap and Becomes First in Ethereum
Recently, there have been tussles between the top two most popular stablecoins, USD Coin (USDC) and Tether (USDT). But recently, the USDC has reached a remarkable turning point, as it surpasses Tether in the Ethereum network in terms of total supply.

Bitcoin gained a 1,10% value during morning hours; the current price is $37.313. When we consider the BTC/USDT pair technically, BTC continues price action below the downtrend on November 10. BTC, which has fallen below the $33.000 level with sharp sales, may continue to rise for a while with the strong support it has found and the 4-hour positive divergence that has also formed in the RSI, but it is too early to indicate that the downward trend has ended. 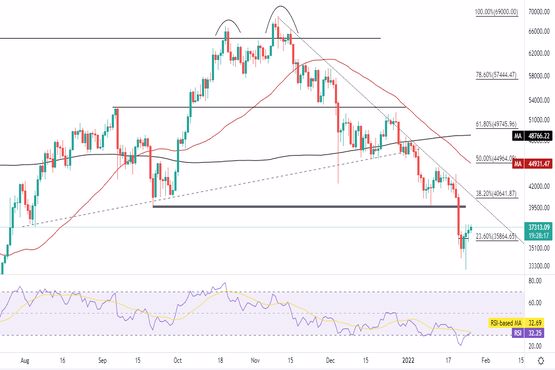 Ethereum gained a 0,55% value during morning hours, and the current price is $2470. When we consider the ETH/USDT pair technically, ETH had broken the support level at $2985. It plunged to $2200. Positive divergence in the RSI triggered ETH to rise, and it stabilized the support zone marked in blue on the daily chart. Although it is too early to say that the decline has ended, we can consider this rise as a relief movement of the long-term downtrend. 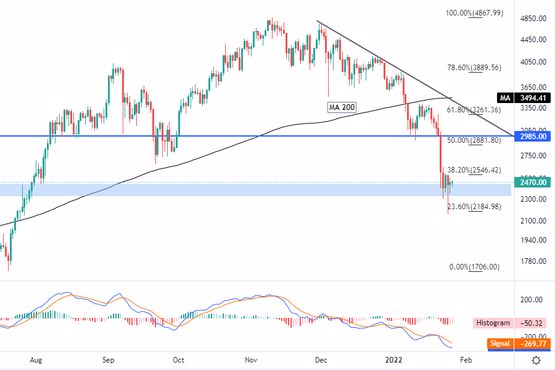 AVAX gained a 1,70% value during morning hours, and the current price is $68,78. When we consider the AVAX/USDT pair technically, AVAX broke $79.80 (support level) last week and had a sharp downward price movement. AVAX experienced a decline towards the support zone marked in blue on the chart this weekend and yesterday but could surge along with the support and positive divergence in the 4-hour RSI. AVAX may continue its rise towards $$76-79 during this period, but its rise will be limited. 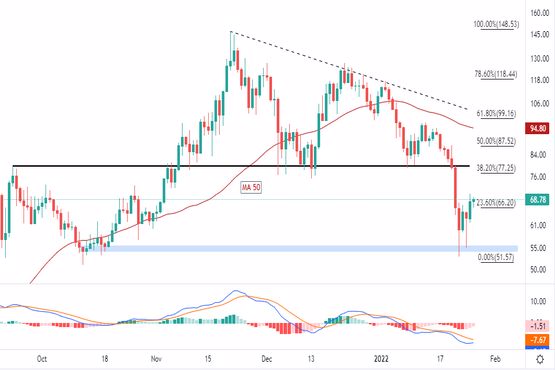 Ripple gained a 0,83% value during morning hours, and the current price is $0,6222. When we consider the XRP/USDT pair technically, XRP continues price action below the downtrend on November 10. Last week, it broke the support level at $0,7121. After the breakout, a price movement between $0,5182 - 0,7121 occurred. The XRP has recently tested the support zone marked in blue on the chart twice. There is a demand from the same zone. As long as XRP holds onto the support, a rise towards $0,71 can continue. 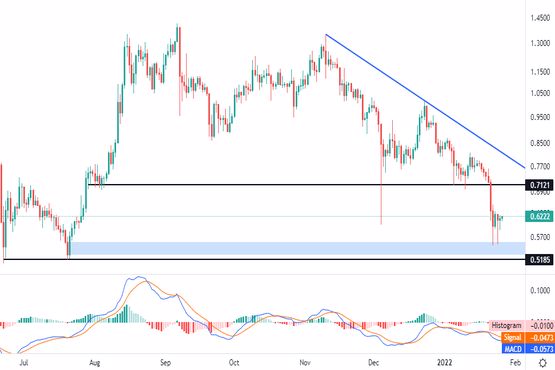 LTC gained a 0,93% value during morning hours, and the current price is $108,8. When we consider the LTC/USDT pair technically, LTC faced resistance from the 50MA level ($153) and broke the support level at $145. It continues price action below the support level at $113. As we mentioned in the daily bulletin on Friday last week, we observe that this region is protected in the daily period for LTC, which has possible support at $105-110. Along with the upward breakout of the $113 level, a rise might begin towards $126. 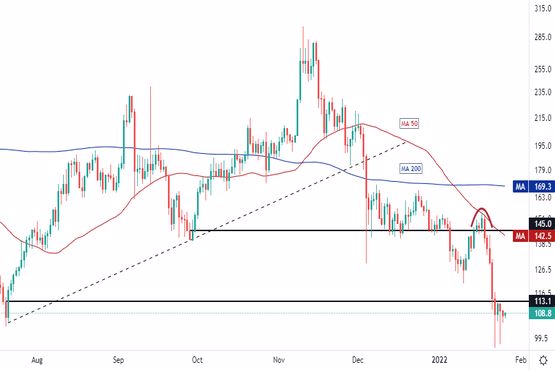 LINK gained a 1,70% value during morning hours, and the current price is $15,76. When we consider the LINK/USDT pair technically, LINK continues price action inside the ascending channel as of July 2020 in the weekly chart. LINK retested the channel lower line this weekend on the weekly chart. And it minimized the losses along with support. If today's daily candle closes positive for LINK, likely to have a positive divergence in the daily RSI, the divergence will be confirmed. A reversal signal would trigger LINK to surge. 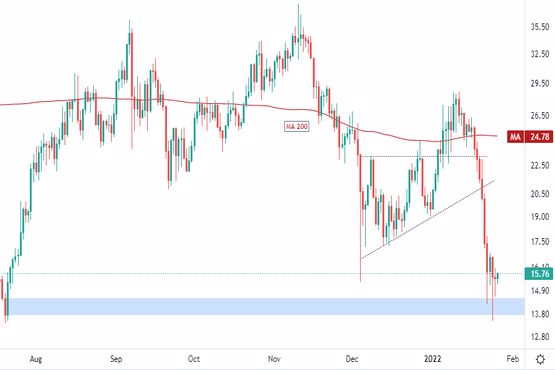 BAT gained a 3,50% value during morning hours, and the current price is $0,8199. When we consider the BAT/USDT pair technically, BAT, which retested its uptrend as of November last week, started its downward movement with the resistance from the same level. BAT tested twice the $0,64-0,65 (demand-supply zone) and surged after finding support for it. We expect the short-term rises to continue towards the resistance zones at $0.88 or 0.94. But BAT has not yet received a reversal signal except a 4-hour positive divergence. 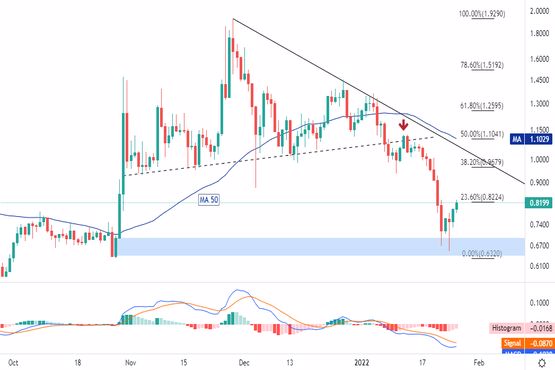