Zara, the fast fashion brand, was one of the last names to take its place in the metaverse. Launched a brand new collection, "Lime Glam", designed to be worn both inside and outside the virtual world.

Brazilian Central Bank Governor Roberto Campos Neto confirmed that the country's independent digital currency pilot will be available this year by 2022. During his speech, he said that cryptocurrencies are still more evident as a form of investment rather than a form of payment, but this situation may change with the increase in inter-class adoption.

After a $600 million hack, Axie Infiniy's creator Sky Mavis said they would hand out rewards ranging from $1,000 to $1,000,000, depending on the severity of the system's deficit.

Virgil Griffith, a former developer of Ethereum, will be sentenced to 63 months in prison at a discount and will pay a fine of $100,000 for helping people in North Korea use cryptocurrencies to evade sanctions.

The New York Financial Services Department (DFS), like banks and insurance companies, will charge cryptocurrency companies for their own regulations. This was signed as part of the state's budget for fiscal year 2023.

In the SEC's latest court ruling in the Ripple case, Judge Sarah Netburn rejected the SEC's motion for a "Review of the DPP Decision." The outcome of this anticipated case was seen as “the biggest decision in the XRP case”. It is believed that the SEC would rather settle than hand over the documents, with the result that Ripple is seen as a winner.

The popular meme token Shiba announced in a tweet from the official account as of late last night that the much-anticipated Shib metaverse was released within a few hours.

Bitcoin lost a 0,10% value during morning hours and is priced around $39.953. When we consider the BTC/USDT pair technically, the BTC, which faced a reaction from 48,300 (the 200MA level), saw sales pressure after Fed statements. The negative price movement led Bitcoin to lose the zone of $44.500-45.700. When we consider the metrics in the daily chart, MACD and parabolic SAR continue to give a sell signal. BTC, which made a price movement within the existing rising channel as of January 17, has reversed some of these rises at the end of the day, although the US inflation data did not come too high yesterday (January 17). In BTC, which has found support from the channel lower line for the last two days, if the level of $39,180 is not broken downwards, rises can be seen towards the level of $41,950 (the 50MA level).

Ethereum gained a 0,45% value during morning hours and is priced around $3043. When we consider the ETH/USDT pair technically, ETH, which recently closed the day below the level of $2986, which corresponds to the Fibo'50 slice, experienced relief after the US inflation data and carried out daily closure both above the descending trend and above the Fibo'50. Increases can be seen towards the Fibo'61.80 slice, which is at the level of 3317 dollars. 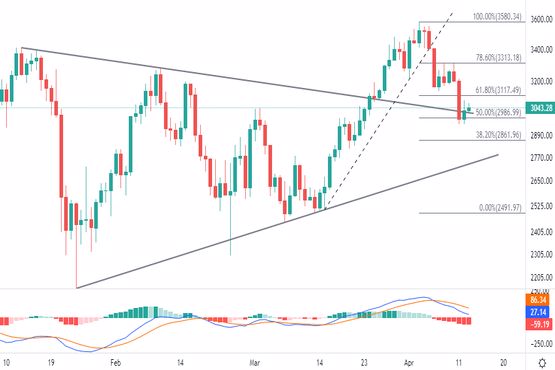 AVAX gained a 1,40% value during morning hours and is priced around $76.83. When we consider AVAX/USDT pair technically, AVAX gained momentum towards $103.62. But sales pressure from MACD and Parabolic SAR led to AVAX have dropped. As we mentioned in the daily bulletin yesterday in AVAX, which lost the 200MA level downwards, the pullbacks continued to $74, the support level of its uptrend as of 22 January. AVAX, which has found support at this level, continues its positive price movement after the inflation data coming close to the expected level. The next target for AVAX is $82.42 as long as the rising trend is not lost downwards. 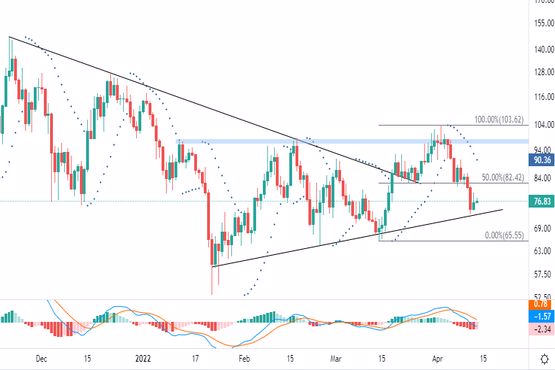 Ripple gained a 0,40% value during morning hours and is priced around $0.7180. When we consider the XRP/USDT pair technically, XRP, which recently hit the level of $0.8945 (the 200MA level), broke the 50MA level downwards. In XRP, which broke the major rising trend as of January 22, the uptrend was tested again from below with the market-wide rises. Although the metrics retain the sell signal, the rise in risky assets that experience relief after inflation data may continue for a while. 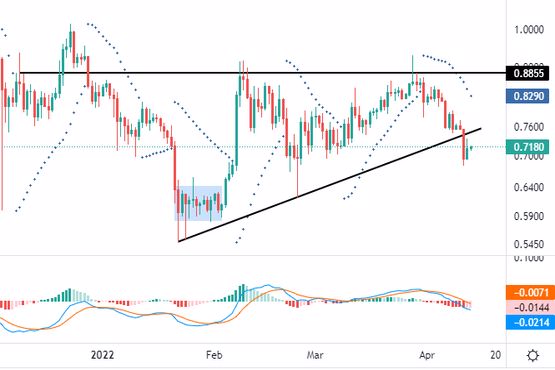 LTC gained a 0,40% value during morning hours and is priced around $104.9. When we consider the LTC/USDT pair technically, the rising channel, which has existed since March 14, was lost downwards last week. LTC started a downward price movement along with SAR and MACD sell signals. In LTC, which has found support from a zone close to $100.4, a clear reversal signal is out of the question at the moment, in parallel with the market. With the relief that comes with inflation data, a slightly rising/horizontal price movement can also be seen in LTC. 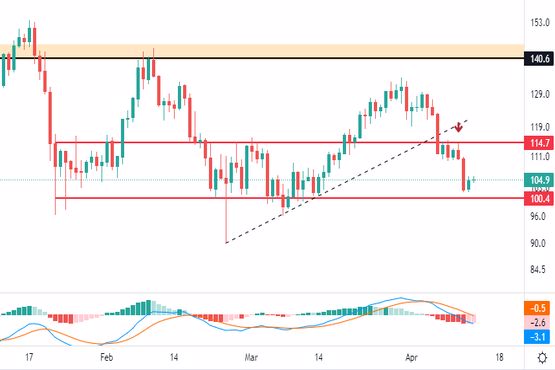 LINK gained a 0,45% value during morning hours and is priced around $13.99. When we consider the LINK/USDT pair technically, there is no major change in the outlook. As of May 26, 2021, the minor rising trend in LINK, which made a price movement within the existing horizontal channel, was lost downwards. In the daily chart, LINK broke the zone at $15,20-15,60 marked in red and the 50MA level. And it retreated towards $13. There is no clear reversal signal at LINK/USDT, which we expect to receive support from this area.

BAT lost a 0,10% value during morning hours, and is priced around $0.7175. When we consider the BAT/USDT pair technically, it is priced in the zone close to the lower line of the BAT channel, which carries out price movement within the existing horizontal channel as of January 21. As we mentioned in the bulletin yesterday, we expect short-term increases to continue since we saw a positive divergence in RSI yesterday morning in the 4-hour period. 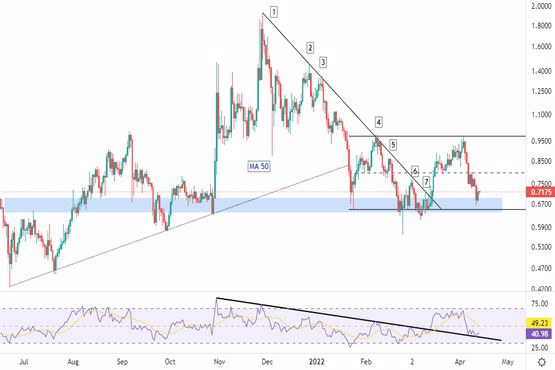